When I saw the line-up for "MPF Presents: Bands In A Brewery" had two of my current favourite UK bands in Just Say Nay and Drones, it was a no brainer. I had to go to this warm-up event for the fest! When I got there, I quickly learnt that some of the MPF crew had been at the Signature Brewery for the whole day, brewing the exclusive MPF 2020 signature beer. Furthermore, they had tied it in with International Women's Day, by inviting some of the women playing at MPF, along with the female members of the MPF crew, to be the ones to brew this year's signature beer for the festival. This in itself is very cool, but the afternoon's booze-up also kicked off the show with a nice, friendly, warm vibe, despite being in a freezing cold warehouse!

I walked into the main room in the warehouse and was instantly impressed by the massive brewing equipment, which made for an awesome backdrop to the night. As I entered, Chloe Glover was just beginning her set of lovely acoustic songs in a folky punk style. It was really cool to hear Chloe's powerful voice filling the room and bouncing off the walls, making the most of the echo. I found myself closing my eyes and soaking in the complex sound above the noise of people chatting (as pretentious as that sounds). Chloe's songs struck a real emotional chord with me, and I found myself smiling at her lyrics about being a disappointment to your parents – sounds as though we're in the same boat. She has an EP called "Dark Matter" coming out on 20th March which I'm now really looking forward to picking up! 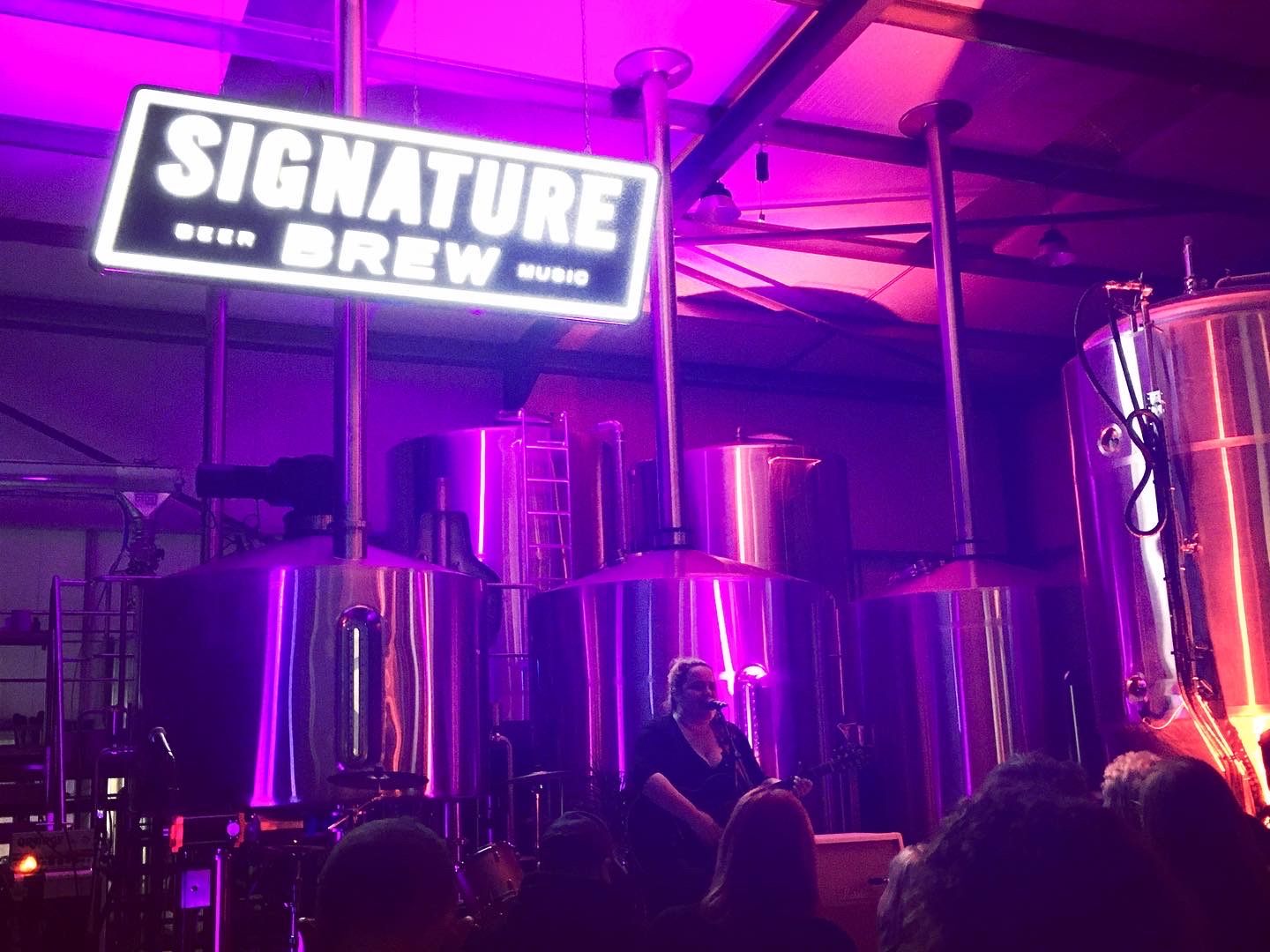 I was stoked to see Follow Your Dreams once again deliver on their brand of ferocious hardcore. The room's aforementioned echo had a really interesting effect during this set, adding to the intensity of the drums in the hard-hitting sections, but also adding to the moments of respite as the echo of the guitars faded. They played some great new songs from their upcoming album which was really cool, but the definite highlight was them treating a little girl (vocalist Kaz’s niece) on her birthday – first, they had her announce them after their first song, then treated her to some crowdsurfing later on in the set. It was magical to see some wholesome hardcore with Follow Your Dreams living up to their name by helping a little girl follow hers! 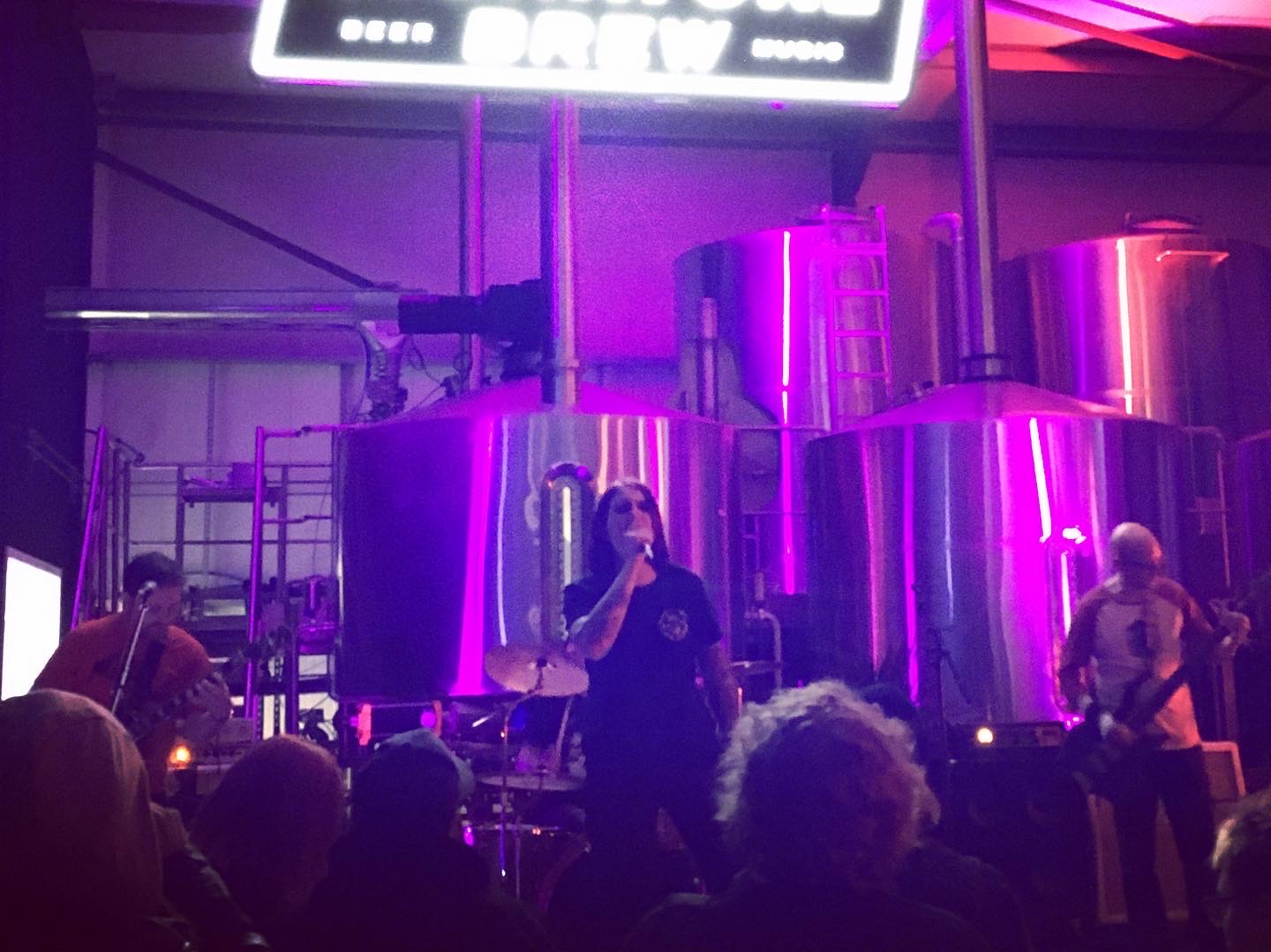 The next act was Katie MF, and this was actually my second time seeing her perform this week. Despite the band’s drummer, Tobias, playing the entire set one-armed due to an injured shoulder, the whole set still sounded great: Katie's vocals filled the room beautifully, giving the songs a nice extra kick. One of Katie's new songs, "Clusterfuck", really stuck out from the rest. After the set, I caught up with Colin and we discussed Katie's knack for writing great political songs you can get behind – not to mention her kick-ass-Against-Me-rock-and-roll vibes. 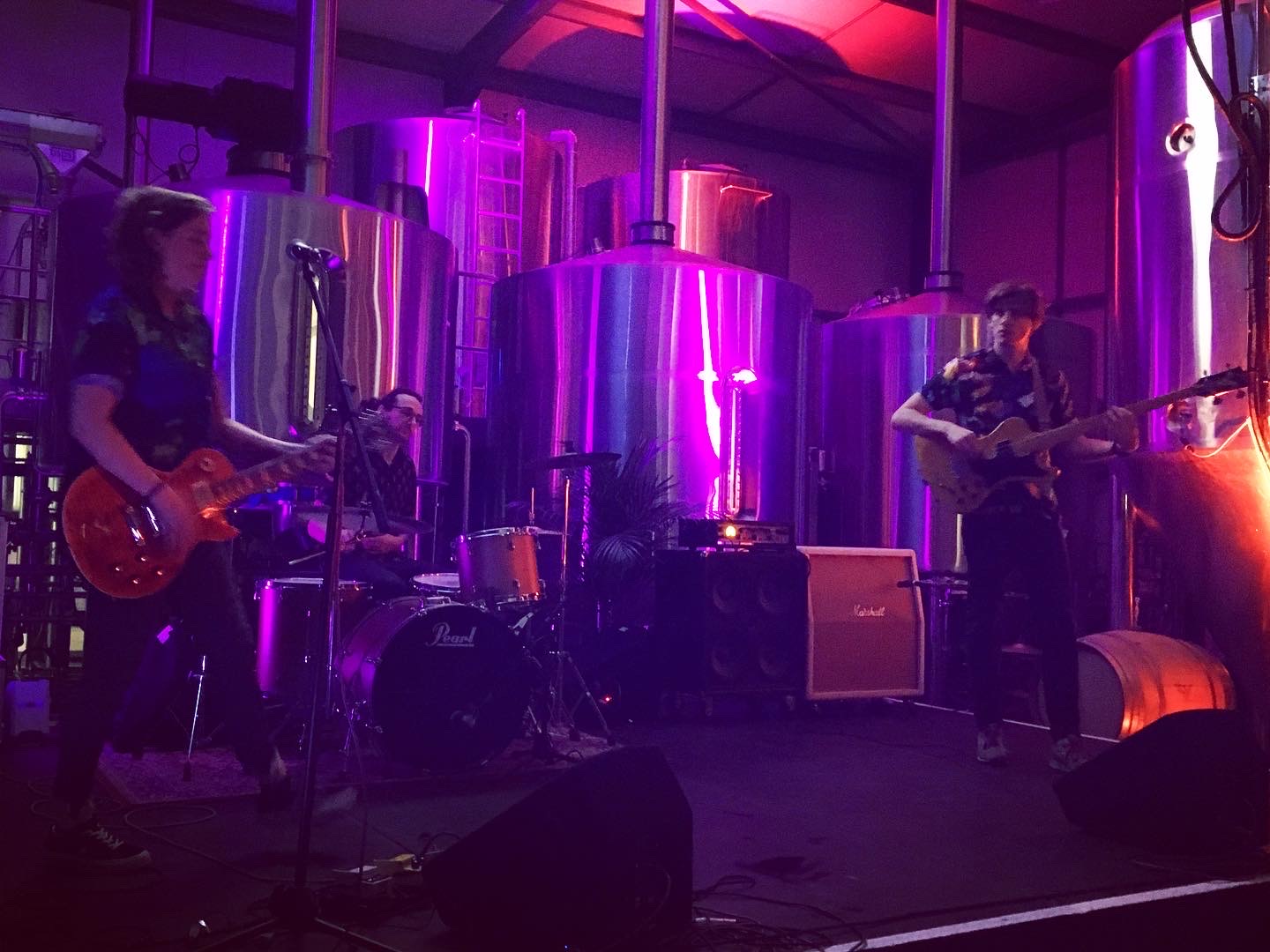 I was really worried about how Just Say Nay would sound, being a ska band in such a big room with their staggering 8 members. It really worked for them, though – the room's acoustics really drew out the brass and flute. I love watching these guys perform every time: their chemistry on stage, their songs and the energy they give out is just the best – they're always a pleasure to watch. My personal highlight of their set was getting to hear the new single "You Embarrassed Me in Front of Jamie Lenman" live, it was a lovely addition to the set against some of the old songs like "Pass Me A Cloud". 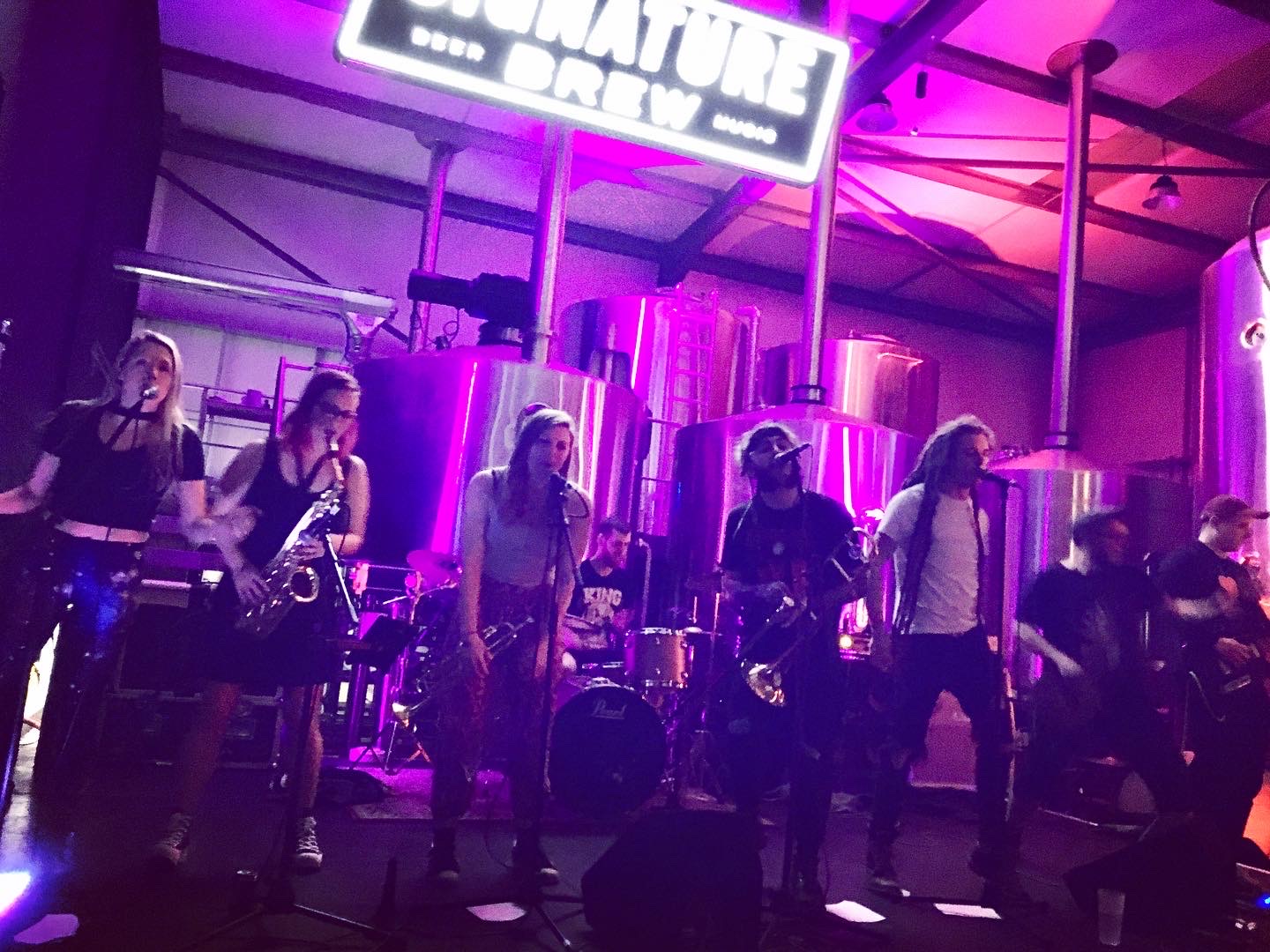 Drones don't play that frequently, but every time I see them perform I find myself wishing I get to see them more often. Their political, blood-pumping anthems make them one hell-raiser of a headline band. Their new material sent shivers down my spine, and I was super happy to finally get to hear "Graves" (my favourite Drones song!) along with "Shells Fall, Pins Pulled" which sounded absolutely fantastic with Lois singing it. Midway through the set, Lois was handed two crates of beer from Signature Brew to give out to the crowd. The beer was quickly placed into the crowd and was immediately circle-pitted, then danced around like an idol! Drones also sparked a very drunken human pyramid which ended up collapsing in on itself in a cascade of laughs! They closed with "Inferno" which was the perfect end to a great night. 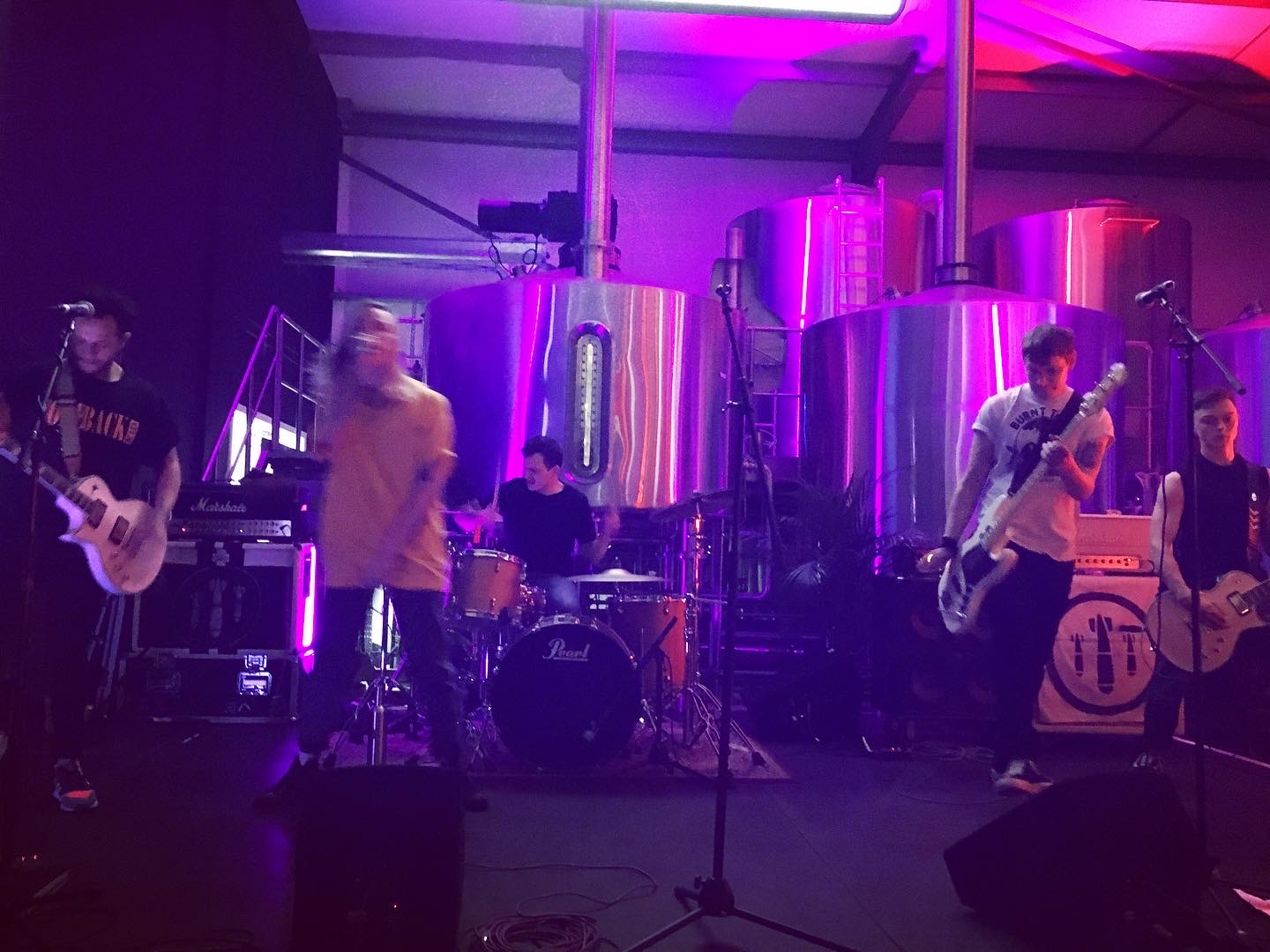 Seeing so many friends from the UK scene in the same place reminded me of last year's MPF’s vibe and got me excited for the fest in April. A lovely, boozy warm up show!

This gig review was written by Dan Kilvert. Photos by Emma Prew.
Posted by ColinsPRW at 12:22:00