Throughout the course of his career, political antagonist, social commentator and perhaps most famously Boysetsfire frontman Nathan Gray has had an uncanny ability to challenge perceptions that people hold about him, to explore different parts of his personality and ultimately keep listeners on their toes with a back catalogue that ranges from all out hardcore and metal bangers, think of either I Am Heresay or the Nathan Gray Collective on top of his aforementioned “day job”, to pop infused folk/punk/emo ditties of The Casting Out. This latest release, Working Title, is the follow-up to 2018’s excellent Feral Hymns and, whilst released and recorded under the Nathan Gray moniker, it’s a very different album to its predecessor. 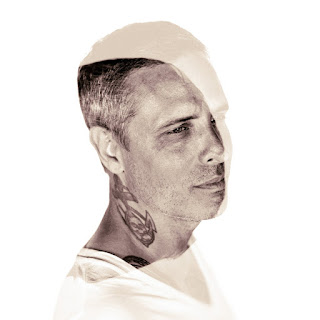 To enjoy Working Title you certainly don’t need to know the story behind it, however to truly appreciate it as a piece of art it certainly helps. If Feral Hymns was the moment Nathan escaped an all-encompassing darkness, Working Title is the new found appreciation and love for life. It’s an album full of hope. Where isolation and despair were the focus previously, it’s been replaced with celebrating all that makes us special as individuals or as a collective. The message is simple – it’s an album recognising the journey of self-discovery and not giving in when times are hard. Ultimately, Nathan has crafted what is simply the most uplifting, life-affirming and positive of albums; one that that repeatedly hits all the feels... punching you through the chest to rip your heart out just to prove to you it’s still beating.

The opening tracks are a true statement of intent; from the fist in the air declaration of never giving in and accepting one’s flaws as an opportunity to grow as a person detailed emphatically through “In My Defense” to the high tempo, fun and slightly self depreciating “I’m A Lot”; where Nathan describes his obsessive nature, and ability to fixate on things; his political / social commentary approach to life set to music. It’s an honest acknowledgement of his intensity and it’s this self-awareness that resonates through the whole album. While it’s so easy to relate to, Working Title almost feels like an autobiographical synopsis of where Nathan is with life.

Lead single and title track “Working Title” follows this explosive start and really ups the ante. Much will be made of the inclusion of another punk rock legend providing backing vocals and sure Chuck Ragan adds a real weight to the chorus (truthfully I would love to hear this as a duet ala David Bowie / Freddie Mercury Under Pressure style); Ragan’s bark creating a nice earthy grind contrasting against Nathan’s more melodic, soaring style. However, I’d also say that this is also the first opportunity for the supporting cast of stars to really shine; the drum rolls and bursts laid down by Jake Blochinger are just stunning, almost firework sounding towards the latter stages of the song, really helping build its anthemic character; alongside the fantastic noisy melody delivered by guitarist Jaelyn Robinson. “Working Title” is truly a MASSIVE song, and one you’re guaranteed to fall in love with instantly; the word anthem gets bandied around far too easily these days, but genuinely this ticks all the boxes and more!

Given the full on assault of the opening songs, you’d expect Nathan to slow things down slightly and, to be fair, he does... marginally. “What About You” starts slow, with a piano led first verse, before exploding into another big sing-a-long chorus. Again, it’s important to recognise the other contributors here as the bass line of longtime collaborator and fellow Boysetsfire player Chris Rakkus is just brilliant and creates a nice depth to a song which is largely lofty and almost ethereal at times.

The album does actually contain some quieter moments. “The Refrain”, with its heavy reliance on a string accompaniment, is (dare I say it) Disney-esque... one can’t help but imagine Angela Lansbury singing it after blasting out “Beauty And The Beast” (not a sentence I ever thought I’d write)! It’s a gorgeous song; a real tear jerker, with the ability to stop you in your tracks. There is a real sense of isolation and loss throughout the song but this is tempered by an almost knowing acceptance of letting go; it’s wonderfully nuanced and layered and reminds us that Nathan Gray hasn’t lost any of that human touch that makes songs like “My Life In The Knife Trade” or “Alone” so special. The other real subdued song is “Mercy” a folk-y punk style song that reminds me of Chuck Ragan or Tim Barry. It’s a nice addition and feels like an intentional nod back to Feral Hymns, as a way of showing how far removed Nathan is from the darkness that birthed the previous album.

If “Mercy” reminds me of a couple of punk rock legends gone solo, I can’t help but draw a parallel from The Gaslight Anthem’s Brian Fallon to “Still Here”. Fallon’s first foray into music outside of TGA was the wonderful Horrible Crowes. “Still Here” has so much of the soul and spirit I’d associate with the album “Elsie” through the music. The vocal delivery, melody (in particular the keys throughout the verses) and tones are brilliantly infused with that club band vibe; and yet it still feels perfectly Nathan Gray. Rather than a 50s stereotypes of femme fatales we have a personal journey of fighting to survive; knowing the journey isn’t over but being resilient to the path ahead. I can’t think of another song from Nathan’s back catalogue that sounds anything like this and it’s a really surprising and successful sound for him.

Both “The Markings” and “Hold” are straight up rock tunes; keeping the middle of the album ticking over. Both are immense fun and absolute ear worms. “The Markings” reminding of latter day Hot Water Music (think Never Going Back or Overload); whilst “Hold” is perhaps more akin to The Casting Out, albeit replacing the rather dark lyrics with more upbeat and positive messages.

There are also a couple of songs that provide links to Feral Hymns. “No Way” echoes “As The Waves Crash Down” with its introduction (like a call and response suggesting something of a shared DNA); and the songs “Never Alone” and “Alone” offering perhaps a more definite link through their naming and lyrical content. In both cases, the Feral Hymns tracks carry an angst which is challenged in Working Title. In the case of “As The Waves Crash Down” it is essentially a call to arms pleading with to listeners to make a final stand with Nathan, yet “No Way” is saying that I’ll stand on my own knowing it’s the right thing to do; it’s a very subtle differentiation yet demonstrates the new found belief that’s at the heart of Working Title. With both “Alone” and “Never Alone” there are some truly wonderful and goosebump inducing parallels with the lyrics (Never Alone’s “crying inside with a smile on your lips ...” “broken in silence looking for a light” compared to Alone’s “hiding fraud within their smiles” “don’t let her see I’m falling apart, the street lights burn so bright”) and it’s these nods to the past and the attention to detail that is truly astonishing and help define Nathan Gray not just as a brilliant performer but as an artist of the highest order; I dare say there are many more parallels, symbols and iconography that tie the two and would love to see what everyone else has spotted.

The final two songs are great at rounding off the album with a fitting conclusion. “The Fall” has some Cure style keys giving it a gothic tinge whilst “Down” is a proper melancholic closer. After what is an album’s worth of emotional outpouring, “Down” is the reflective breath; a pause almost to judge how far we’ve travelled. It’s a gorgeous acoustic song that is Nathan at his most poignant best, and links nicely to the Jesse Barnett split EP of last year, again showcasing Working Title as part of this ongoing process of self-discovery rather than a standalone item.

Ultimately, Working Title is a journey and needs to be appreciated as such. In many cases, it’s almost the complete antithesis of Feral Hymns in its positivity; rather than living in the darkness of the previous album, it’s a movement into the light. Yet this album could not exist without its predecessor; they are in essence companion pieces to each other, or two sides to the same coin. The first lines of the album within “In My Defense” speak of a brand new direction and coming back stronger after dealing with the ‘fall’. This is absolutely what Working Title is; it’s the voice of resilience and hope in dark times. It’s a celebration of life and love and wishes for a positive future, but a recognition that the journey we want for ourselves and our loved ones will never be complete. Working Title is yet another achievement from a man whose life and soul has been laid bare across music for 30 years. It is wonderfully nuanced, detailed, fun, hopeful and uplifting yet heartbreaking, poignant and reflective at the same time. Very few people can meld such feeling through their work, weaving such a compelling narrative set against music that resonates on an emotional level. Working Title may suggest that Nathan is on a journey and as such it’s a privilege being able to join him on the ride.