One of my favourite things about Do It Together Fest back in January was the amount of people from bands who weren't playing the festival that attended. One of those bands were Early Flights from Madrid, Spain. In January, the four-piece gruff punk band released their debut EP, Icing. Icing was recorded at The Ranch by Daly George, a name that has popped up on many fine releases over the past few years. 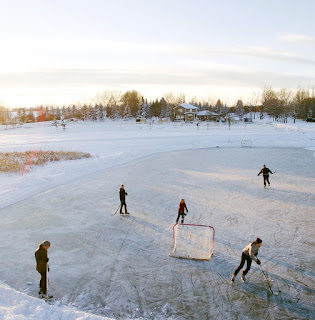 Icing begins with No Ball Games. The song starts very quickly with some double time drumming giving the track some early momentum. By the time the vocals come in, the band have you suitably worked up to lose your mind to the rest of the song. It's a melodic and catchy number that you'll quickly pick up and will be singing along to pretty quickly. Up next is the song R.B. This was one of the songs that really got me excited about Early Flights as the chorus features some superb gang vocals. This had me really wanting to throw my fists in the air and join in with the band. The track features a nice, high tempo that provides the song with plenty of urgency and energy that really helps you to care about what's going on.

Icing, as an EP, is about dealing with the absolute mind melter that is growing up and dealing with all the different expectations that come with that. The third song on Icing, Pies & Songs, really shows this. It's about feeling like you're repeating what the previous generation have done and not having new and fresh experiences to talk about. The song really showcases the band's ability to write a great song. It features an incredible three part harmony section during the middle section of the track that builds brilliantly and finally some perfect gang vocals on the chorus. It's like they wrote the song knowing what I love. It's not usually long on a release like this before an Iron Chic comparison appears. On Icing I'll make that comparison for the fourth track, The Monster. It's one of those songs that hooks you from the start and will have you singing along in no time at all.

We are lucky enough to have the penultimate song, Pictures With No Frames, appearing on an upcoming CPRW Records compilation. The song is about having lots of pictures on your camera or phone but having no memory of them. I really enjoyed how powerful the song is, there's something about it that really makes you listen and there's that passion and energy that I crave in my punk rock music. The use of gang vocals again adds so much to the song, giving it these extra layers that make the track feel so much more full. Icing's final track is named Hockey Tee. Hockey Tee ensures that Icing finishes in some style. After a brief build in the introduction, the song tells the story of remembering the fun times you had when you were younger to help deal with the stress and anxiety of getting older. Gang vocals, check. Harmonies, check. Great lyrics you can sing along to, check. What's not to like about this?

As debuts go, Icing is some achievement. All six tracks are a really enjoyable listen and are absolutely packed with so much substance. If you just want to rock out or you want something to cling on to, this EP has both. Early Flights are a new band to definitely keep an eye on.

Stream and download Icing on Bandcamp here.
This review was written by Colin Clark.
Posted by ColinsPRW at 11:37:00