The show on Sunday March 8th at the New Cross Inn has to be one of the most wholesome punk rock shows I've ever had the privilege of attending. Be Sharp Promotions, along with the Bar Stool Preachers, put on an all ages show complete with early start and finish times. Complete with a stellar line-up, we were also excited to be home from London before midnight. What a bloody treat! Brighton's Bar Stool Preachers were completing a two week long UK tour and had asked friends Nosebleed, IDestroy and Lucias from Call Me Malcolm to play the show with them.

Lucias was first to take to the stage. Fresh(ish) from playing a full band Call Me Malcolm show at Pick It Up Festival the night before, this afternoon Lucias was being solo acoustic guy. I've seen Lucias play acoustic a couple of times over the last few years and something I always enjoy is how he can show off more of his wit and sense of humour when he's on his own. Before the set, Lucias had told me his throat was struggling a bit from the night before. I helpfully suggested just playing All My Nameless Friends and extending the outro "whoa-ohs" for half an hour. For some reason he didn't do this, but he did treat us to a number of fantastic acoustic versions of all our favourite songs from I Was Broken When You Got Here. This was a great way to ease the crowd into the evening. 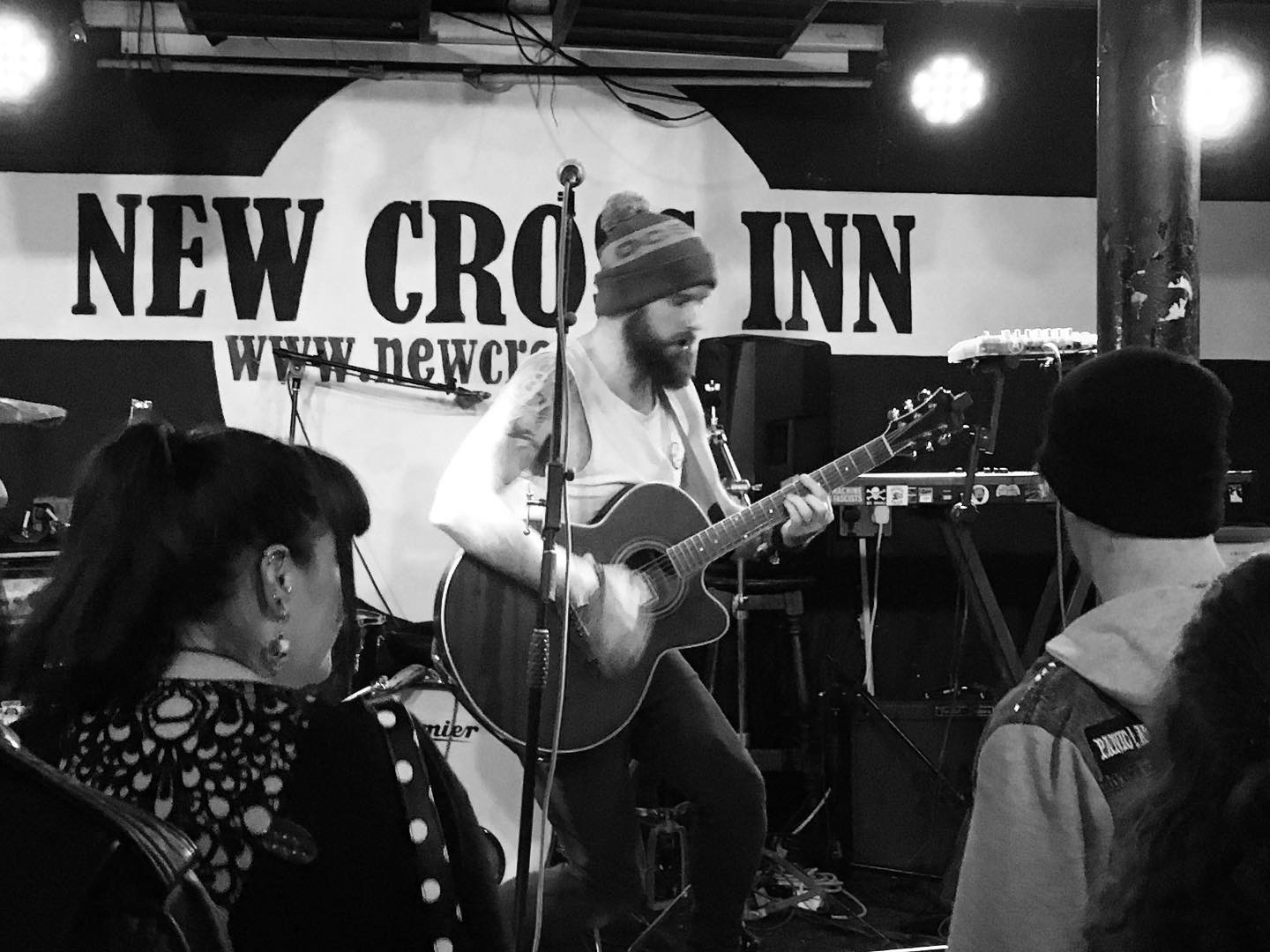 Next up were a band I knew absolutely nothing about – IDestroy. I figure that this was a case for most of the room as the crowd seemed to take a couple of songs to warm to the three piece from Bristol. Fronted by guitarist and vocalist Bec Jevons, IDestroy played a set full of confident and empowering punk rock jams. Joined by bass player Nicola Wilton-Baker and drummer Jenn Hills, this was one of the most watchable sets I've seen from a band I didn't previously know that I'd seen in some time. It's great to see a band so in sync with each other, roaming around the New Cross stage and really engaging the crowd. Towards the end of their set, Nicola seemed to decide that the she had had enough of the stage and decided to spend some time in the crowd. I have a feeling this won't be the last time we see IDestroy at the New Cross Inn. 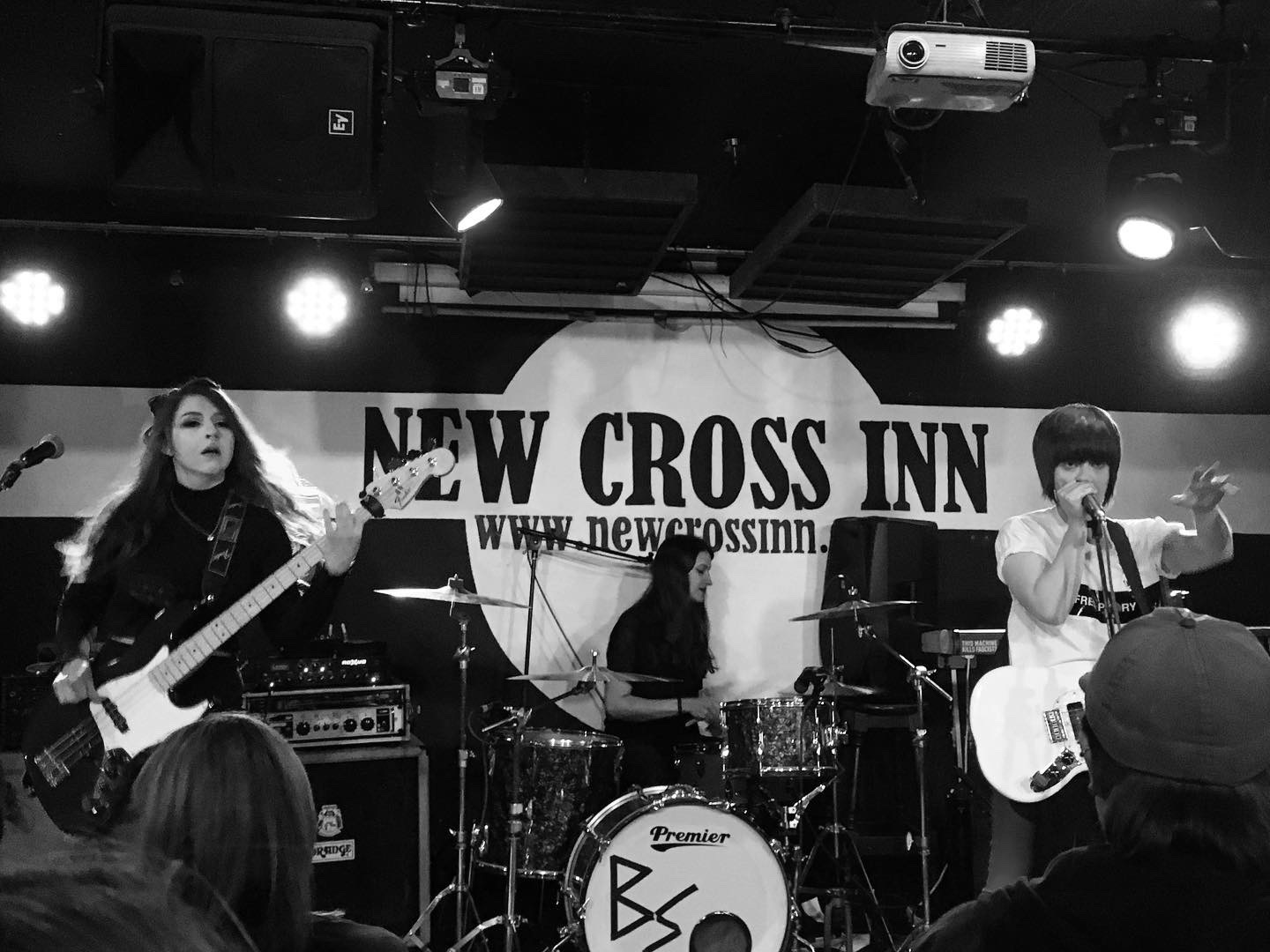 Leeds rock 'n' rollers Nosebleed have earned themselves a bit of a reputation for being one of the best live bands in the UK DIY scene in recent years. This was my first time properly seeing them live, aside from briefly at an MPF where they played an impromptu set at Zombie Shack. Dressed in some fine suits and the shiniest of shoes, it didn't take long for me to see why they are so highly thought of. Anyone who knows anything about Nosebleed probably knows they love to get in the crowd during their set. I wondered if they would do this given the amount of youngsters at the venue. They did though and the young folk really seemed to enjoy it, as did the older folk. I'm not sure I've ever been at a gig with such a wide age range – it was really great to see so many different generations get together to enjoy a great night out. When Ben and Elliot did join us in the crowd, the party meter did seem to rise. Being super up close to the band, you could see how much the band enjoy what they do. They had huge grins on their faces throughout and this seemed to infect the crowd, who all had the best time watching the band. The time flew by but they managed to squeeze in breaking a string and having to borrow one of the Preachers’ more expensive guitars (Elliot was very careful with it), a short cover of Livin' On A Prayer and a couple of new songs. This was a great proper introduction to Nosebleed. 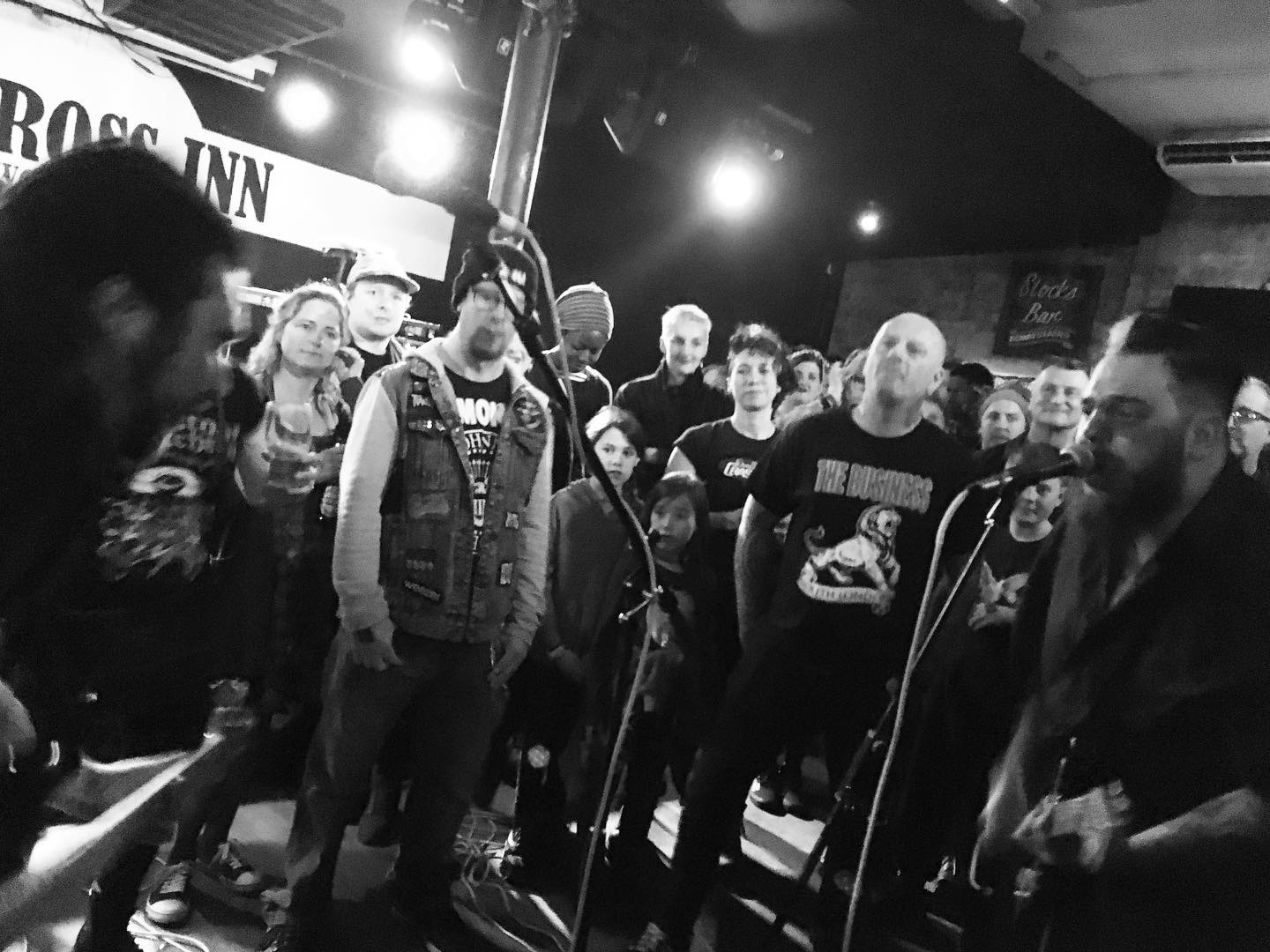 The New Cross Inn was by now close to capacity for the Bar Stool Preachers. Over the past few years the band have gained a huge following all over the world but they've never forgotten their roots. They're a band that seem to really appreciate their fans – young and old. And their fans really seem to appreciate them. Whenever I've seen them live, I've always been really impressed with the energy the band has and how this spills into the crowd. It took mere seconds for the crowd down the front to start dancing with the band whilst always being very mindful of the children in attendance, making sure not to knock into them. BSP frontman TJ is a man that exudes confidence. Acting as MC between songs, often giving the kids life advice about looking out for one another and showing love and not hate. Sound advice that I'm sure many of my generation would have loved to have someone give to them twenty years ago. The songs were of course great, played brilliantly and sung along to with a lot of passion but it was these moments in between the music that really stuck out to me. The young generation are going to have to clean up the absolute mess that most of the previous two or three generations have made of the world and it's important to teach them to learn from our mistakes. The band played so many songs from Blatant Propaganda and Grazie Governo as well as treating the crowd to some brand new songs. They also got Lucias back on stage to lead a staple of a Call Me Malcolm live show – the wall of hugs. After watching a set like this, it's clear why the Preachers are so highly thought of throughout the punk scene worldwide. 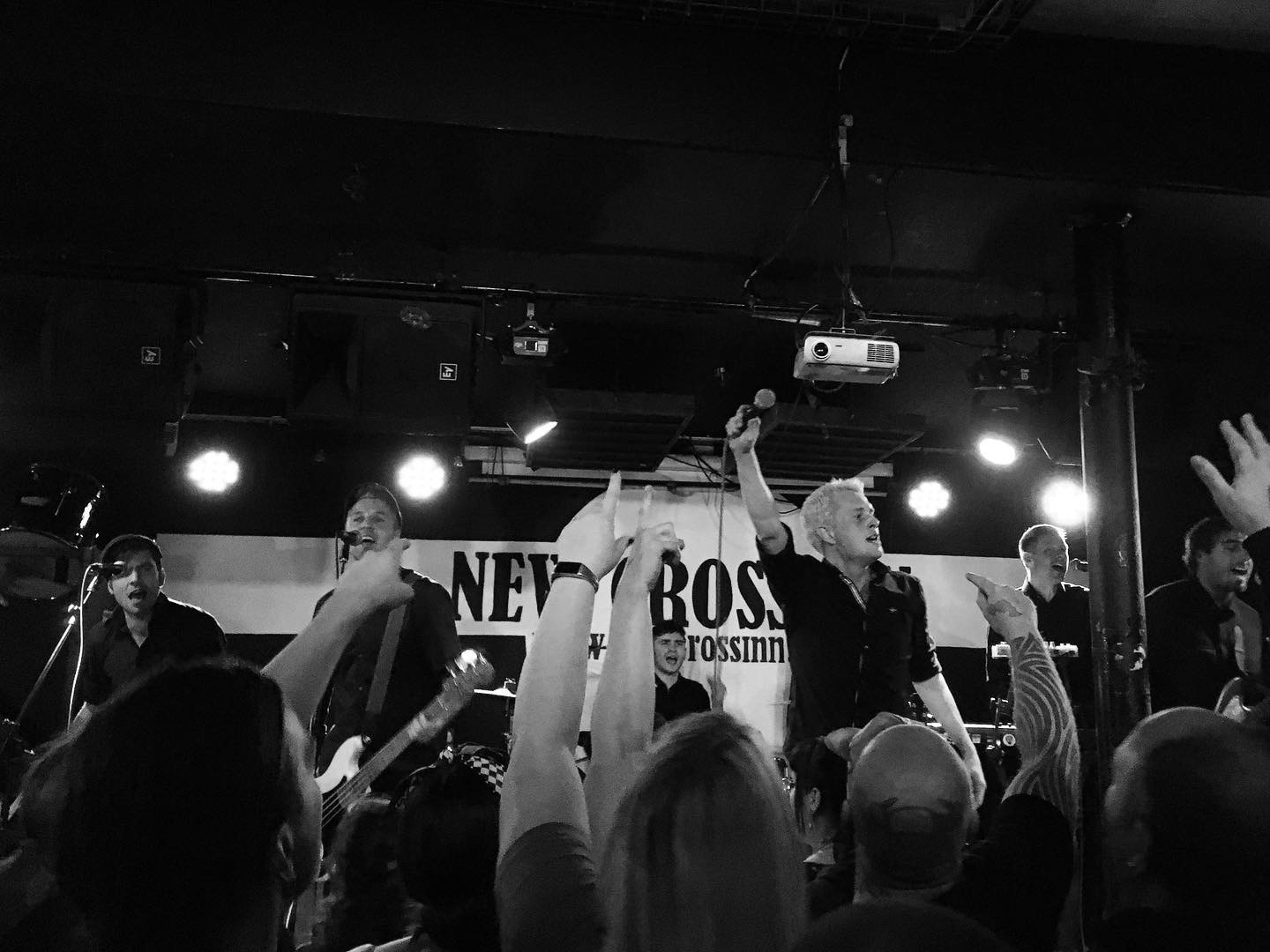 This was a really wonderful night full of big smiles and we were home before midnight. Lovely jubbly!

This gig review was written by Colin Clark. Photos by Emma Prew.
Posted by ColinsPRW at 17:40:00