Album Review: Connect With The Couch by The Total Bettys 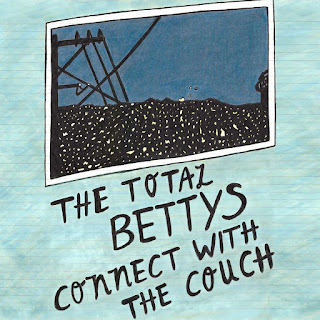 The Total Bettys are a four piece pop punk band from San Francisco, California. The four of them only started writing songs together this year and in July released their first EP Connect With The Couch. I checked it out.

The opening track on Connect With The Couch is called No Kings. It's a song about meeting that special someone and realising that you don't need anyone else as long as you've got each other. The song starts out slowly and really manages to pull you in, using just some catchy lyrics and a simple guitar rhythm, before the bass and drums kick in and make a fantastic pop punk tune. The second track is called Earthquake. Earthquake is about taking a chance, moving away from home and beginning to wonder if it was a big mistake. The sound of the track really reminds me of Exeter's Muncie Girls, which obviously means that it sounds awesome. The song is brilliantly written and has some really insightful and honest lyrics. The final song on the EP is titled Perfect Little Girl. This is another honest and insightful pop gem. It's about being the only person making any effort in a relationship. I especially enjoyed the lyrics "I Missed Breaking Bad For You But You Watched It On Your Own." This really made me think of a modern day relationship where couples just sit in and watch box sets together, or in this case don't.

Connect With The Couch is a fun little pop punk EP from an extremely promising new band. If you like your pop punk smart and edgy with a sugary sweet coating then The Total Bettys are a band for you.

Stream and buy Connect With The Couch here: https://thetotalbettys.bandcamp.com/album/connect-with-the-couch

Like The Total Bettys here: https://www.facebook.com/thetotalbettys
Posted by ColinsPRW at 11:54:00 No comments:

Prelude To A Come Up: All The Postcards 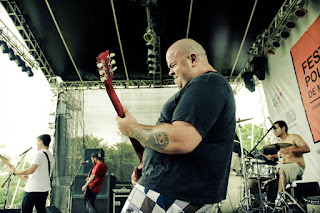 Band: All The Postcards

About: All The Postcards is a melodic punk band from Rio de Janeiro. They’ve released two EP´s – The Clock Will Understand and World Of Lies - in the past, and a full length titled Fearless in 2015.

Prelude To a Come Up:World Of Lies is one of the best EPs ever released in the Brazilian melodic punk scene, go to their bandcamp page and listen to it, it is worth every single penny spent on it. This year the band finally released their long-awaited debut full length, and it is amazing too. I usually say that if these guys were American they would be rich and famous.

Email ThisBlogThis!Share to TwitterShare to FacebookShare to Pinterest
Labels: Prelude To A Come Up 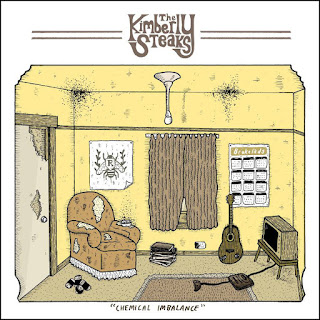 The Scottish punk rock scene is currently one of the strongest scenes in the world, with the likes of The Murderburgers, Get It Together, Billy Liar and Sink Alaska all putting out fantastic records. Another band that really stands out at the moment is Glasgow based pop punk band The Kimberly Steaks. This year they put out a new EP titled Chemical Imbalance and this is my review of it.

From the opening chords of the first song Chemical Imbalance, I am instantly reminded of early 1990's Green Day. This is brilliantly fast, anthemic, snotty pop punk at its very best. Lead singer Greig has a very recognisable vocal that fits this style of music perfectly. Chemical Imbalance is a track about feeling like you are losing control and not really knowing why. The second song, Ticking Over, is about not being happy with the state of your current metal health and trying to find a way to cope with it. The final lyrics of "I Need Something To Take The Edge Off Of Life" really sum up the message of the song. Musically the song is played ridiculously fast but the band have managed to make the track seem the perfect length; it's not over so quickly it leaves you thinking "is that it?" but it’s also not so long that you get bored. The third song is called Change Your Mind and is played at a much slower pace than the first couple of tracks. It's about realising that the medication/drugs/alcohol aren't necessarily the answer to all of life's problems and wishing you hadn't begun to rely on them. The final track on Chemical Imbalance is a cover of the song I'm Into Something Good by Herman's Hermits. I really enjoyed the speed with which the song is played and is a really refreshing version of a classic.

I may be reading far too much into things by saying that Chemical Imbalance feels like something of a concept EP by The Kimberly Steaks. It's about someone's deteriorating mental health, things getting too tough to cope and then eventually coming out of the other side of it all a better person. On a personal note I found the EP hugely relatable. Last year I began to suffer with some mental health issues myself and it took a very long time for me to really feel like myself again after a long and hard struggle. Thank you to the Kimberly Steaks for writing such an EP and well done for making it so much fun. 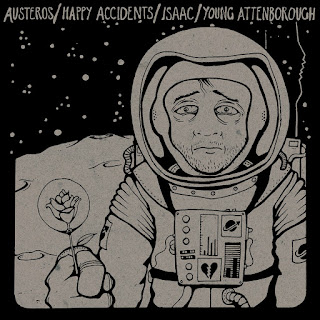 Back in July Cheltenham based record company Don't Ask! Records released a four way split featuring Austeros, Happy Accidents, Isaac and Young Attenborough - four of the biggest new prospects in the punk rock scene. Each band contributed one song to the split, here's what I thought of it.

First band up were Cheltenham three piece Austeros with a song titled We Seem Okay. The first thing that grabbed my attention was the vocals, sounding like more of an indie pop style rather than anything I'm used to hearing on a punk record. As you might expect, considering my description of the vocals, it's an upbeat, catchy track that makes me smile and bop my head. My favourite song of the four is the second track, Rather Not Know by Happy Accidents. These three Londoners have a fantastic skill for making ridiculously catchy pop music that will be stuck in your head for days. The vocal delivery is short and punchy but packed with a huge dose of pop.

Isaac are an indie punk band from Nottingham and are the only band I hadn't heard of before getting this split. Compared to the first two tracks, there is a lot more of a mature feel to the song whilst still being an instant sing-along, good time track. Lastly we have Tales Of The Unexplained by Brighton's Young Attenborough. They are probably the most established band on the split and are one of the most unique bands in the scene, combining catchy pop punk, jangling indie guitars and excellent harmonies from all three members of the band

This is a fun little release that showcases four of the scenes hottest prospects. If you check out this split, you're guaranteed to want to check out more from all four of these bands.

Get the split here: https://dontaskrecords.bandcamp.com/album/austeros-happy-accidents-isaac-young-attenborough-split
Posted by ColinsPRW at 12:15:00 No comments:

Modern Tribes are a punk band from Shropshire. Earlier this year they released their debut EP named You Do Drugs (reviewed here). Here is the bands top ten punk rock influences.
10) The Hold Steady – Craig Finn is a genius, I love the way he writes and sings. Separation Sunday is an amazing album.

9) Moose Blood - A new addition to our list of fave bands, we saw them live and they really blew us away, his voice conveys such emotion and the songs are really great.

8) Frank Carter and The Rattlesnakes - His album is great, just angry aggressive and hits you in the face, love it!

7) The Gaslight Anthem - Their early records for us were amazing; his story telling and the growl in his voice were very influential for us.

6) The Menzingers - Their album On The Impossible Past blew us away; incredible lyrics and it conveyed a sense of emotion I hadn't really come across before.

5) The Front Bottoms - Great lyricist and influenced us massively, we listened to their albums non-stop on our summer tour. A great live band too.

4) Modern Baseball – Sports the album was incredible, we really like these.

2) Brand New – Deja Entendu and My Favourite Weapon are some of the best albums we've ever heard, the emotion in his songs were real eye openers for us. “Have another drink and drive yourself home. I hope there's ice on all the roads. And you can think of me when you forget your seatbelt, and again when your head goes through the windshield.”

1) Joyce Manor – These guys were our biggest influence, songs like Constant Headache and Derailed were massive game changers for us and lyrics like “When you make a decent living, will you buy me a train set and a hat so I can sit in my room sending people away from the people they love” are incredible.

Stream and buy You Do Drugs here: https://moderntribes1.bandcamp.com/releases
Posted by ColinsPRW at 18:37:00 No comments: