I think one of the biggest surprises for me this year (musically) was when The Chinkees released their first new music in eighteen years on June 5th. The band, who are fronted by Mike Park of Asian Man Records and bands such as Skankin Pickle, The Bruce Lee Band and most recently Ogikubo Station, are cult favourites from the 90s ska punk boom. Known for their political ska punk sound, The Chinkees aimed to directly look at racism and how apparent it was then and still is now. Mike Park has gotten back together with Steve Choi (also of RX Bandits) to release K.A. Music on Asian Man Records. 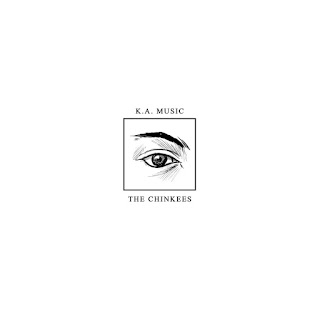 Trace The Morning Time opens up K.A. Music. The first time I listened to the song, I had a big smile on my face. The Chinkees are back and sounding as good as ever. Playing their stripped back ska style, with the keys really taking centre stage throughout the song, the track takes you back twenty years and will have you skanking like you did before you had old man knees. The song is about finding a middle ground with people and working together rather than fighting against each other. Our Lips Are Coming Right Through is up next and ramps the energy right up. The introduction alone had me wanting to dance round my living room. When Park’s vocals come in, the song goes towards more of a two-tone style before the song jumps into a big punk rock chorus. It’s, of course, brilliantly catchy and will have you singing-along in no time at all.

Running All Alone is perhaps my favourite song on K.A. Music. The track starts slowly with a dub/reggae sound before a high octane guitar comes in and we’re treated to a thrilling punk rock finale. The two styles are quite contrasting and the way the first half builds towards the second is quite wonderful. Sadly it’s unlikely I’ll ever get to see any of these songs played live but I imagine this one would be a hell of a lot of fun! The EP finishes with Your Heart Will Break Forever. On my first listen the thing I really took away from the song was, perhaps unsurprisingly, the chorus. It’s a great big ear worm that you will be singing to yourself for days after hearing it. The track plays around with its tempo and melody which helps keep it interesting and keeps you listening eagerly throughout. I feel like this is the type of song that I could listen to again and again and I’ll keep hearing different things. That’s if I’m not too busy dancing along anyway.

K.A. Music is a excellent addition to The Chinkees discography. Like I said, this is their first new material in eighteen years and it does not disappoint. I’m sure there are a lot of ska punk fans who aren’t old enough to have heard of The Chinkees and hopefully this EP will serve as a stepping stone to going back and checking out their wonderful back catalogue. I believe Mike Park has already said that The Chinkees won’t be touring these songs but fingers crossed for some one off shows. Fingers crossed super tight for some one off shows in the UK.

This review was written Colin Clark.
Posted by ColinsPRW at 11:57:00