It's Friday night and it's my second gig of the week. I'm heading back north of the river, this time to see The Interrupters at the O2 Forum in Kentish Town.

It's sold out. It kinda blows my mind. Only 14 months ago, I'd seen them down the road at the smaller Electric Ballroom. The time before that, they'd been at the even smaller Tufnell Park Dome. Now, they're at the O2 Forum… a venue I've attended most recently to see legends like Descendents, Bad Religion and Jawbreaker! And this is the first of two nights they're playing here.

So, now I'm racing to get there in time for the first band, Buster Shuffle. My friend and I have been talking for ages about wanting to see them, but I'm really conscious I'm running late and they're first on. I get to pub, but there's no time for a drink or a catch up. Instead, we head straight in and take up a spot just before they come on. We're not disappointed. Playing a home town gig, they've soon got the crowd going even though the doors have only been open half an hour and it's still filling up. As Jet – lead singer and piano player – notes, they need to play more London shows. 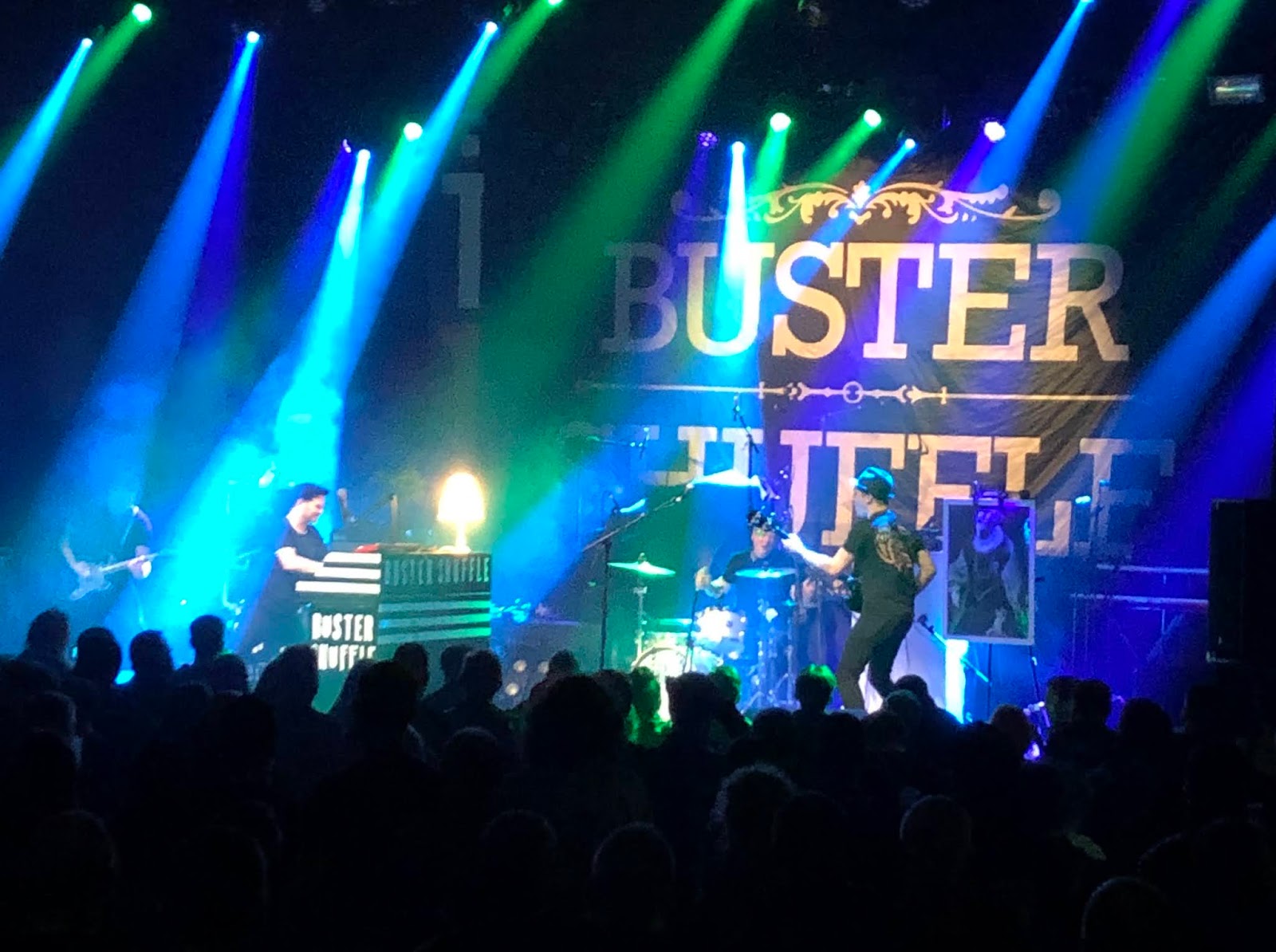 Next are The Skints. They slow things down a little following Buster Shuffle. Mellower and with more of a reggae sound mixed with their laid back ska, they have 42 minutes on stage. However, I miss a good chunk of their set due to queuing at the bar. For a venue that holds 2000+, one small bar on either side and one tiny cash only kiosk at the back is not good. My local pub has almost as much bar space and just as many bar staff! Please take note O2 Forum. 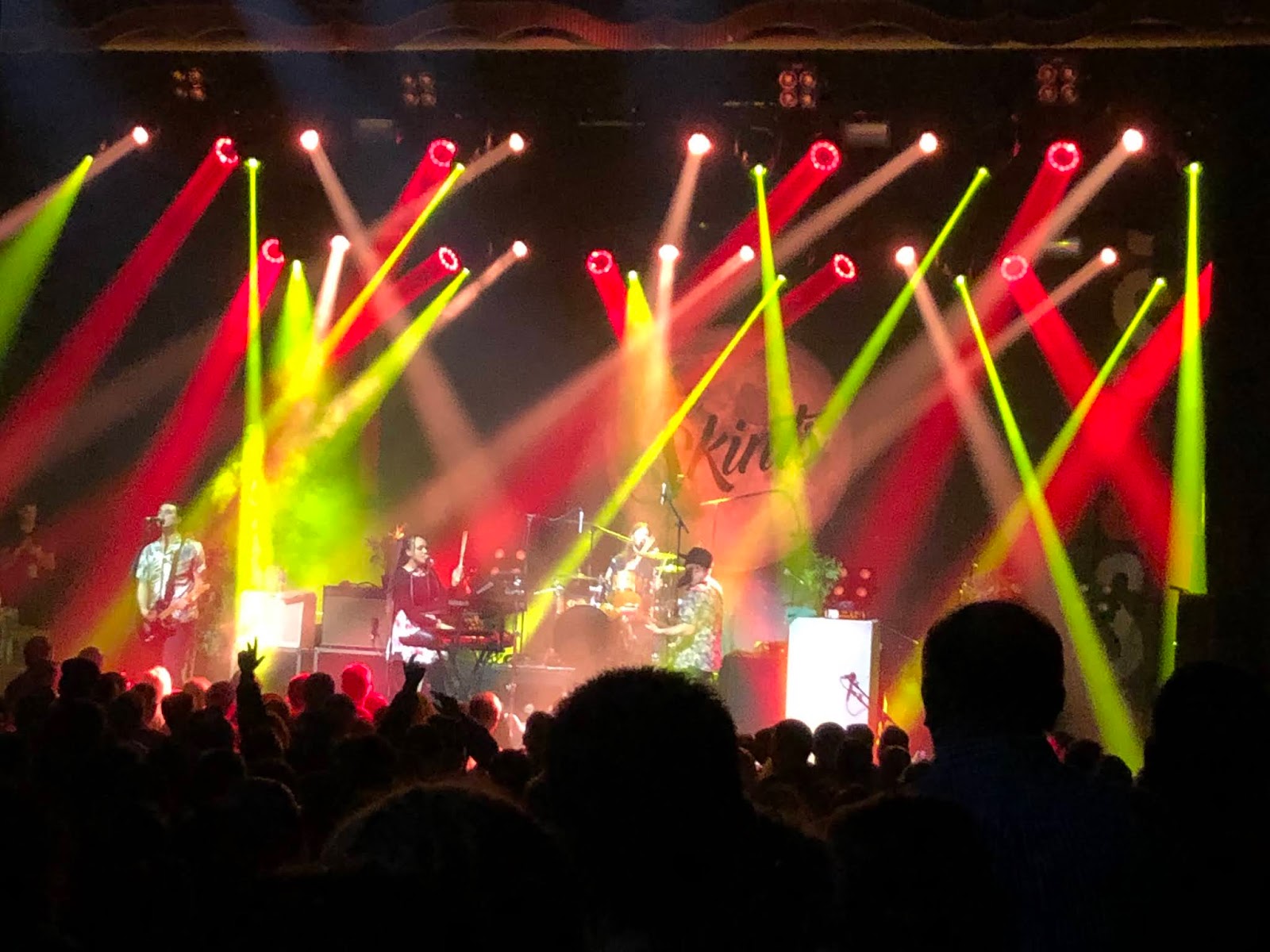 As usual, The Specials's Ghost Town is the tune that The Interrupters choose to take to the stage to. As the lights drop and those familiar bars start, the crowd are buzzing. It seems everyone can sense this is going to be a good one.

Jesse is first on stage, taking up his place behind the drum kit. He's swiftly followed by Justin, Kevin and Aimee Interrupter. The first song is A Friend Like Me. A brilliant start and one that seems chosen to reference the mutual love in the room.

What follows is a fabulous set of, what are now, greatest hits. Songs from all three albums get played including White Noise, By My Side, Got Each Other, Not Personal, She Got Arrested and On A Turntable.

The band and the audience are frenetic. Justin is backwards and forwards from one side of the stage to the other the whole time. Aimee doesn't stop either. Not hindered by an instrument, she's left to right and back again, before disappearing from sight as she jumps off stage to get close to the front row. She then reappears, arms pumping and all the time doesn't miss a note.

Breathers are taken at various points as Kevin talks to the crowd and introduces both the songs and the band. There's no covers this time, although The Specials's Message To You Rudy is started, it's only the first three bars and they don't finish it. 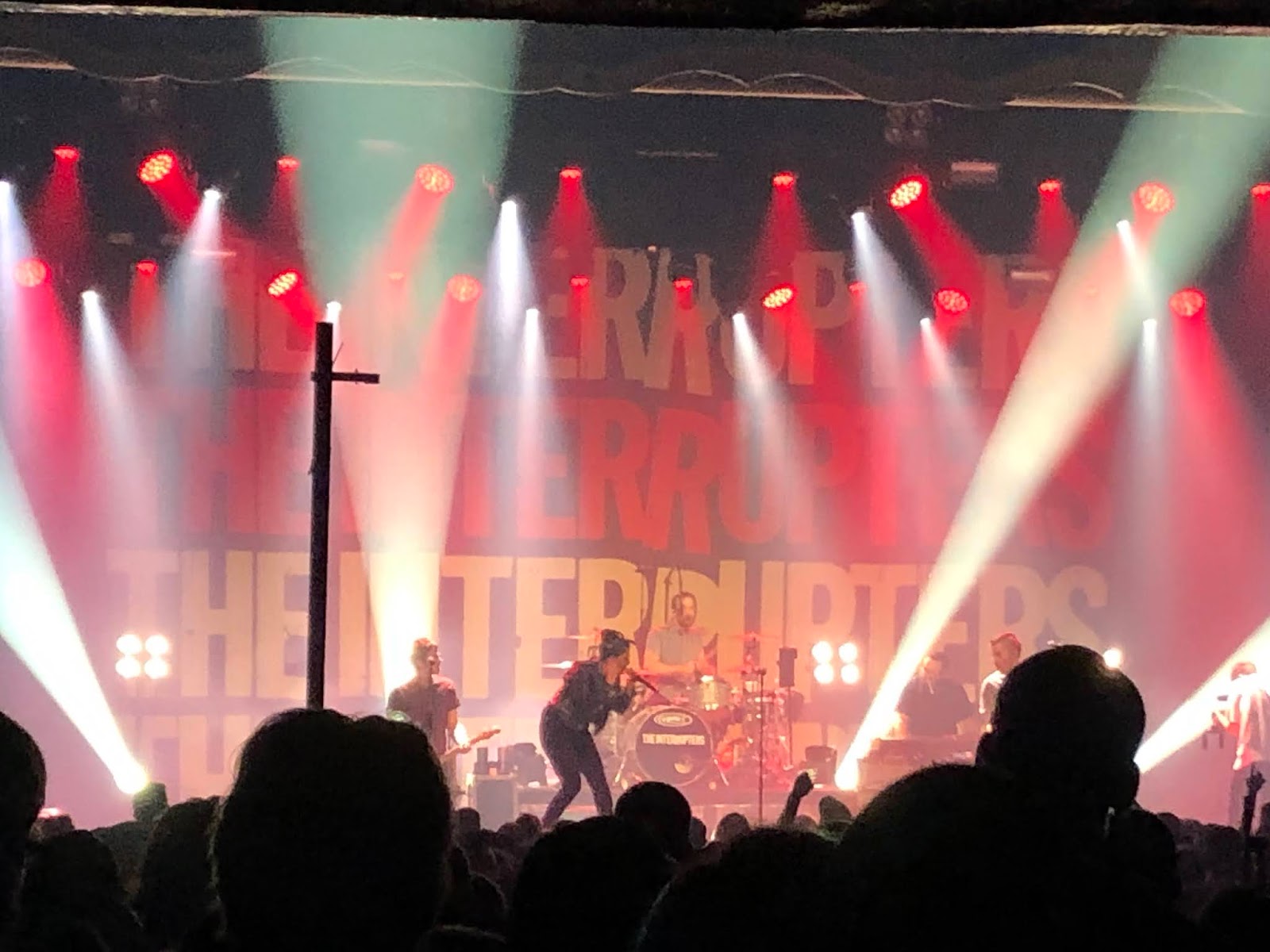 Take Back The Power, a particular crowd favourite, is a protest song but also a song about unity and how we can come together and is met with a roar. Title Holder, a song about fighting but not fighting each other, rather addiction, anxiety and oppression, is also especially well received.

Kevin then splits the audience in half before asking the two sides to run in to meet each other as Aimee counts down from four to signal the start of Gave You Everything and the crowd going wild.

The time fizzes by (did they really play 20+ songs!?). In what seems like just a few minutes after they came on stage, Kevin tells us they one have one more song. But, as the lights go out and the crowd chant for more, the band don't actually leave the stage. Kevin self-deprecatingly remarks that they aren't a big enough band to be able to leave the stage in case no one calls for them to come back, before they finish with Family and She's Kerosene.

The gig is the penultimate date on the Fight the Good Fight Tour. I haven't looked up when exactly the tour started, but the album with the aforementioned title was released way back in mid-2018.

The band must be exhausted both mentally and physically, both from the gig and the tour, but no one would ever guess. There are no signs of fatigue. The four of them have huge smiles on their faces the whole time they're on stage. They clearly love what they're doing and at times can't quite believe they're now playing these sort of venues.

However, the crowd can believe it. The band are brilliant both on record and on a stage. I'm sure there'll be many more nights like this, but they'll increasingly have to manage the increasing demand for them to play more and more places. My hope now is I don't have to wait years before they're back here again.

This gig review was written Chris Bishton.
Posted by ColinsPRW at 16:12:00