Less than a year after their last London appearance, everyone's favourite Canadian boys Pkew Pkew Pkew were back! Making their first appearance at Boston Music Room in Tufnell Park, as always the evening promised to big a night of big sing-alongs and even bigger smiles.

Curiously the promoters had only added one support act to the show (which to me felt like a waste) which was a band I'd never heard of before named Gloo. It turns out they are a three piece band from Littlehampton in West Sussex. The band play a brand of noisy garage rock similar to bands such as The Hives and The Vines. They had plenty of punk rock swagger about them during their set and were pretty engaging, even if they weren't really my kind of thing. Clearly a band that are extremely tight, they blew through their set in no time at all. I particularly enjoyed mention of their "Gloo-tique" which was a bunch of shirts bought from charity shops that they've then screen printed themselves, I thought this was a fantastic idea. If you're into the noisier side of punk and rock 'n' roll, I'd recommend checking out Gloo. 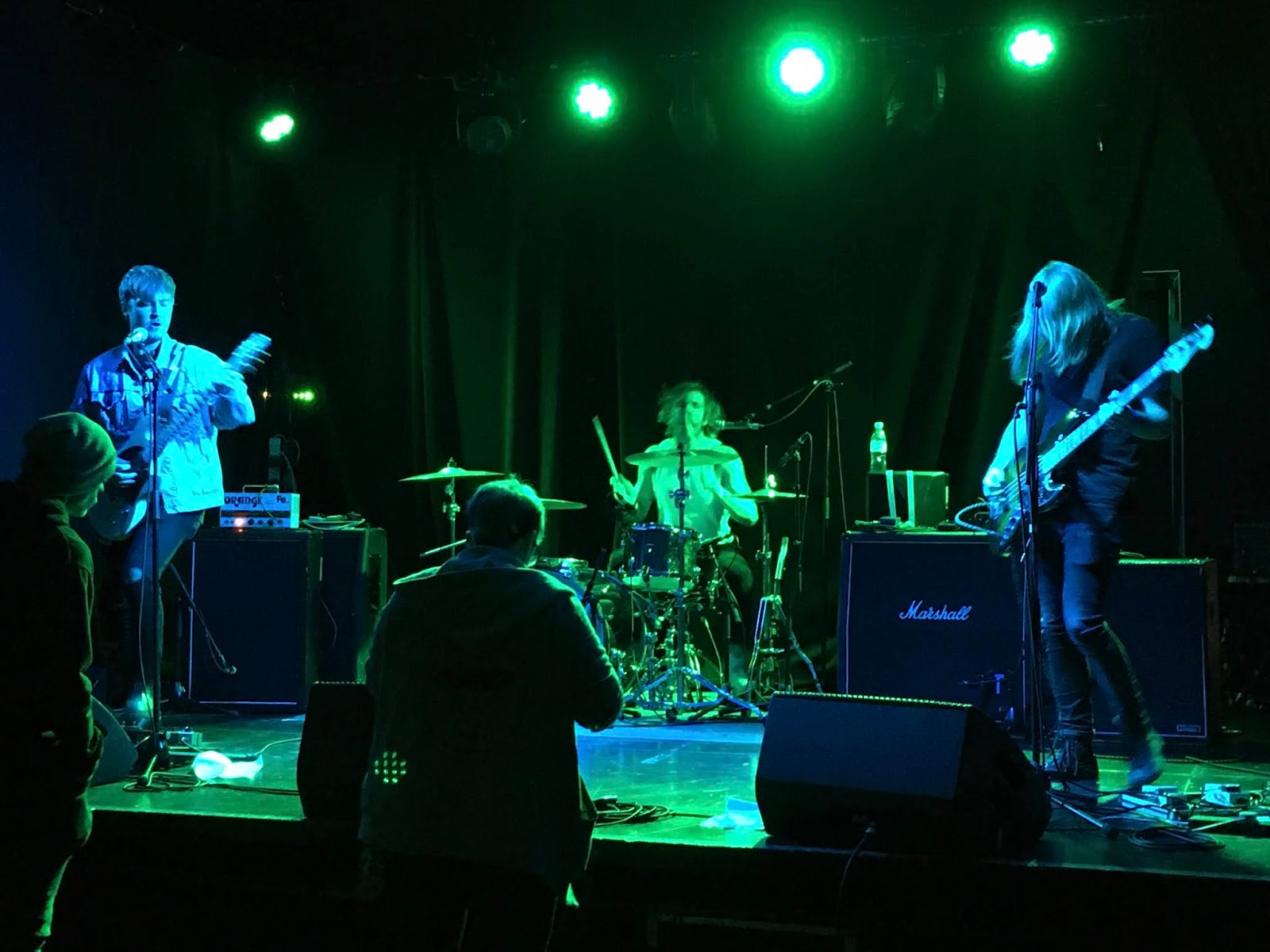 Boston Music Room was getting pretty full by the time Toronto's Pkew Pkew Pkew took to the stage. The band's popularity has been quickly increasing in the UK over the past couple of years due to their catchy and energetic style of pop punk where the band tackles subjects that are hugely relatable for people approaching their thirties. Something I've always enjoyed whenever I've seen Pkew live is how, whatever the show is, they always put 100% into their performance – they love what they do and their fans love them for it. Opening the set with Passed Out before jumping into Stop Calling Us Chief got the crowd going pretty quickly and from then onwards the set was full of big sing-alongs and plenty of fists in the air. Everyone was having a fun-filled Saturday night and the band were too. It's crazy just how many big songs Pkew have despite only having released two albums at this point. Now that album number two, Optimal Lifestyles, has been out for a little while it has settled into the setlist nicely and both albums seem to blend perfectly together. The band also seem slicker than ever, with all three guitar and bass players seemingly knowing exactly the right moments to tune without having to spend ages between songs doing it. This is great because it really helped to keep the flow of the set going without breaking it up too much. The set absolutely flew by, far quicker than anyone wanted it to and before we knew it they were smashing out their biggest hit Mid 20s Skateboarder to the adoring crowd. That wasn't enough for the crowd though and pretty quickly Pkew returned to the stage for a three song encore which included The Prime Minister Of The Defence and Blood Clot. My mind is a bit fuzzy on the third song. 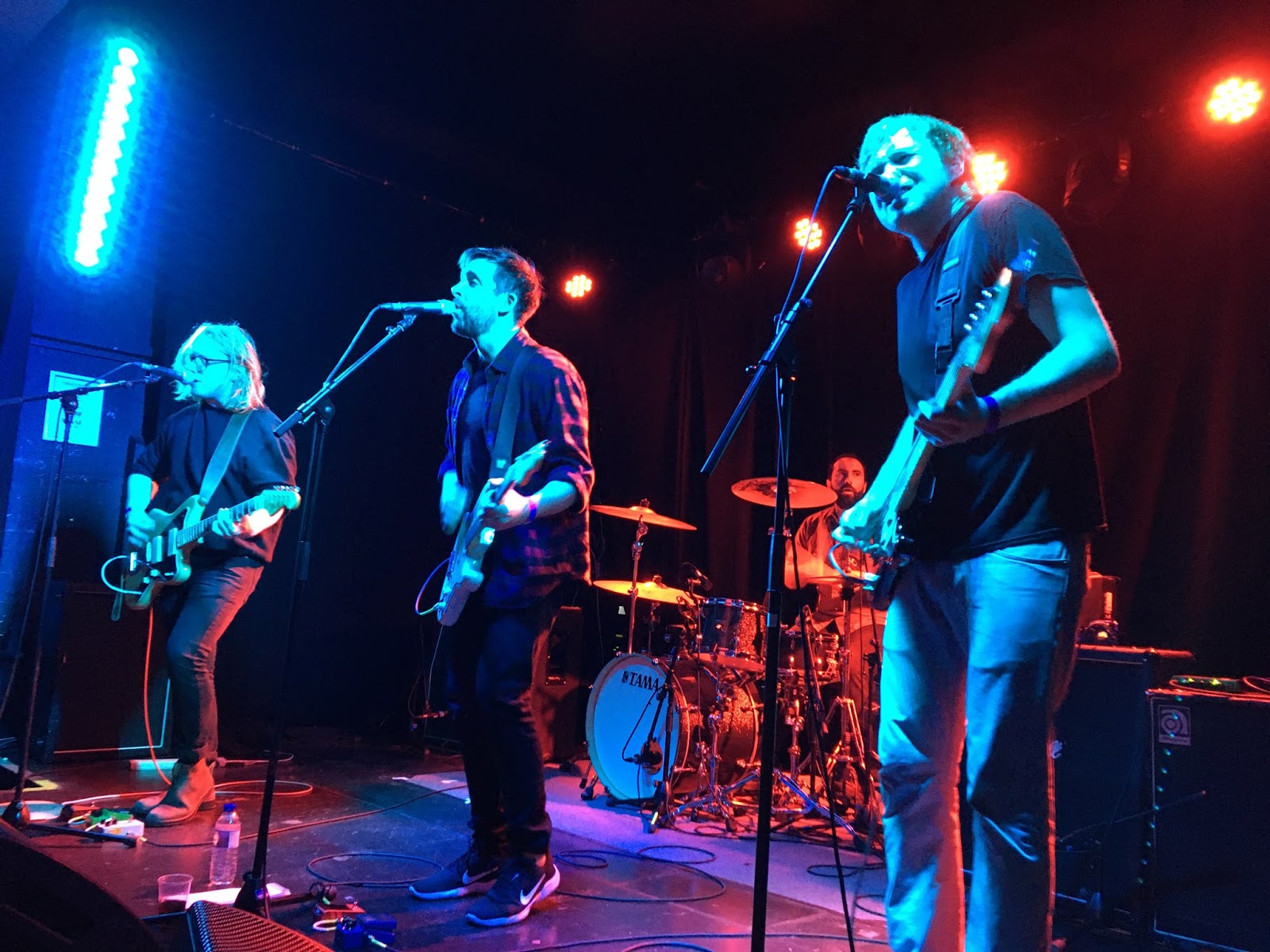 This was a fun night in a room full of lovely people all having a great time. What more could you possibly want?

This gig review was written by Colin Clark. Photos by Emma Prew.
Posted by ColinsPRW at 12:21:00