Prelude To A Come Up: Atomic Winter


This is my first contribution to Colins Punk Rock World, so I will introduce myself: I’m from Brazil, I’m 34 years old and I’ve been working with the punk rock scene down here since my early 20’s. Today I devote my free time to the webzine called We Live in Hell (www.weliveinhell.com). Prelude To a Come Up will be a section here at Colins Punk Rock World where I will introduce a Brazilian or South American band to its audience. I hope you enjoy and eventually discover your new favorite band here. 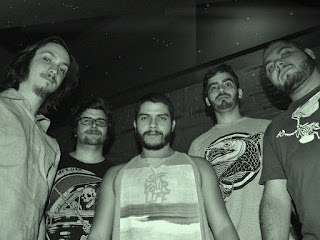 About: The band formed around 2007 with members of bands (some extinct, others still active) from Goiânia's hardcore scene. The scenario, that in the past had been a solid terrain for the genre, turned into something with no creativity and hostile, discouraging most of those once willing to be part of it. With that in mind, Atomic Winter decided to put together effort and quality to the sum of new ideas and experiences with the good old hardcore.

Prelude To a Come Up:They are by far one of the most talented bands in Brazil, and most probably the best skatepunk band nowadays in our country. They just released a new song called “Concrete Squall” and it is amazing. If you go to their bandcamp page you can download this song, as well as their last full length Snowmeltand their first EP Flesh And Blood, everything for free. Their new record is set to be released later this year. Stay tuned!

Email ThisBlogThis!Share to TwitterShare to FacebookShare to Pinterest
Labels: Prelude To A Come Up