Top ten favourite singers, this as a singer myself was the hardest one to do yet.

1. Rob Pod (VanillaPod) – It's no secret my love for Vanilla Pod; I first heard them when my brother had a part on an old BMX vid and the song used was 52 Card Pick Up. I went straight out and got the cd and it still remains in my most played today. I've since had the pleasure of sharing stages with Rob and the boys and live he's even better. A rare band for me where I don’t dislike any of their songs I love Robs voice and its pretty much the soundtrack to some of my best times in life. 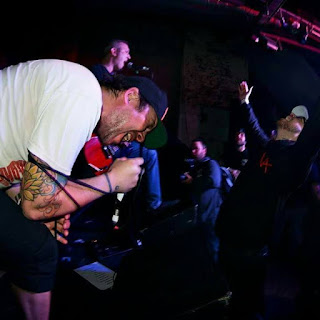 2. Duncan Redmonds (Snuff/Guns 'n' Wankers/ToyDolls) - A man that plays drums that good should never be able to sing that good but Duncan can. Still the only dude I get slightly star struck around, I love pretty much everything he's ever done. Guns 'n' Wankers is probably the best band I've ever heard to be honest; Skin Deep is fucking amazing. Snuff are huge, we know that but Duncan remains down to earth. Notable for my fave UK punk song of all time - Not Listening by Snuff. 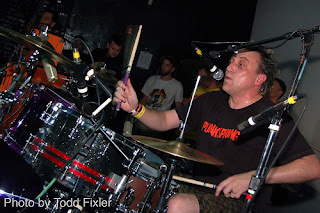 3. Dan Allen (Ducking Punches) - When I think of what I look for in a favourite singer something that is pretty high up there is how good the story teller is and what journey they take you on throughout a song. I was recently shown a song (Six Years) Dan did about his friend that sadly passed away and it was really moving and straight from the heart. I have penned songs about my late father that I've never shown anyone but for Dan to pen that song, record it and also play it live I think shows amazing resolve not to crumble under emotion. 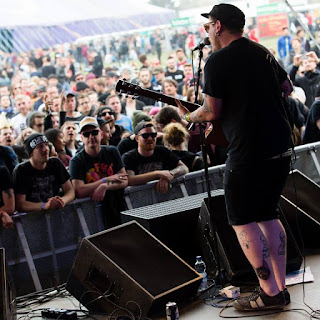 4. Alex Wonk (Wonk Unit) - One of the best front-men on the circuit. I think most would agree, not only does he pen great stories and poems his performance live is just that - A PERFORMANCE! He has a knack of writing stuff that just has a way of connecting with a crowd and the masses of Wonkers out there. They will be huge, I think everyone feels that underground rumble that something big will happen for them soon but there's two things about Alex I guarantee, his music won't change and neither will he. 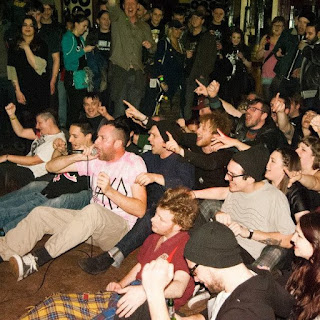 5. Simon Wells (Southport/Snuff) - I should have put Simon in my top ten guitarists but I was saving him for this. I was introduced to Southport a few years back. I don’t know how I missed them they quickly became a fave of mine. Simon has one of the best proper pop punk voices I've ever heard and I'm really glad he's beginning to take the solo stuff to the stage. I'm definitely going to catch him live or put him on really soon. 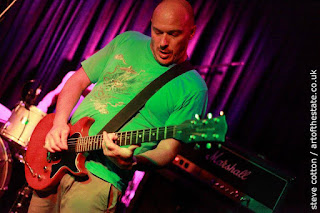 6. Simon Sandall (Goober Patrol) - My younger years were spent trying to get my voice to sound like Goober Patrol. It’d be a thing at band practice in my parents shed like "it sounds ok but make it more Goober-ish." Of course I never came close but that’s the thing about a unique voice. Simon Cowell maybe wouldn’t put Simon Sandall into the fucking judges houses round on pop factor but to me I grew up on Goobers Records. I started a band because of bands like that and I tried to sound like singers like Simon To have him he say he likes my band is a complete honour as he influenced me to even start one. 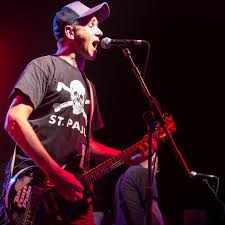 7. Dan Gotham (Spoilers) - It's great to now see Dan fronting a band and Spoilers doing so well. He is one of those singers that I'd never expect that voice to come out of him, his range is incredible. He came in to do some backing singing for the 4130s record with us and pretty much schooled me on harmonies, showed me how to sing and made our record loads better. I've learnt a lot from Dan in the time that I've known him and consider him a great friend. He is always invited to make other 4130s records better for us ha! 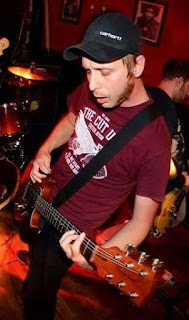 8. Kingly Hangdog (don’t know his name lol) (Müg) - One of the lesser known bands on my list but I love a curveball. This dudes voice shreds! One of my favourite singers to pop on while I'm chilling at home, actually listening now while I do this. He is a really good front-man too, it almost seems effortless. He probably doesn’t even need a microphone live with how powerful his pipes are. Müg are a great bunch of lads that I hope and know they will do some rad things in the years to come. 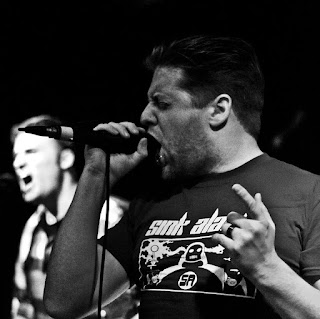 9 Rikki Flag (Red Flag 77) - Hometown hero of mine and one of the best front-men I've ever had the pleasure to watch play to a full room. Full of energy and all round good egg I spent the first ten years of knowing Rikki thinking he didn’t much like me but I've gotten to know him a lot better now and consider him a mate to add towards the tons of respect I already had for him. A lot of people consider the 4130’s song “thank fuck it's not 1977 anymore” a diss to 77 bands when actually its very tongue in cheek. It's in-fact a dip of the cap if you will to bands like Red Flag 77 who choose most of us young Ipswich bands as support and tour support, giving us our first chances to play packed pubs. 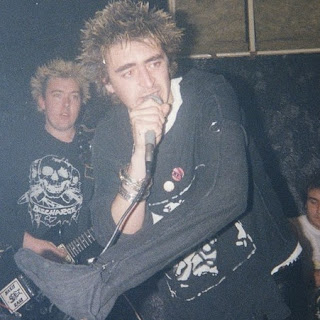 10. Ben Hannah (Acid Drop) - I love 90’s skate punk. If you follow my top ten's you’ll know that and this band fit into my tiny closed mind absolutely perfectly. The end of days records is one of my fave UK records ever made and never leaves the car. I can't wait to play a few shows with these guys this year and spend some more time getting to know Ben. 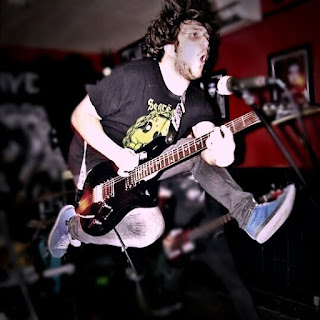