After three fun and fantastic (but long) days in New Cross for Till The Fest, Emma and I decided to hang out in South London for one more day. This was for what was kind of an unofficial after party for the weekend at the New Cross Inn. Following on the previous nights seeing The Filaments, Sonic Boom Six and Lightyear, it was now time to see another legendary UK ska punk band in the form of [Spunge]. The band had been on a country wide tour celebrating the twentieth plus one year anniversary of their second album, Room For Abuse. As [Spunge] are one of my all time favourite bands I had to suck it up and go for a fourth gig in four days to see it. 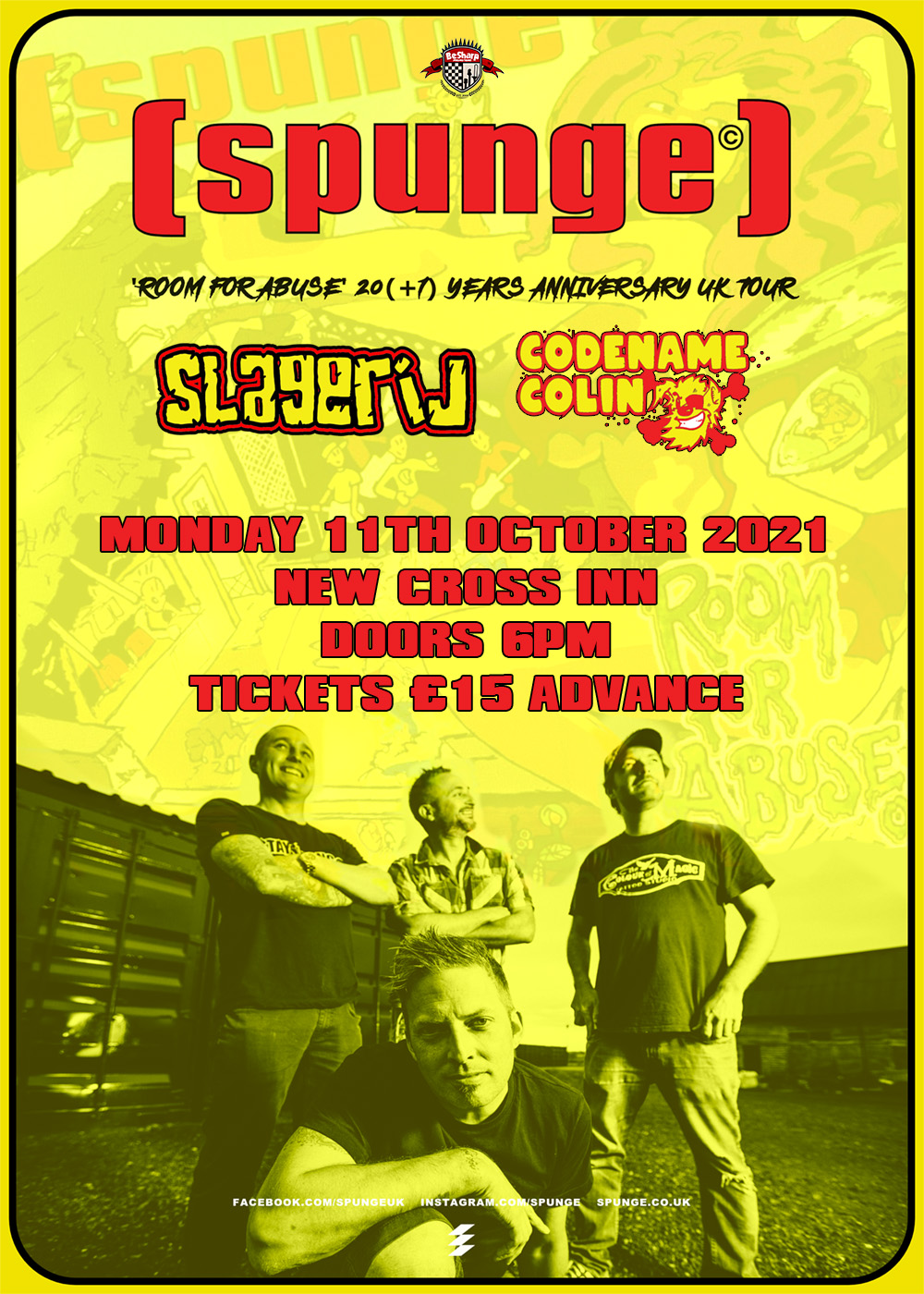 New Cross Inn favourites Codename Colin were the band chosen to open the gig. We arrived at the venue about fifteen minutes before the band were due to start and were pleasantly surprised by how many people were already at the venue. It did look as if it was mostly people who weren’t at the festival all weekend so there was plenty of people who didn’t feel like they were about to collapse. If there was ever a band to inject some energy into a crowd early it’s Codename Colin. It didn’t take long for the band to get the crowd invested into the set. The band’s high energy poppy ska punk never fails to put a smile on my face. The band know full well that their job is to get the crowd warmed up for the main event later in the evening and they excel at this. Favourites such as Losing Touch, Kelly’s Missing, Escape From Everything, Little Things and Friday The 19th all get run outs and by the end of the set they’ve managed to coerce a sizeable crowd down the front for a dance. Class as always from Codename Colin. 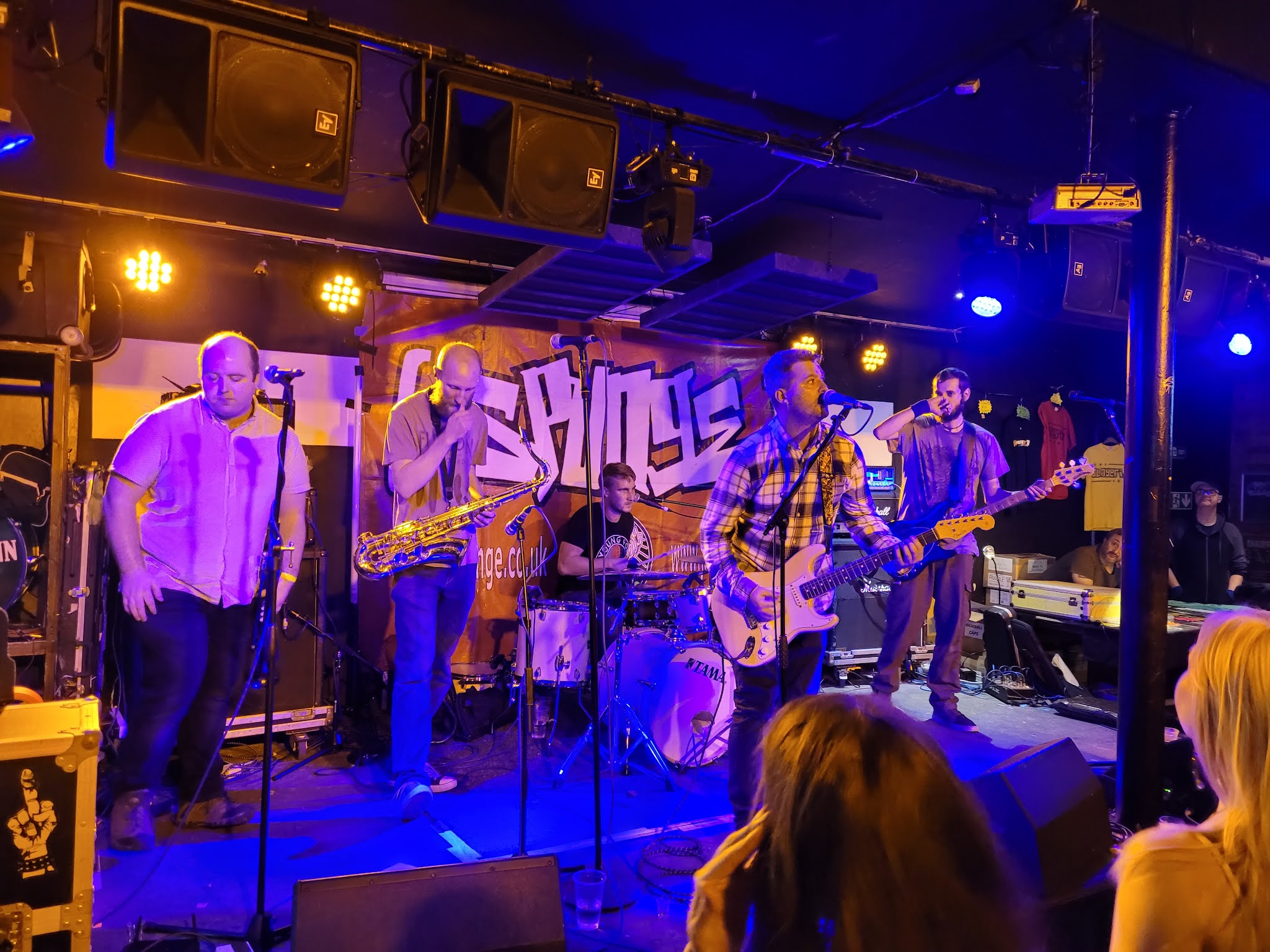 Next up were tour support Slagerij. Slagerij are a three piece who have been going for ages now. They don’t get to London very often so this was a rare chance to see them live. Slagerij, much like [Spunge], are a ska punk band that doesn’t feature horns, instead relying on bouncy, upbeat rhythms to encourage the crowd to get their knees up. I always enjoy a band that has more than one lead singer, something that Slagerij possess. The vocals contrast each other nicely allowing for some great variety in the set. The majority of the set is full of high energy songs which have the guitarist and bassist hopping around the stage, I’m sure the drummer would too if they didn’t need to be behind the kit throughout the set. On the times they did slow things down they did so with plenty of charm and wit. It’s quite clear that Slagerij are all about having as much fun as possible and the band do an excellent job portraying that. I had fun watching them too though I was a little disappointed that they didn’t play Can’t Stop A Nation – such a good song. They will be back at NXI in April next year in support of another ska punk legend – Whitmore. I look forward to seeing them again. 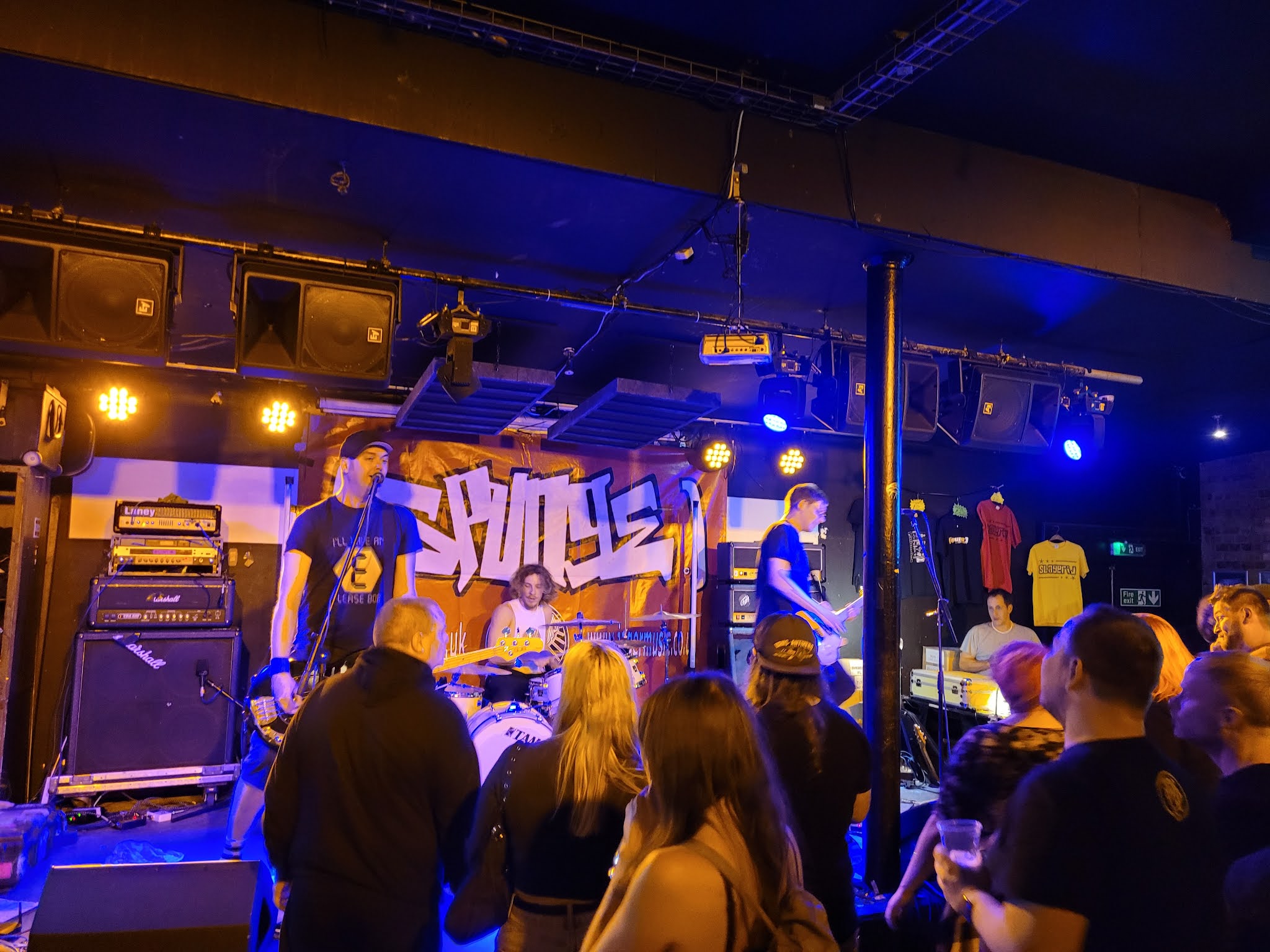 Next it was time for [Spunge]. By the time they took to the stage our legs were really struggling after such a long weekend, how did we used to do this? Of the band’s first three albums, Room For Abuse is probably the one I listened to the least growing up and I feel like it’s one they don’t play as many songs from live. This album show was a chance to see some songs for the first and potentially the last time ever live. Songs like Second Rate (where Al did the male and female vocal parts) and Rockabilly never get played live and it was awesome to see it. The problem with album shows is that they don’t leave much room for surprises – if you know the album, which I assume the majority of the people in the room did, then you know what’s coming next. This didn’t stop the crowd from having the most wonderful time though. There were so many people down the front skanking and moshing, having a delightful time. As ever, the between song banter between Jarv and Al entertained me, talking to each other in a way that only people who have been in a band for twenty plus years can. I believe the band had been hard at work rehearsing the set four times a week for a few months before the tour and it really paid off as they were super tight. Lesser bands would have just been a bit sloppy on some of the deep cuts but [Spunge] really put the effort in to put together a brilliant set, proving to me what a great band they are. Despite my exhaustion, I thoroughly enjoyed myself and we were even treated to a two song encore of Kicking Pigeons (where they were belatedly joined on stage by a trumpet wielding Snowy from Codename Colin) and Skanking Song, which they apparently played as I mentioned to Paul Be Sharp that I was initially glad they wouldn’t be playing it as my legs couldn’t take it. 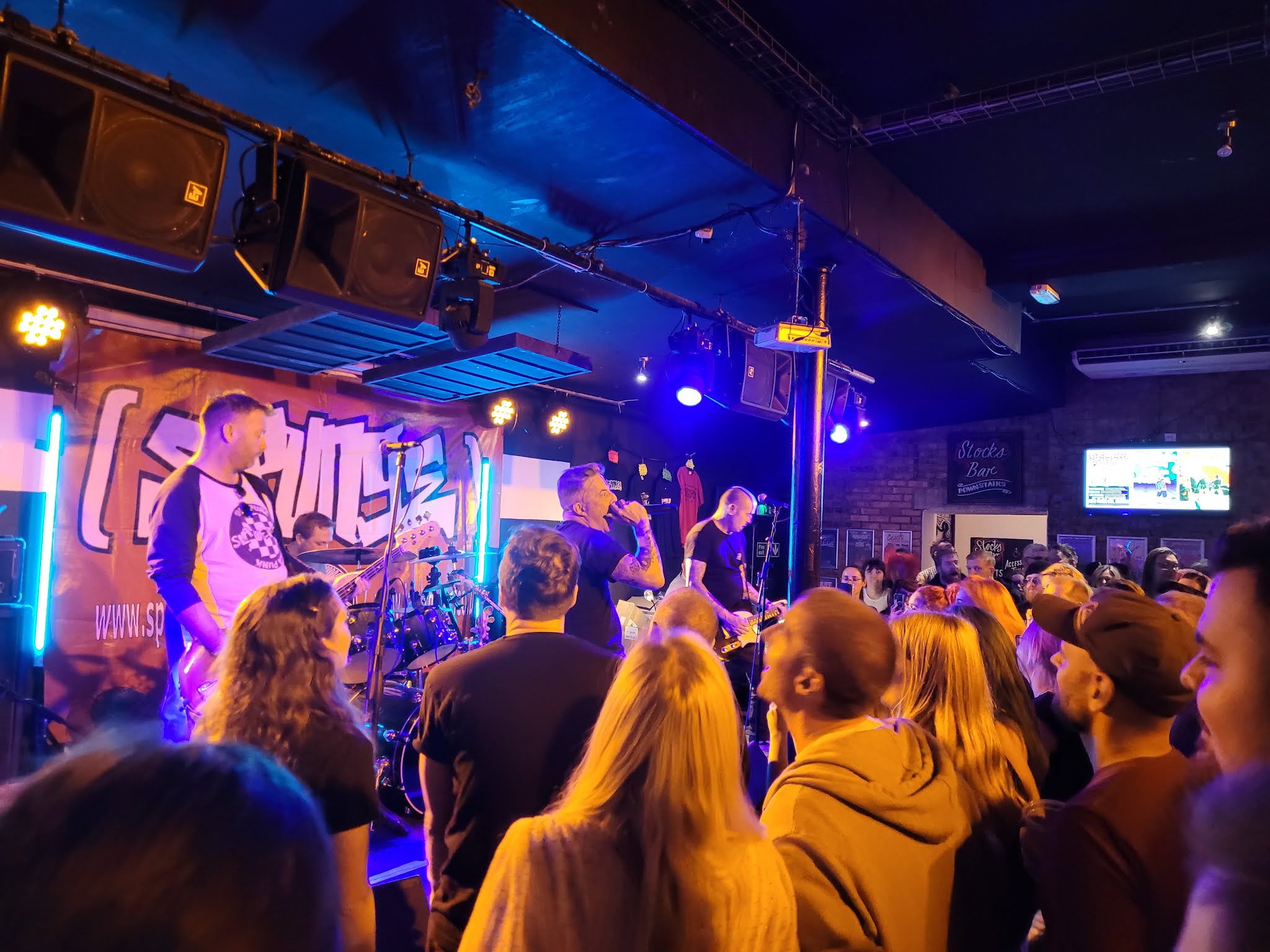 [Spunge] are a super special band to me and it was quite a moment to see Room For Abuse in full. The Story So Far turns twenty years old next year and I assume they’ll be out on tour to play that in full next. I’ll see you back at NXI.
This review was written by Colin Clark. Photos also by Colin.
Posted by ColinsPRW at 12:09:00