Gig Review: The Specials at The Roundhouse, Camden 23/9/21 (by Chris Bishton)

I honestly couldn't remember buying tickets for this gig. Was it pre-Covid? During lockdown? During lockdown II? And if I did, had it been rescheduled at any point or had I requested a refund? Who knows, but it was a bit of a jolt when my mate texted a week before asking "was it you that brought The Specials tickets or me"?!

Then it came back. It was me. I vaguely remembered having to apologise for sleeping on them and only managing to get tickets for the Thursday night rather than our preferred choice of Friday at the same venue, The Roundhouse, in London. Cue frantic searching through emails for confirmation and booking references, followed by endless hours of shuffling my life around so I'd be able to make it and, finally, this was it... back at a live music gig for the first time in over 18 months!

And what a way to come back! One of my all time favourite bands in one of my favourite venues. To my mind, The Specials are living legends and their gigs are as welcoming as they are boisterous. The Roundhouse is probably my favourite mid-large sized venue. Originally a railway turning point, it always seemed derelict when I was a kid, but the listed building is now restored holding around 2,000 people. It seems vast inside, with a cavernous roof space and numerous supporting pillars, but because it's circular, even if you're standing towards the back, you're never that far from the stage. As we queued to get in, I couldn't wait for it to get going.

So, first up is Freedom Highway. A jaunty start, it's the first track off their new Protest Songs album. Always politicised, always 'protesting', I guess it was to be expected they'd start with this or something similar, but I can't help thinking I wish it was a song of theirs that I *really* loved. Not to worry, the second song is Rat Race, and we're right into classic Specials. The crowd sways, bounces and skanks in its appreciation before more favourites, Do Nothing and Friday Night, Saturday Morning, follow.

"Warning, warning nuclear attack" cries Lynval Golding providing us with the crucial introduction to the wonderful Man at C&A. It's at this point in the evening I hear the first shout of "Rude Boy" signalling we're in the full swing of things now. Stereotype and International Jet set come next, both familiar, before a song from 2019's Encore album. This release had me nervous a few years ago. Bands releasing new material after such a long time is always tricky, but I'd loved that new album and it was great to hear something from it live for the first time. 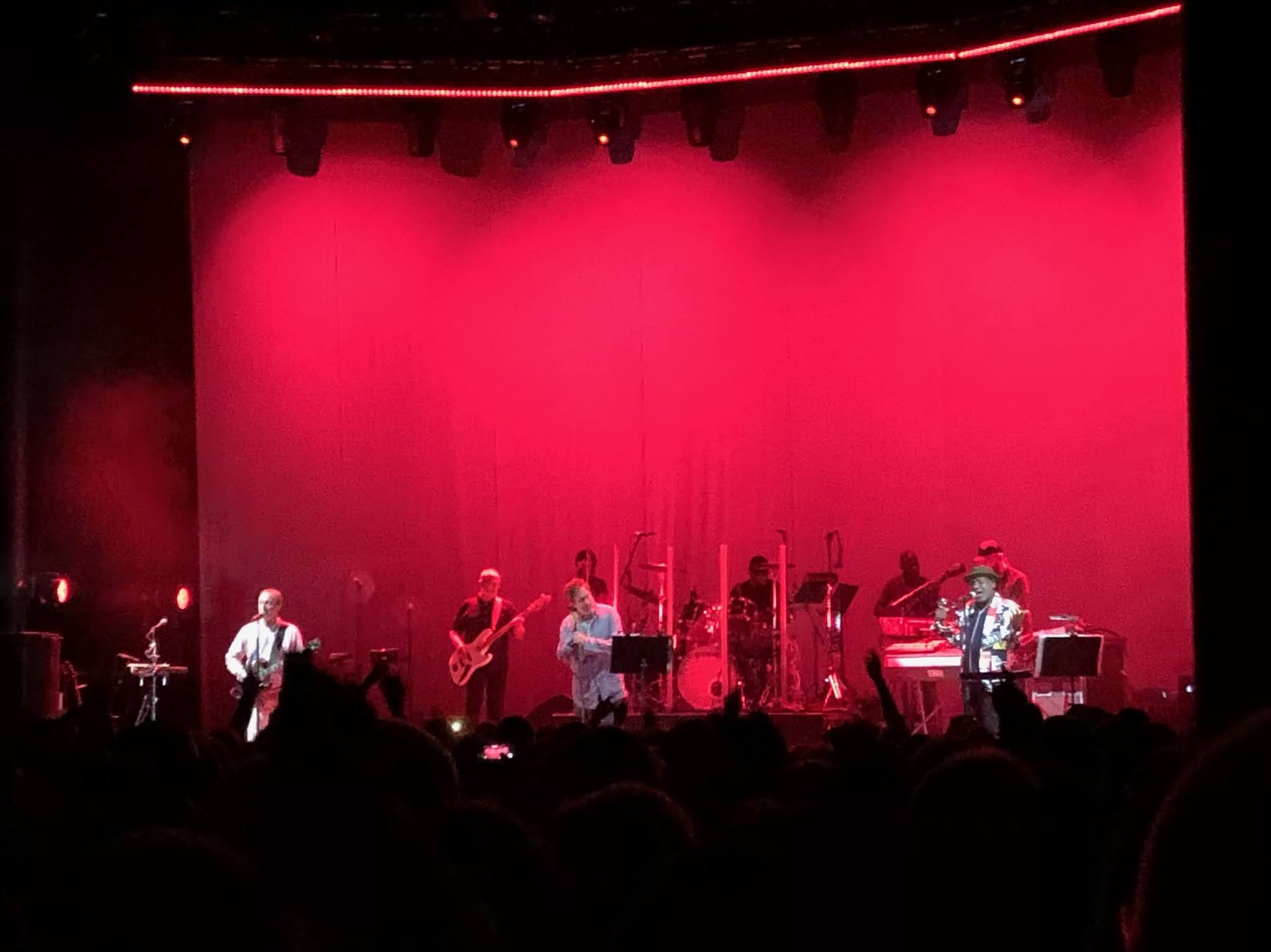 Most of the band then leave the stage as Lynval and the drummer lead the crowd on a mellow singalong of Bob Marley's Get Up, Stand Up – a classic that is also covered on their new Protest release. Then, before everyone else returns to the stage, Lynval gees up the audience again with crowd pleasing anti-Tory comments, although his scolding of that week's climate change protests is not received as well as I think he anticipated, as my mate an I exchange a WTF glance to each other.

Back with the full band, they continue with absolute belters including A Message To You Rudy, Nite Klub and Too Much Too Young before concluding with the adored Monkey Man before they leave the stage. There's nothing quite like a Specials crowd dancing and singing along to this cover.

The encore starts with a slower song that I don't actually know, possibly another from their new album, but then the penultimate song is Ghost Town, another classic crowd pleaser. Unsurprisingly, Terry Hall hasn't cracked a smile all night. This continues right to the final song as he urges the crowd to sing with more gusto with each verse of You're Wondering Now. Finally, as what seems like the entire audience shouts it at the top of their lungs, he's satisfied, breaking out into a fabulous grin. His and our night is done and we've all loved it.

The devotion and affection towards The Specials, rightly, continues to endure. This was the first of two sold out nights at the Roundhouse, followed by another third gig in London at the Troxy. So lastly, if I may, just an observation that continues to grate on me. I've no time for people bemoaning Jerry Dammers, Neville Staple et al are no longer in the band. If you don't like the formation of the band now… don't go to live gigs and sound off about it loudly in the pub beforehand. Yes, we all have bands that we'd like to see play with their original line-up, but The Specials first split in the early 80s. You'd have to be in your late 50s or older to have seen the original band live. So don't go to gripe, go to Enjoy Yourself (It's Later Than You Think)!
This gig review was written by Chris Bishton.
Posted by ColinsPRW at 12:13:00

Email ThisBlogThis!Share to TwitterShare to FacebookShare to Pinterest
Labels: Gig Review, Ska, The Roundhouse, The Specials