Despite still being a relatively new band, Edinburgh’s Nelson Savage have been super prolific since forming in 2018 – they’ve already released four EPs. Their latest, and the subject of this review, was released in January on Anti-Manifesto Records. Titled Cracked Beyond Repair, it features five brand new tracks of emotional pop punk. 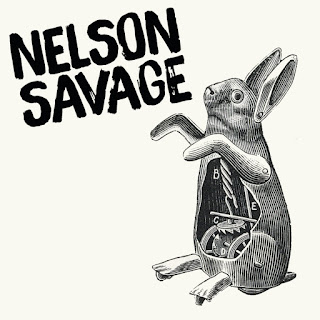 The opening song is named Bricks. The track starts with a fantastic guitar solo that quickly pulls you in. Soon enough the vocals come in and we are greeted with a subtle yet mesmerizing style that does a magnificent job of telling the story of the song. Bricks has plenty of hooks that will enable you to pick up the song quickly and the use of harmonies throughout the song add some brilliant additional layers to the track. Next is Glasgow Coma Scale. The song sees Nelson Savage up the tempo of the EP and also feels as if the song was written to be a cathartic sing-along. It certainly feels like that. The track is about feeling as if you’re sleepwalking through your life and looking for people who are feeling the same. I really enjoyed the moment where the track got slightly quieter with the lines “while I’m sedate, can you relate...” before it builds to a bigger finale.

The third song is Choke. Choke starts out with a jangly guitar riff before the vocals come in. The track sees Nelson Savage venture into the political waters (potentially for the first time as Nelson Savage). Choke is about being outraged by the political and social unrest that is ongoing all over the world, wanting to speak out but not feeling able to. I’m sure that’s something a lot of us can relate to. The penultimate song is titled Auctioneering. This track is about trying to sell yourself to the world and showcasing every side of the person you are. Vocally it sounds slightly angrier than the previous songs; you can definitely hear some spite at times. This adds an extra emotional element to the entire EP that I really liked. The big sing-along of “if you’re not buying what I’m selling” was a great touch that I look forward to witnessing live at some point. The final song on Cracked Beyond Repair is Kings Of The Inbetween. Whenever a song begins with a cymbal crash you expect it to be high in energy and, in its own way, Kings Of The Inbetween delivers that. The track looks at life in your thirties and all the questions that surround your life at the time. Remembering that the cookie cutter life isn’t for everyone and people are successful in different ways. I found this song extremely cathartic as I often question where I am in my life before realising that it doesn’t matter, as I’m happy.

Nelson Savage are one of the hottest new(ish) bands in Scotland. There’s always a slight worry that when a band releases so much music so consistently, will it always be good or will it be a bit throwaway? I’m very happy to report that Nelson Savage seem to get better and better with every release. If you’re not listening to these guys yet, change that.
Stream and download Cracked Beyond Repair on Bandcamp here.
Like Nelson Savage on Facebook here.
This review was written by Colin Clark.
Posted by ColinsPRW at 12:28:00