Album Review: Ways Away by Ways Away

I forget how I found out about Ways Away but I always enjoyed them when they popped up on my massive review playlist I have on shuffle when I’m at work. They always reminded me of Hot Water Music and I’m a big fan of that band so whenever Ways Away came on my ears pricked. It turns out that Ways Away are a bit of a super group and feature members of bands such as Stick To Your Guns, Wish You Were Here, Samiam, Knapsack, Racquet Club, Boysetsfire and The Hope Conspiracy. In July they released their self titled debut album and I’m finally getting round to reviewing it. It seems apt that I’m reviewing it on a day that I should’ve been flying out to The Fest in Gainesville as they sound like the perfect band to appear at the festival. 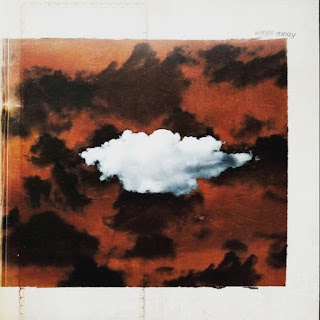 The album starts out with Die On The Vine. Beginning with some guitar and vocals, it’s a soft opening to the album. It feels welcoming and also introduces you to what you can expect from Ways Away. It’s a mid-tempo sound with warm guitar tones and heavy drums. Lead singer Jesse Barnett’s vocals captivate from the very start of the track and will continue to do so right through the entire album. Ways Away step things up considerably on the next track, No Means, No Ends. The jump in tempo is immediately striking and it really got me excited. The entire song has an urgent feel that I love and Jesse’s vocals become more intense and powerful on the track. It’s about trying to sever ties with a friend and that proving to be difficult and ultimately frustrating. The contrasting melodies of the verse and chorus are fantastic. The verse is packed with hooks before the chorus hits you full force. Roam With A Ghost is up next and takes things to a more sombre level. The band slows things back down for a song about spending time with someone who often causes chaos and needing to step away from that person. It seems to me as if Jesse is wanting to grow up and worries that their friend is holding them back.

The fourth track is Halfway Open. I can remember first hearing the song and getting a bit of a Alkaline Trio vibe. Always keen for that! This is a haunting pop punk song packed with more hooks than a fisherman’s pocket. The chorus is one that you will quickly find yourself singing along to as passionately as you possibly can. This is one of those songs that has so many little things hidden in it that you’ll find something new to love every time you listen. Everyone I Know (The Optimist) brings us to the halfway point of the album. The track is about seeing all these people with big plans for the future having them blow up in their face and it feeling great because those people have always looked down on you. This is one of the band’s slower and softer songs. The melody really hooks you in though and you’ll find yourself tapping your toes and listening intently. As the song finishes there is an added intensity and the final lines of “but I can’t lie it feels great, I feel great” being shouted is a great touch to finish the song with.

Savannah starts the second half of the album off with the question “will I ever learn, to wait my fucking turn?” Here we find Ways Away in retrospective territory. Jesse sings about looking back on past mistakes and trying to learn from them. There are some subtle harmonies sprinkled throughout the song which adds to the emotion in the song and the higher pitched tones of the guitars add some nice atmosphere. The seventh song is Drop Line Sink. This is another atmospheric song that, after a soft start, I really expected to explode into life. Surprisingly it never did but that didn’t stop me really enjoying the track. The vocals on the track feel a bit muted in the production, this really allows Jared Shavelson’s drum to shine through. The drums feel like the driving force throughout the entire song, controlling the tempo and the mood. Up next is Gila. Gila was another stand out song when it came on during shuffle. The opening drum beat and then guitar riff really captured my imagination and the first set of vocals sound huge. It sounds as if there is an echo effect used on those opening vocals that give them a different sound to what we’ve heard so far on the album. That aforementioned guitar riff makes me think of something from an early Against Me! album whilst the vocals have a grungey quality to them which makes Gila stand out from anything else on the album.

The penultimate song is titled Collarbone. This song starts with some wailing guitars that really amp the energy back up. For me this was really needed as it gives the album a shot of adrenaline to keep the album going. There’s a forcefulness in the way that the vocals are delivered that helps add even more energy and also adds the song’s hooks. The song is about coming out of a relationship and feeling like you can escape from that person. You can really feel the emotion in Jesse’s voice and that really added to my enjoyment of the song. The album is completed with What Are We Gonna Do About Matthew? This song is about reaching out to someone who has been going through a tough time while you’ve not been around. The track feels extremely personal to Jesse but also could be extremely relatable to anyone who’s going through a similar thing. I’m sure at some point we all feel like we could have been a better friend or family member to someone who’s going through tough times. This song finishes the album on a sad note but also leaves a lasting impression that you probably won’t forget in a hurry.

Given the collection of musicians in Ways Away, there was no doubt that this was going to be a great album. Surprisingly, I haven’t noticed many people really hyping this album up as it’s a really solid album. If you’re a fan of bands that play The Fest then Ways Away will be right up your street.
Stream Ways Away on Spotify and buy physical copies of the album here.
Like Ways Away on Facebook here.
This review was written by Colin Clark.
Posted by ColinsPRW at 12:11:00