Toodles & The Hectic Pity are a folk punk trio based in Bristol who play catchy and upbeat songs with not always so upbeat lyrical content. But you knew that already, right? Because we’ve been raving about Toodles here at CPRW since their 2017 debut EP Call In Sick. We’re also particularly excited about the band at the moment as they are playing Do It Together Fest, at South East London’s New Cross Inn, this weekend. That, and the follow-up to Call In Sick is out next month! Titled Ghosts, Guilt & Grandparents, the five-track EP is Toodles & The Hectic Pity’s first on Specialist Subject Records. CPRW was sent an advanced copy and, for some reason, Colin has allowed me the honour of reviewing it. 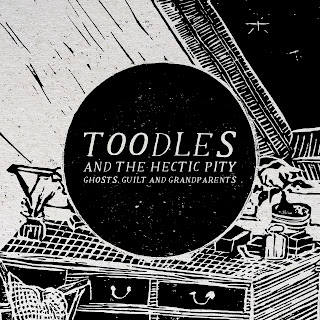 The first song on Ghosts, Guilt & Grandparents is Ducks which was released as the EP’s lead single at the end of last year. Ducks is an upbeat and melodic tune from the outset, serving as both a fine opening track and decent introduction to Toodles & The Hectic Pity if you haven’t listened to them before. The sound seems fuller and perhaps less typically ‘folky’ than their previous EP but it’s still quintessentially Toodles. Interestingly, the chorus sees the pace slow down a little to focus on every word that frontperson Callum utters. Ducks is about being lonely and realising that a ‘home’ is as much about the people in it as it is the building itself. I’m also informed that the ducks mentioned in the song are a reference to Catcher In The Rye but I cannot vouch for that myself as it’s one of the many classic books I have yet to read.

Fates Worse Than Death is the name of the second song. Opening with some pleasantly jangly guitars before the firm bass and drums come in followed by Callum’s distinct vocals, Fates Worse Than Death is a mid-tempo and perhaps slightly self-deprecating tune. The lyrical content is pessimistic with mentions of loneliness again – ‘Because you were far too bored, And I was far too lonely, For this conversation to work out politely.’ – but the delivery doesn’t feel sad. Which is perfect for me because I love a sad song that sounds happy! The highlight of the song has to be the repeated line of ‘Because everyone, everyone, everyone but me must be feeling so fucking happy’. There’s singalong potential there, for sure. Up next is Spooky Furniture and here Toodles try something completely different. The song has a slow and muted start, with the strums of guitar feeling almost alt-country or Americana in sound. The vocals are soft to begin with but as the song progresses, and the rest of the band eventually join in, Callum seems to get more energised and impassioned as he sings of grief and ghosts. At just over six minutes in length, this is no short, simple pop punk song. It’s complex and takes you on quite the journey as a listener, such is the power of Toodles’ songwriting.

The fourth song on Ghosts, Guilt & Grandparents is called Sugar Loaf. When I first listened to the EP through, this was an immediate favourite of mine. That may perhaps be because it reminds me most of Call In Sick and feels instantly familiar. It’s also fast-paced, bouncy and a whole lot of fun. I guarantee that the shouts of ‘You wake up and make coffee for me’ will be stuck in your head for days. Unlike much of the rest of the EP, Sugar Loaf feels pretty positive and uplifting which is a feeling that I would hope transfers to the listener. It certainly had me smiling anyway. The final song is Mountain Man. Also a long song (clocking in at just over 6 and a half minutes), this almost feels like a continuation of Spooky Furniture – a part two, if you will. From the opening line of ‘Because you’ve been seeing ghosts’ through to the talk of moving to the mountains alone, there’s a haunting and eerie feel to the song. There’s also the nice addition of some trumpet, courtesy of Danny Lester, which adds to those feelings. Mountain Man is certainly a sombre-sounding track but that’s no bad thing as it simply emphasises the emotion and makes for an impressive ending to Ghosts, Guilt & Grandparents.

I am very excited to see Toodles play some of these new songs live and as a three-piece, having only seen Callum play solo previously. As I mentioned earlier, Toodles & The Hectic Pity are playing Do it Together Fest in London – on Saturday the 25th. They are also playing in Cardiff the day before and in Oxford the day after with Triple Sundae – who, of course, are also playing DITFest. So, catch them if you can.

Ghosts, Guilt & Grandparents is is available to pre-order on Bandcamp and in the Specialist Subject Records online store and the first two tracks are streaming on Bandcamp and Spotify now. You can, and should, also like Toodles & The Hectic Pity on Facebook.

Last but not least, the super lovely linoprint artwork is by Fi Plummer (Instagram: @Evil_Twin_Tattoo). There’s actually a different illustration for each song as well – how awesome is that?! 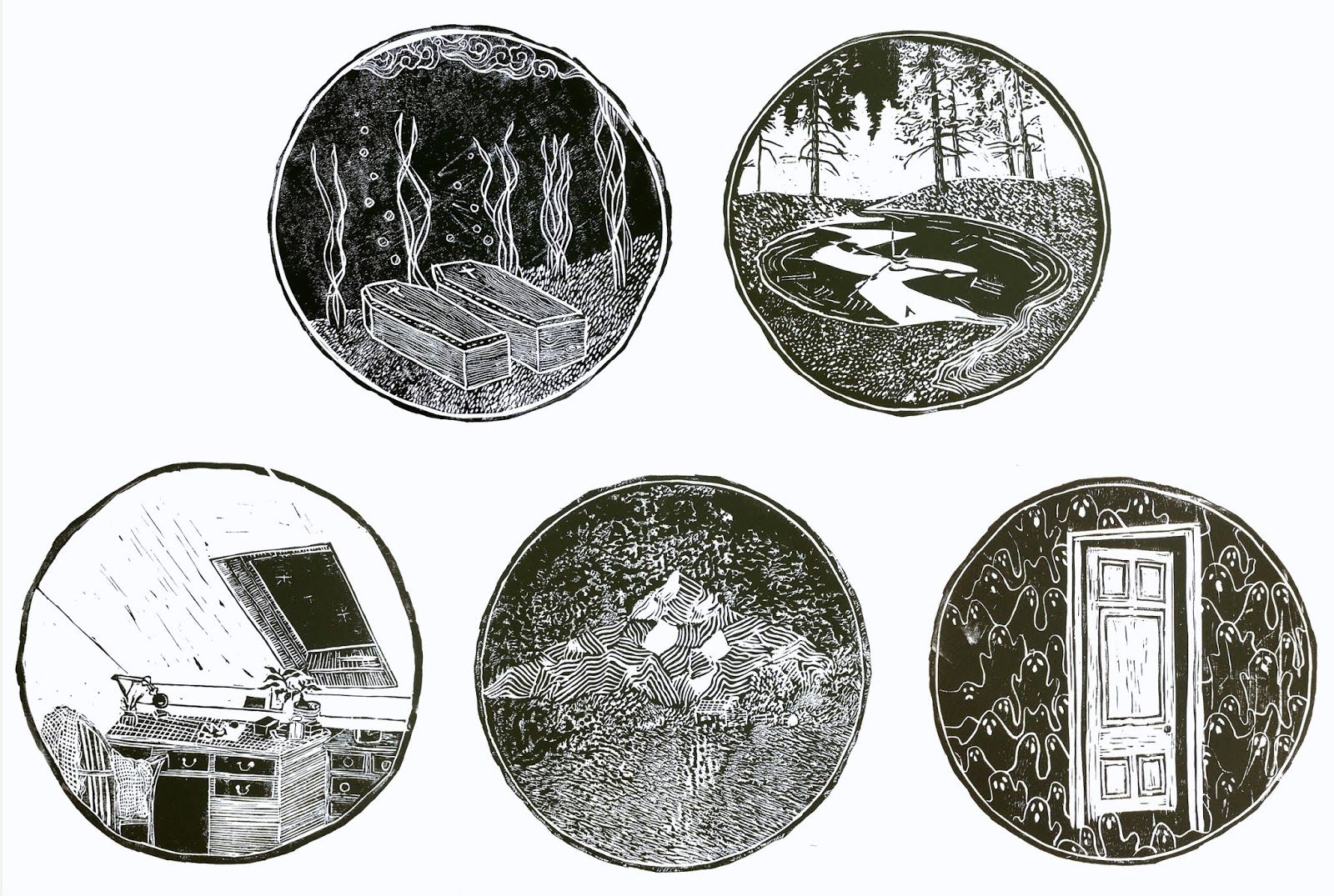