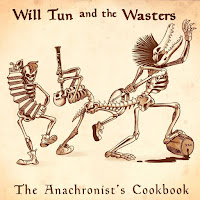 This was my album of the year in the first CPRW albums of the year list. Will Tun & The Wasters were a collective from Bristol who combined ska, punk, hip hop, gypsy and folk and played social and political music. When I first heard The Anachronist’s Cookbook it was like nothing I had ever heard before and I was all for it. This is an album where you not only learn things but truly have the best time. It's an educational party. I love an album which emits a lot of energy and that can certainly be said about The Anachronist’s Cookbook. It just makes you want to dance and sing. Before writing this list, I hadn't listened to it in ages but hearing it again gave me that nice feeling I had when I first heard it. 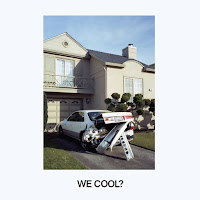 When Bomb The Music Industry sadly decided to call it a day, it was a pretty sad day. Thankfully, Jeff Rosenstock carried on releasing music under the his own name, but with a backing band. We Cool? was the second release under that name but a release that really seemed to make people, away from just the DIY punk community, worldwide really take notice. We Cool? actually finished below The Anachronist’s Cookbook on my 2015 list but I've placed it above on this list because it has stayed with me much longer. I feel like this album helped shape some of my tastes for the decade, with a more chaotic sound but also with lyrics about growing up and trying to work out what you're doing with your life when you hit 30 years of age. 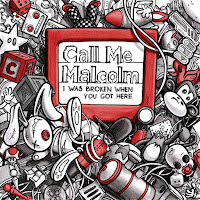 This is the most recent album on my list. For me, it's the album that revitalised the current boom in the UK DIY ska punk scene. Call Me Malcolm blew all expectations out of the water when I Was Broken When You Got Here was released. I can remember being told just how good it is before I had the chance to listen to it and being sceptical. Moral of the story: I shouldn't be so sceptical. Adding a bit more crunch into their sound than was previously found on their debut but also retaining the upbeat and catchy melodies, I Was Broken is an album that looks into mental health with the band being brutally honest with their struggles throughout the lyrics of the songs. Listening through the album now, every time a song begins I just grin with excitement with what is to come.

7. The New International Sound Of Hedonism by Jaya The Cat (2012) 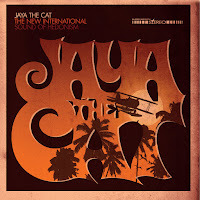 It took me a while to really ‘get’ Jaya The Cat but when I did I knew this was an extremely special band. The New International Sound Of Hedonism was the album that introduced me to Jaya The Cat and eventually started a love affair that continues to this day. Containing fourteen reggae punk songs that all make you want to dance and sing along, every time I listen to it it gets better and better – even seven years after it was released. Despite a lot of the content not being something that I would endorse, you can't help but get swept away with the album. Whether it's a chilled out song or a riotous party banger, Jaya The Cat have this brilliant way of capturing the audience's attention on each track. 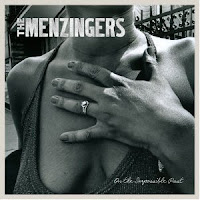 If I hadn't have included On The Impossible Past on this list, I'm sure I would have had some pretty angry reactions. I can't think of another album released in the past decade that has put a band more on the map than On The Impossible Past has for The Menzingers. Featuring Menzingers classics such as Good Things, The Obituaries, Gates and Casey, this is another album that looks at growing up and finding your place in the world. Such a big theme of this decade for me. The Menzingers do an amazing job of painting pictures with their lyrics and generally just making you feel that you can relate to every word they sing. The passion that this album creates in people is truly amazing. 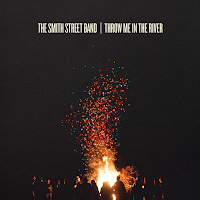 2014 was without a doubt the hardest year of my adult life and the first time I really came to terms with the fact that I suffer from mental health issues. Of course, I found help in music and, in particular, a band from Australia that I had recently became obsessed with – The Smith Street Band. Throw Me In The River is just incredible from start to finish. It's just so powerful and emotional. It takes you on a journey of ups and downs for anyone who suffers with mental health problems and I really held onto it. This was the first time I think I really related to music on a level like this rather just thinking it's got a nice beat and makes me smile. Albums like this made me realise why I love music so much and why it's so important. 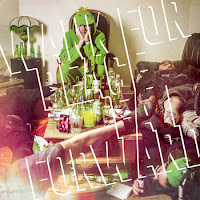 French punk rockers Wank For Peace are the perfect band for why you shouldn't ever judge a band by their name. Fail Forward, which sadly turned out to be the band’s final album, was a real grower for me. It's a raspy vocalled melodic punk/hardcore sound that gets me more pumped up than any other album ever. This album is forever my pre-football match soundtrack. It's one of those albums that never fails to get me moving in some way. Musically it's very powerful, not only does it make you want to move around but the messages in the songs are inspiring – with songs about mental health, personal growth, political and social justice and friendship among other things. I heartbreakingly never got to see these songs live but the band have been back playing the odd show in 2019 and I'm hoping they play the odd show somewhere near me in 2020. 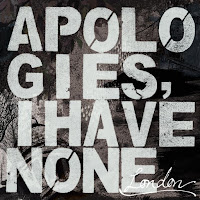 I don't think there has been a more definitive album from the UK punk scene in the last decade than London by Apologies, I Have None. The band started off as an acoustic duo before gradually becoming a full band and London was their first full length release as a band. The combined vocal and songwriting talents of Josh and Dan really make this album what it is. Emotional punk rock with catchy pop hooks and life affirming lyrics. Having two different songwriters and singers gives London this wonderful dynamic where you really get the best out of both performers. Seeing these songs played live always elicits such a passionate response from a crowd and I do consider myself very lucky to have been able to seen Dan's songs live before he sadly left the band. 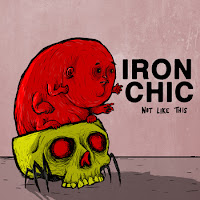 Think back to pre-2010 and before Not Like This was released, how many bands sounded like Iron Chic? Now think again, in 2019 how many bands sound like Iron Chic? The New Yorkers were probably the first gruff punk band I ever got into and have been a big reason I have become a fan of so many others who have formed since Not Like This was released. Not Like This features ten absolutely perfect tracks. Like a lot albums on this list, the album is packed with songs about growing up and trying to find your place in the world. There are so many tattoo worthy lyrics throughout the album, it’s absolutely staggering. I imagine there is someone, somewhere who has the lyrics to the entire album on their (probably quite large) back. The way in which Lubrano delivers the vocals is brilliant, it's pretty slow paced but packed with intensity. The slower pace really allows the listener to pick the lyrics up very quickly and shout them straight back at the band. Iron Chic are one of those special bands who become one with their crowd. 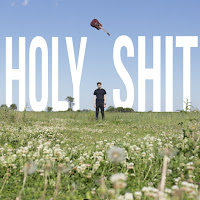 Holy Shit by Davey Dynamite is not only my favourite album of the decade but my favourite album ever. I can still remember the first time I ever heard it. I was sitting in my bedroom at my mum’s house looking for new albums to review, I was on dyingscene.com and they were streaming Holy Shit. I clicked play out of curiosity and was blown away. There was this powerful and raw sound that I hadn't heard since the first time I heard Against Me!. I remember having goosebumps as I listened to the album again and again. No other album ever has moved me in such a way as Holy Shit. It's not just about wanting to move around and dance or that kind of business though. It's the messages packed into the album that really hit home. Davey talks about appropriation, homophobia, politics, social injustice and generally standing up and fighting for what you think is right. Davey pulls absolutely no punches with the lyrics on Holy Shit. They're frank and blunt showcasing such an intensity that makes you really believe in everything that they're singing and it's so powerful. I truly believe that you can listen to this album and want to be a better person, to just go out and join the fight to make the world a better place for everyone. It epitomises what I think punk has really become this decade – it’s about coming together, helping one another despite constantly being held down by "the man." Punk’s always been as much about being a movement as it is about the music, Holy Shit displays what is best about both of those things. Thank you Davey, for writing this album.

This top ten was written by Colin Clark.
Posted by ColinsPRW at 12:20:00

Email ThisBlogThis!Share to TwitterShare to FacebookShare to Pinterest
Labels: Apologies I Have None, Call Me Malcolm, Colin Clark, Davey Dynamite, Iron Chic, Jaya The Cat, Jeff Rosenstock, The Menzingers, The Smith Street Band, Top 10s, Wank For Peace, Will Tun & The Wasters