If you are of a certain age and you grew up loving UK punk rock music then I have no doubt that you have fond memories of the P-Rock TV channel. The channel, which only ran for about six months, played music videos from bands such as Rancid, The Distillers, The Vandals, Allister and Home Grown, as well as UK acts such as 4ft Fingers, King Prawn, Farse and [Spunge]. One UK act that is potentially most associated with the channel is Whitmore, because of the video for their song Alison. In 2022, the album which featured Alison, Smoke The Roach, turned twenty years old and Whitmore figured it would be a good time to celebrate this. A few shows were booked, including one at the New Cross Inn put on by Be Sharp Promotions. Of course, I had to pop along to the party. 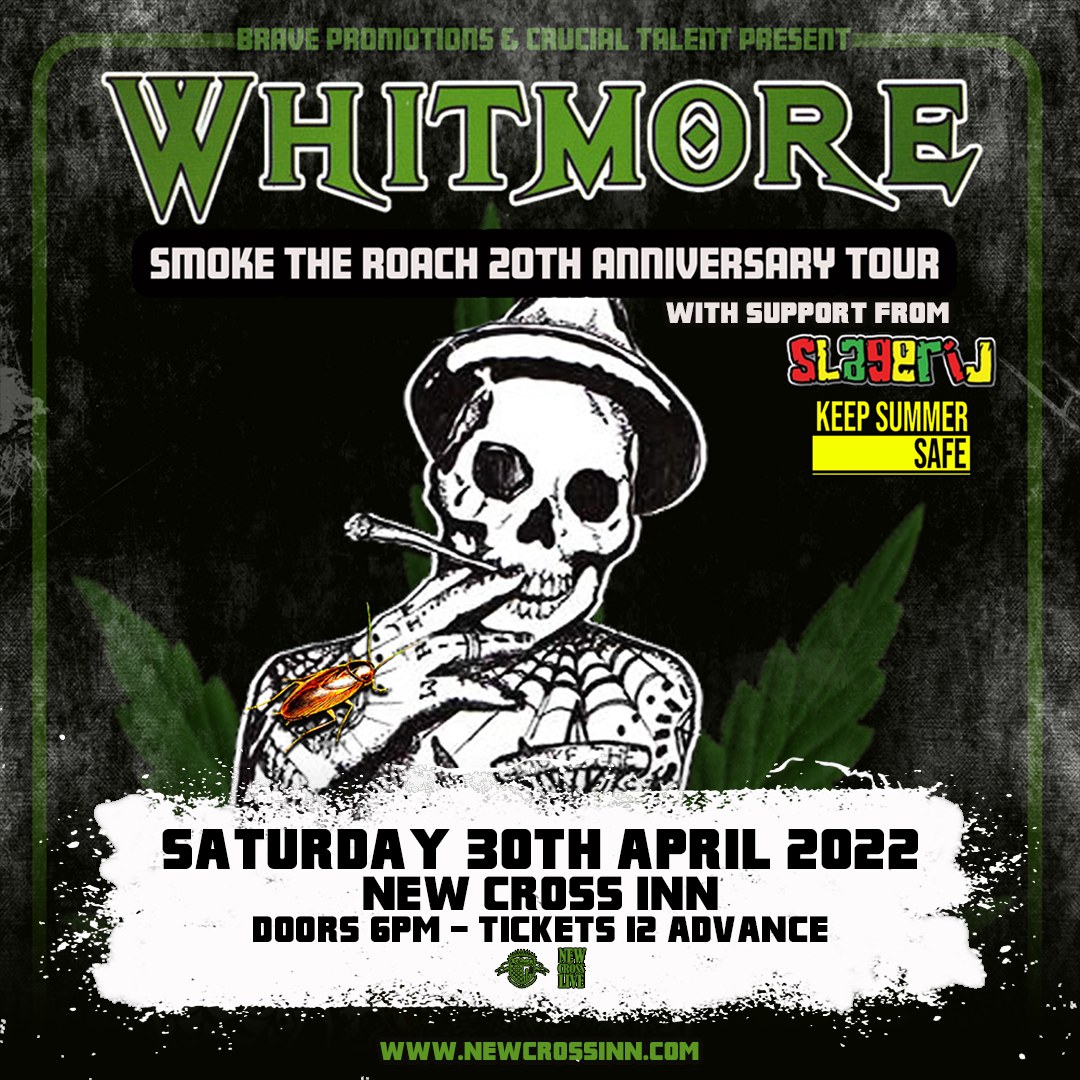 I turned up early and caught up with Be Sharp’s Paul and Martin of Slagerij, one of the support bands for the evening. It was a bit disappointing to see the room looking a bit sparse for a band that is remembered so fondly but it was interesting to see the folk who did turn up. It looked to be mostly a bunch of folk in their mid to late thirties who have perhaps been allowed a night off from their partners for the gig. There were, however, also some young people in attendance. They were the opening act, Keep Summer Safe. The three-piece are a fairly new band but I recognised lead singer and guitarist Gian from filling in for Fastfade a few years ago. I felt like they were a great choice to open the show with their fun and energetic style of pop punk that fits perfectly between old school bands such as Blink and New Found Glory and newer bands like The Story So Far and Neck Deep. From the outset, the band made it clear they were about having fun and it was super nice to see. The between song banter was entertaining and at one point their bass player even left the stage to go to the bar for a drink! I get the feeling that I’ll be seeing Keep Summer Safe a lot at New Cross in the coming months and years. 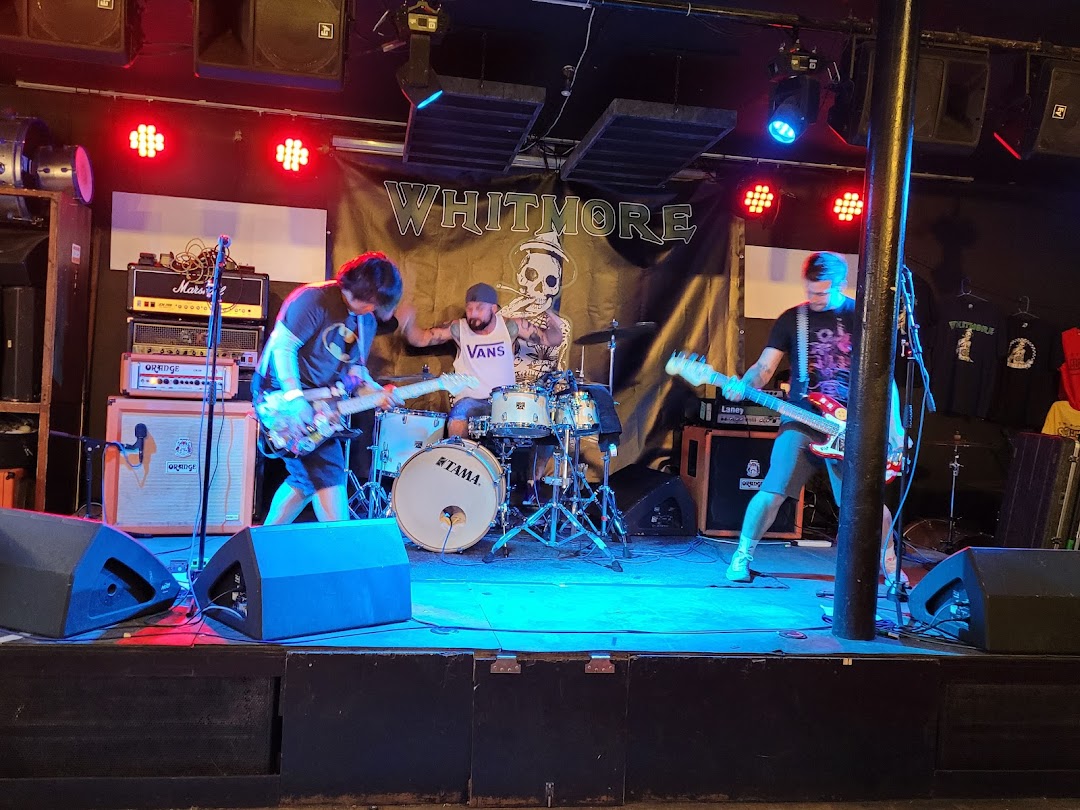 Slagerij were next to take to the stage and had been supporting Whitmore at all of their Smoke The Roach shows. They had only been at the New Cross Inn a few months previously, supporting [Spunge] on their Room For Abuse tour. I had been impressed with the three-piece back then but this time I enjoyed them even more. This might be as I was a bit more familiar. It might be because the venue wasn’t as busy as the previous time. There’s a very good chance it was partly because I hadn’t just done my first three day festival in two years before the gig. As I watched the band bounce around the stage with relentless energy, I tried to think of some of the newer bands in ska that play this style and the only one I could think of that is remotely close were our friends Baldhead And The Dreads. Despite only being a three-piece, I was very impressed with the way they commanded the stage, using every square inch of it during their set. As they played through their set, Slagerij got more and more people dancing and got some great crowd participation during their penultimate track, Can’t Stop A Nation. This was a lot of fun and I hope it’s not long until they find themselves back in London again. 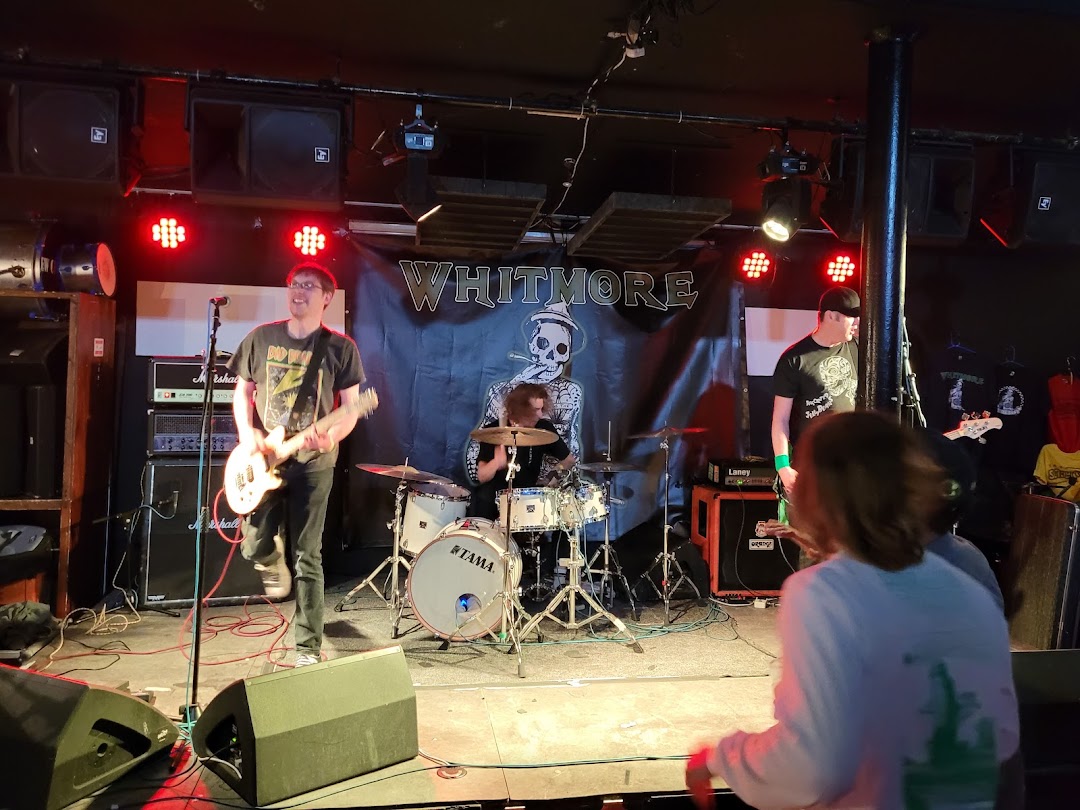 As we waited for Whitmore to take to the stage, Paul and I spent some time talking to Des and Jarv from [Spunge] who had travelled to South London for the gig. My mind is blown that not only do two members of the band that I have stated many times are my gateway band know who I am, but that they took the time to talk to me and thank me for the work I do with CPRW. It was really overwhelming but much appreciated. They also told me to write that Whitmore are shit….

I couldn’t do that though as Whitmore played a brilliant set. This was a Smoke The Roach set but when they didn’t open with Alison I soon realised that they wouldn’t be playing the album in order. I think this was a great idea as it gives you the surprise factor you don’t get if you play the album from start to finish. Much like Slagerij before them, Whitmore commanded the stage like the seasoned professionals that they are. Led by the one and only Robb Blake, who is still heavily involved in the ska scene putting on great shows at his pub in Salisbury, Whitmore worked the crowd into a frenzy. Even though there can’t have been more than sixty people at the New Cross Inn, each and every person in the crowd showed so much enthusiasm for the band. Everyone danced, sang and remembered what it was like to be twenty years younger during their set. I’ll always prefer to be in a crowd of sixty really enthusiastic people rather than one with four hundred people, most of whom aren’t that bothered. One of my thoughts during the set was how I really didn’t appreciate Whitmore nearly as much as I should have during their heyday. I was expecting to enjoy Whitmore’s set but they exceeded all expectations. I had forgotten how many bangers are on Smoke The Roach. Obviously there’s Alison but songs such as Scones, On The Ceiling, 29 Times, Hydrant and Tell You Twice still sound as good as they did twenty years ago. Hopefully Whitmore don’t leave it too long before playing more shows because they are still so good and I’d certainly love to see them again! Here on CPRW our main focus is to always champion new and exciting bands but I always think it’s important to spend some time every now and then looking at the bands that came before and show respect. Whitmore came along at a time when I was taking my first footsteps into the world of underground UK punk and it was awesome to see them play such a good show. I’m still waiting for the day when some legend of a promoter gets all the old favourites back together for a nostalgic all-dayer to end all all-dayers. It would be magic.
This review was written by Colin Clark. Photos also by Colin.
Posted by ColinsPRW at 11:47:00