You know that when Be Sharp Promotions put on a ska and reggae show at the New Cross Inn that it’s going to be an evening full of great music, great times and great peoples. On Friday the 13th of May Tree House Fire were back in South London to play their Rocket album in full to celebrate its ten year anniversary. Along the with Tree House Fire, we had a stacked line-up to enjoy thanks to Zen Baseballbat, Till I’m Bones and Lo(u)ser. 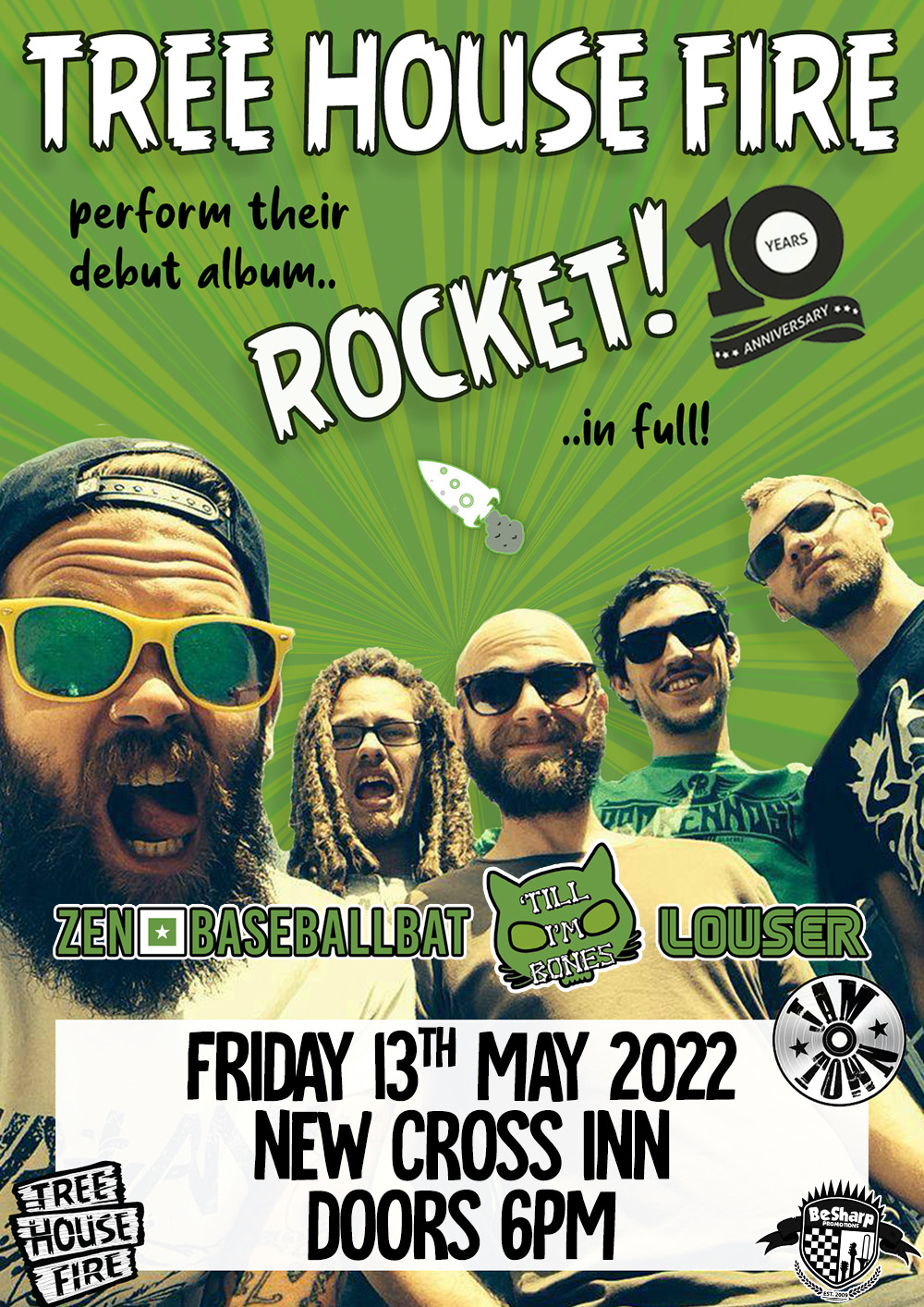 We arrived at NXI quite early and used the time to catch up with our friends. It was nice to see a lot of people had arrived early to catch LA native Lo(u)ser open the show. Armed with just his electric guitar and a Nintendo-themed video projected behind him, I got the impression that not many people in the room knew what to expect from this performance. What we got was a fun, upbeat ska pop half an hour. This was one of the freshest and most creative sets I’ve seen at NXI in quite some time. Lo(u)ser (real named Chris Graue) quickly got the crowd on side and there was a lot of folk saying super positive things about the set when it was completed. There was a moment midway through the set where Chris left the stage and with an advert playing on the projector screen, before returning wearing just a pair of TMNT shorts and socks. I’m not sure why but he joked that he’s just a man with a guitar and that he needed to do something else as he’s just a man with a guitar. This was a very special treat to open the show and I’m glad I got to witness it. 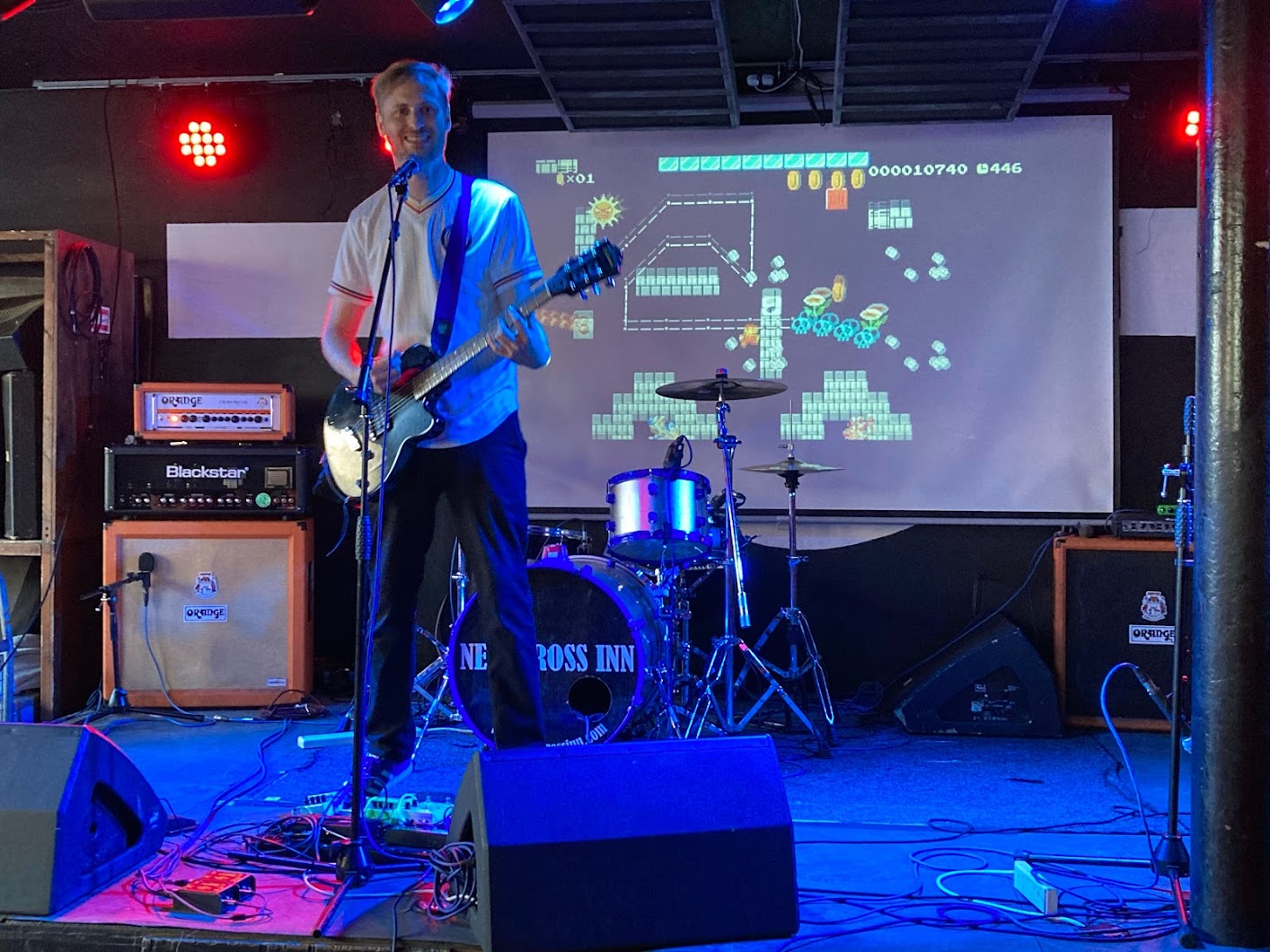 Next up was the debut performance from Till I’m Bones. The band formed earlier this year and features Jak Coleman and Charlotte Corry, formerly of NXI favourites Just Say Nay. It would be super easy and extremely lazy to just say that Till I’m Bones are a continuation of Jak and Charlotte’s former band, which I understand to an extent as Jak has such a recognisable vocal and distinctive songwriting style there will be comparisons, but after getting to see them live it’s clear that this new project is a whole new beast – and I loved it. There’s a whole new intensity to the sound which I would assume is partly the influence of the bands other members, Beth (bass), Gary (guitar) and Aaron (drums). As mentioned, this was their first ever show as Till I’m Bones and my goodness they’ve set the standard very high for their future performances. What an absolute pleasure to witness what will be a big player in the UK ska punk scene in the very near future take their first steps into the world. Till I’m Bones have a handful of gigs all over the UK lined up already and I seriously suggest you get to one near you – what a band! The penultimate support act of the evening were Zen Baseballbat. Despite being around forever now, this was astonishingly the band’s first ever time at New Cross Inn. Coming down from Manchester, it was nice to see a sizable crowd gathered to check them out, I would imagine it was the first time for a lot of people in attendance. For the next half hour or so we got to witness some great ska/new wave from an extremely watchable band. I’ve long said that ska bands have some of the best musicians in the DIY scene, this allows the band to play their songs perfectly whilst also having a dance around the stage. There was a real charm to the set which added to my enjoyment. Playing a set full of tracks from the newest album, Better Ways To Love & Offend, Zen Baseballbat showed there’s plenty of life in the long running band and look set to earn a whole new generation of fans. Now it was time for the evening’s final act, Tree House Fire. Despite being all the way from Wales, Tree House Fire feel like a NXI band. They are absolutely loved in South London and return again and again. When it was announced that the five-piece would be playing their debut album Rocket in full, there was much excitement among the regulars at the venue who have been going to see them for years. The band first came to my attention long after Rocket was released so I didn’t have the same excitement that a lot of people had but was still looking forward to seeing one of the best live acts in the UK ska scene. As soon as they began playing the whole room began to sway, I looked at so many friends with big smiles on their faces as they sang and danced along with the band and I loved seeing it. Something that always impresses me whenever I see Tree House Fire is just how tight they are musically, they are some seriously talented musicians. Lead singer Sam oozes charisma on stage and commands the room throughout the set, they seriously have the crowd in the palm of their hand. With each song they play they get an even bigger reaction and it’s just an absolute pleasure to be in the room. This was another great set from Tree House Fire and I’m sure it won’t be long until the next one. 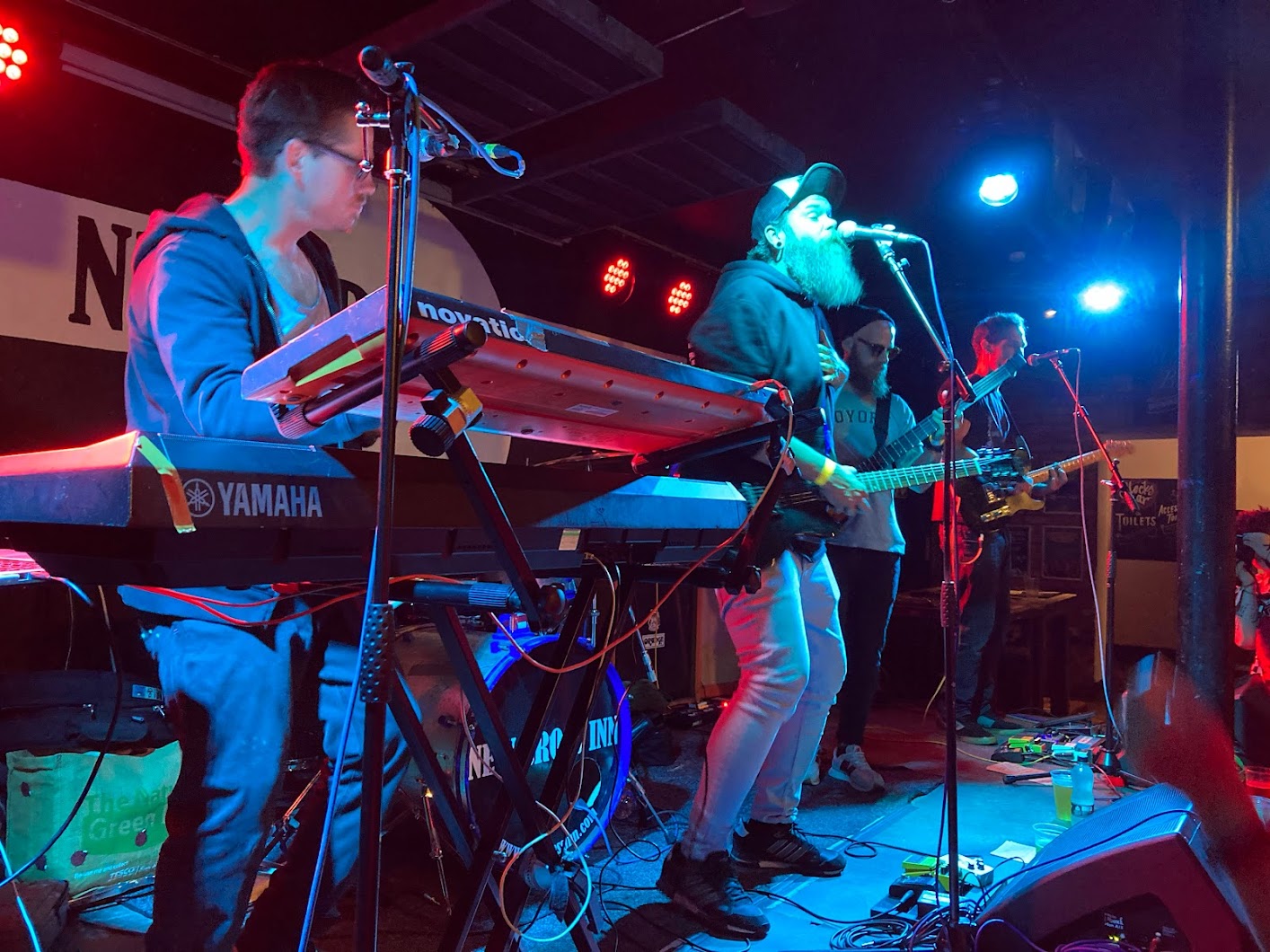 This review was written by Colin Clark.
Posted by ColinsPRW at 12:23:00