‘Folk’ punk is to me what ‘ska’ punk is to Colin – which, if you’ve read this blog before, you’ll know is a big deal. It was my entry into the expansive genre of punk rock as a whole and I still love the folkier side of punk music now. That being said, I’d never seen Houston, Texas, folk punk legends Days N Daze before and so, especially given how much I loved their 2020 album, Show Me The Blueprints, I was very excited when the opportunity arose to see them live – and at our favourite venue, as well!
It was a bit touch and go about whether we were actually going to be able to go to either of the two Days N Daze shows at the New Cross Inn, after the first night sold out before we got around to purchasing tickets and the second night followed suit soon after. Thankfully, due to Colin being more organised than me, we managed to get a couple of tickets for the original date via the Dice waiting list within a week or so of the event. A Tuesday night gig is not usually my favourite but I was excited for this one and, boy, it did not disappoint! 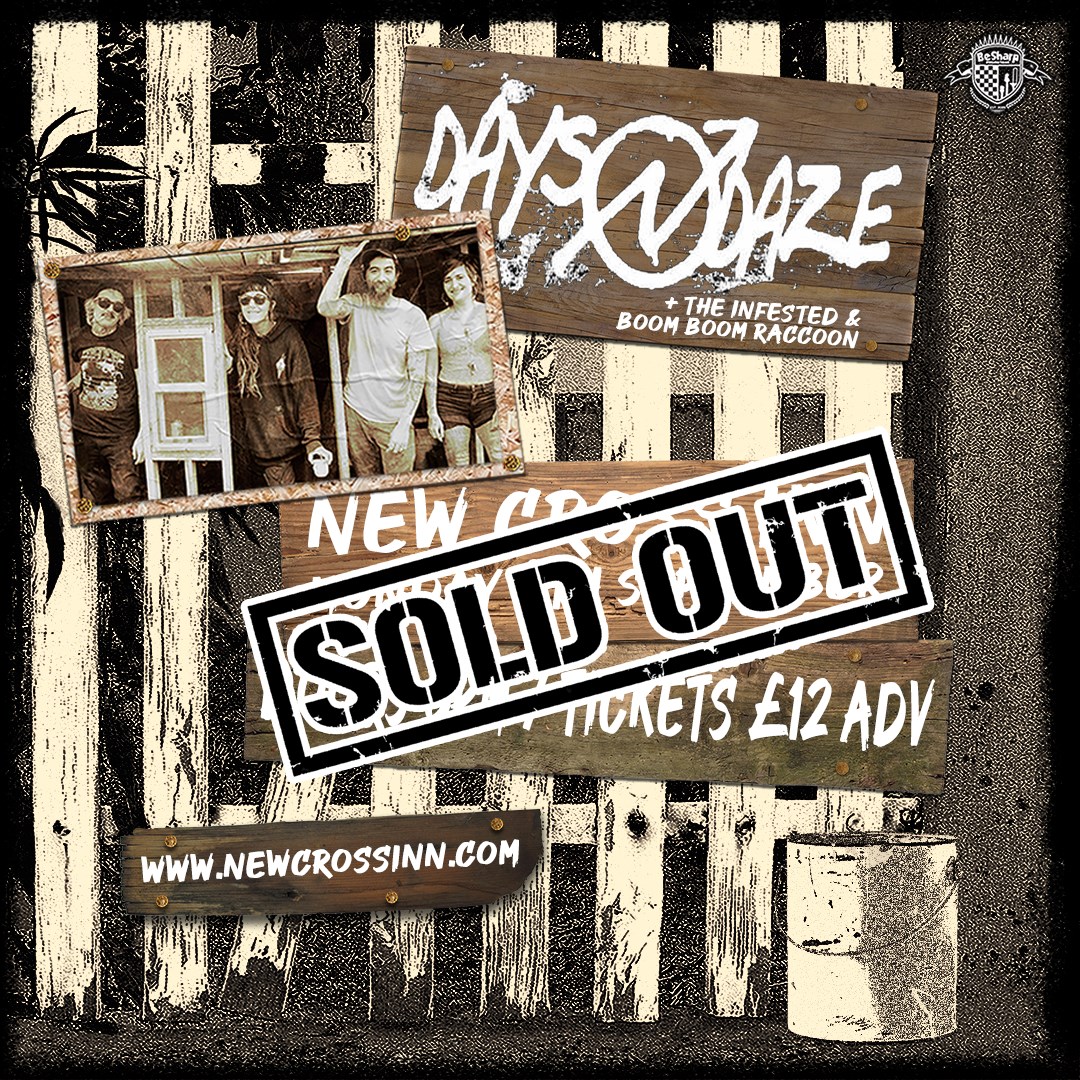 Opening the show and fresh off of the previous couple of Days N Daze gigs were Bristol’s favourite scrappy acoustic ska-folk punk band, Boom Boom Racoon. I’ve always really enjoyed seeing this trio live as their songs are a lot of fun and they always connect with the crowd so well – everyone feels part of the Boom Boom Racoon family. However, I must say that since the pandemic they really seem to have upped their game. We had a the pleasure of seeing them perform at Fishstock earlier this year and thought it was the best we’ve ever seen them. Well, at NXI on a Tuesday they managed to excel again. Classic tunes such as NHS (National Health Simpsons) and their cover of Boom Boom Boom go down a treat as always but it’s their newer songs like Fuck You Ashley that really shine. It was nice to see so many folks down early for the opening band and the Racoons certainly did a great job of getting everyone smiling and bopping away. 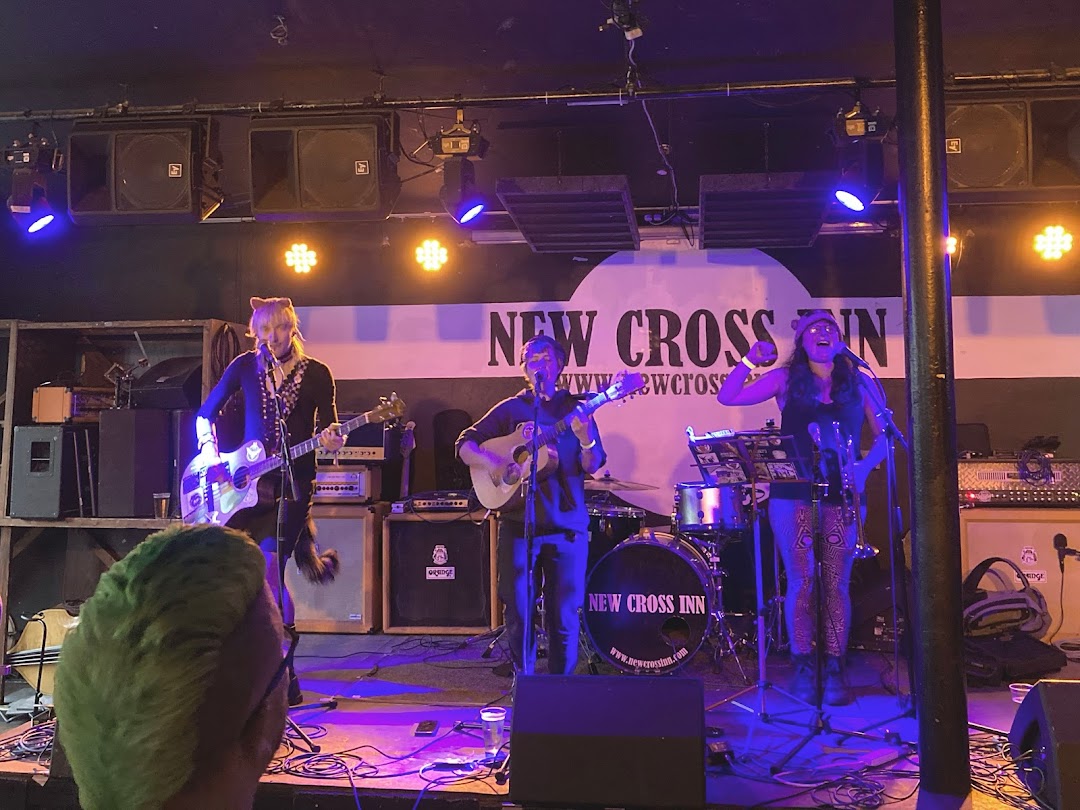 Next up was a band that I didn’t know much about but Colin had recently caught at MPF – The Infested. I know they had some guitar-based technical difficulties at the festival so he was looking forward to hearing how they’re supposed to sound. As it turns out, they sound very good! I don’t know why but I definitely thought that The Infested were more of a ska band – a ska band without horns, but still a ska band. There were hints of ska in there but it turned out they actually played more of a straight-up raw and heavier punk rock style. Obviously I don’t dislike ska, but it was a pleasant surprise to have imagined one thing and end up with something a little different. Not being familiar with the band, I can’t tell you what songs they played but it was all great. The Infested are sadly calling it a day soon (their last show was supposed to be a few days after this one but sadly the dreaded covid hit), which is a shame as they put on a great performance and I’d certainly go see them again. 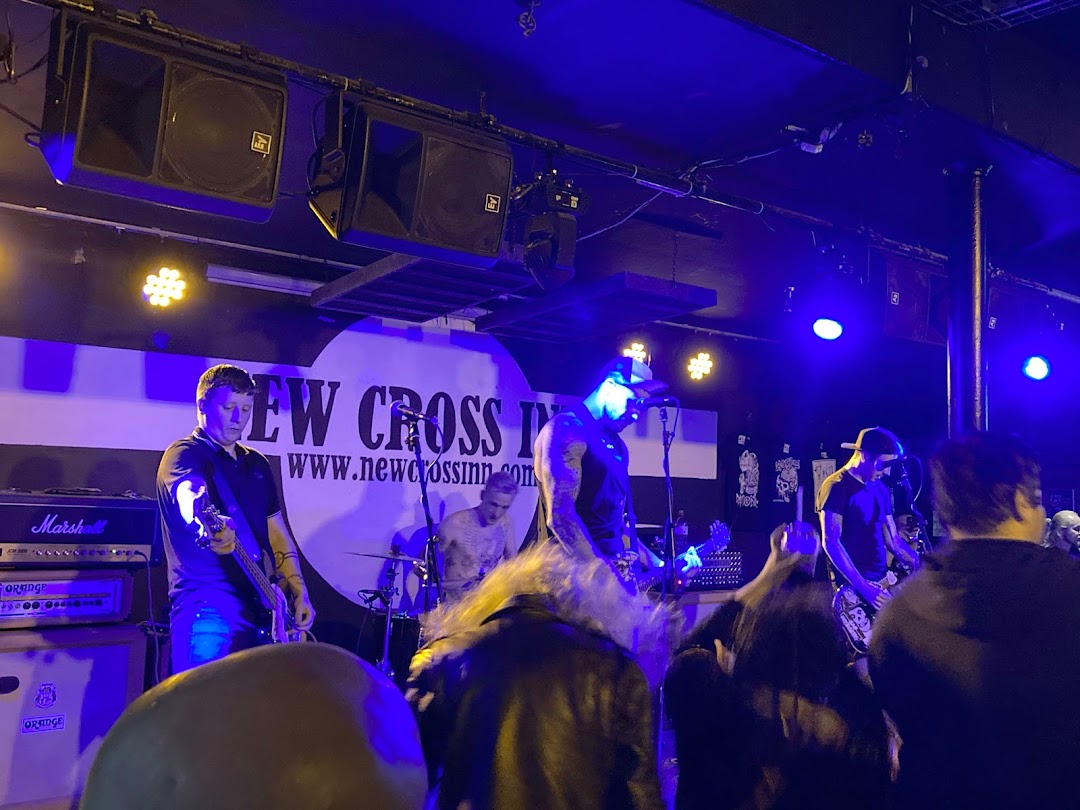 And just like that it was time for the main event. Spirits – both the alcoholic and mood kind – were high and I for one was eagerly waiting for the band to finish sound-checking and commence with the show proper. As soon as Days N Daze burst into their set (with Fuck It!, I think… maybe), you could see just how happy they were to be there and that happiness carried into the crowd with people dancing, singing and, in the case of a select few, crowdsurfing almost immediately. Whitney wasted no time in voicing those feelings, stating how long they’d been waiting to be able to tour again and just how over the moon they were to finally be back in the UK, and London in particular, as well. It never goes unappreciated seeing how stoked a band are to be playing shows, particularly one from over seas – it definitely makes for a friendly and more down-to-earth, community vibe. Some might describe Days N Daze as scrappy or raw-sounding but that doesn’t mean that they aren’t a hugely talented bunch of musicians and songwriters. I actually felt a bit ashamed that I hadn’t really brushed up on my lyrical knowledge before the show as everyone around me was singing their hearts out to every single word and I only managed the choruses of most. It did not hamper my enjoyment however – honestly, it was just super lovely to see everyone else connecting with the band so much. Whether it was older tracks such as Post Party Depression, Misanthropic Drunken Loser – complete with fun covers of Creep and Linoleum sandwiched into the middle – or songs from Show Me The Blueprints – Saboteurs being a particular highlight for me, it all went down a storm. The absolute highlight however had to be the final song, Self-Destructive Anthem. Now, if you’ve seen Days N Daze live before – or have watched them on YouTube – then you would have known what was going to happen with this last song but, alas, I did not know. For those unaware, the song has a bridge – ‘Why do I do this? Why?! Why do I do this to myself?’ – that is repeated many times throughout and when played live, various friends of the band and/or audience members make their way to the stage, or just in front of it, to sing that line with the band. DIY punk rock shows always have such a wonderful community feel and I can’t think of a more perfect way to represent this than with how Days N Daze ended their set. 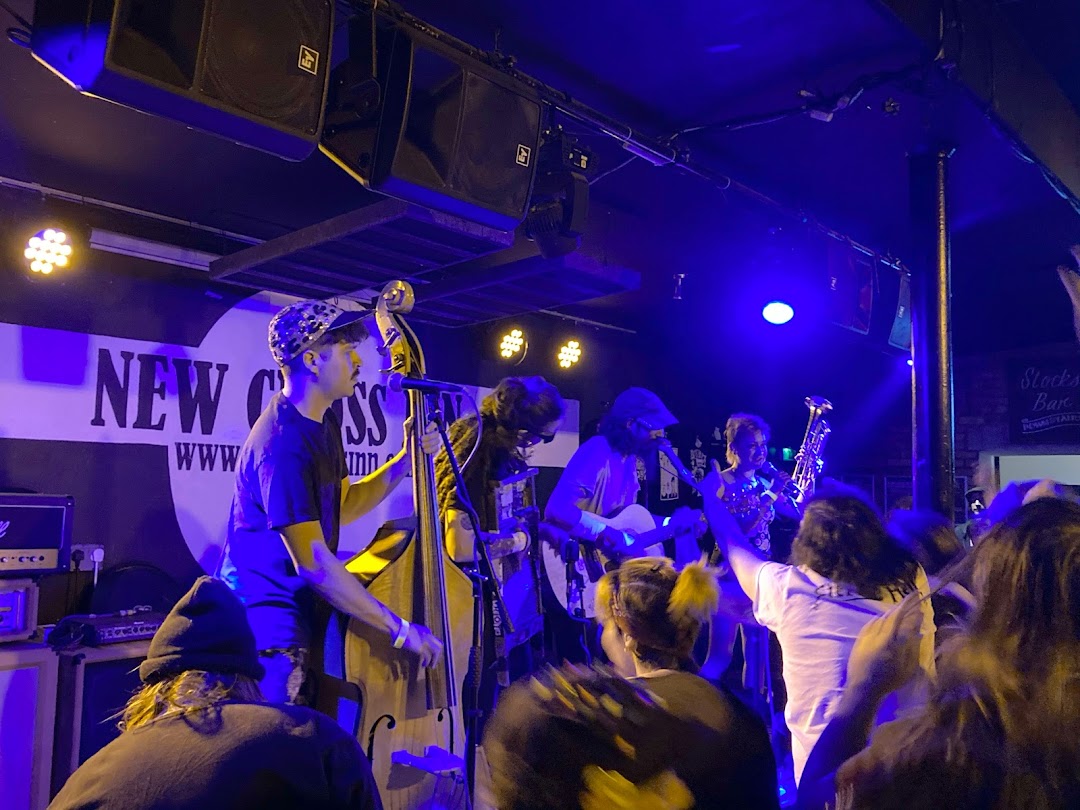 We left the New Cross Inn with big smiles on our faces and I didn’t even care about the late night / work early in the morning combo – this is one of those special gigs that was without a doubt worth it. Wholesome is probably not what comes to mind when you picture a ‘crust’ punk band but that is the vibe I got from my first DND show – and I loved it.
ps. Paul, please get them back soon.
This review was written by Emma Prew. Photos also by Emma.
Posted by Emma Prew at 11:52:00