What a year it has been for gigs at the New Cross Inn already and we’re not even half way through 2019 yet! I was particularly looking forward to a Be Sharp Promotions show featuring legendary DIY sea shanty singing, cider swilling, polka punks The Dreadnoughts this bank holiday weekend. From Vancouver, Canada, The Dreadnoughts are probably my favourite band of all time of the ‘folk punk’ variety. Having seen the band a couple of times before, I knew this was going to be a wild and memorable show – certainly not one to miss. It was very nearly sold out in the days running up to the show and I imagine the last few tickets were snapped up on the night.

We weren’t able to get down for the very start of the show due to work commitments earlier in the day but we arrived in time to see the tail end of the opening band’s set. The Filthy Spectacula, a pirate-meets-steampunk themed folk band, were playing to a pretty large audience all things considered – The Dreadnoughts fans are certainly punctual. The five-piece, which consisted of an accordion player and a violinist alongside guitar, bass and drums, were doing a fine job of getting the party started and encouraging folk to dance. Visually the band were definitely a spectacle but musically it was straight up gypsy folk with a dash of punk. Perhaps not quite as quirky as their appearance made out but still good fun. 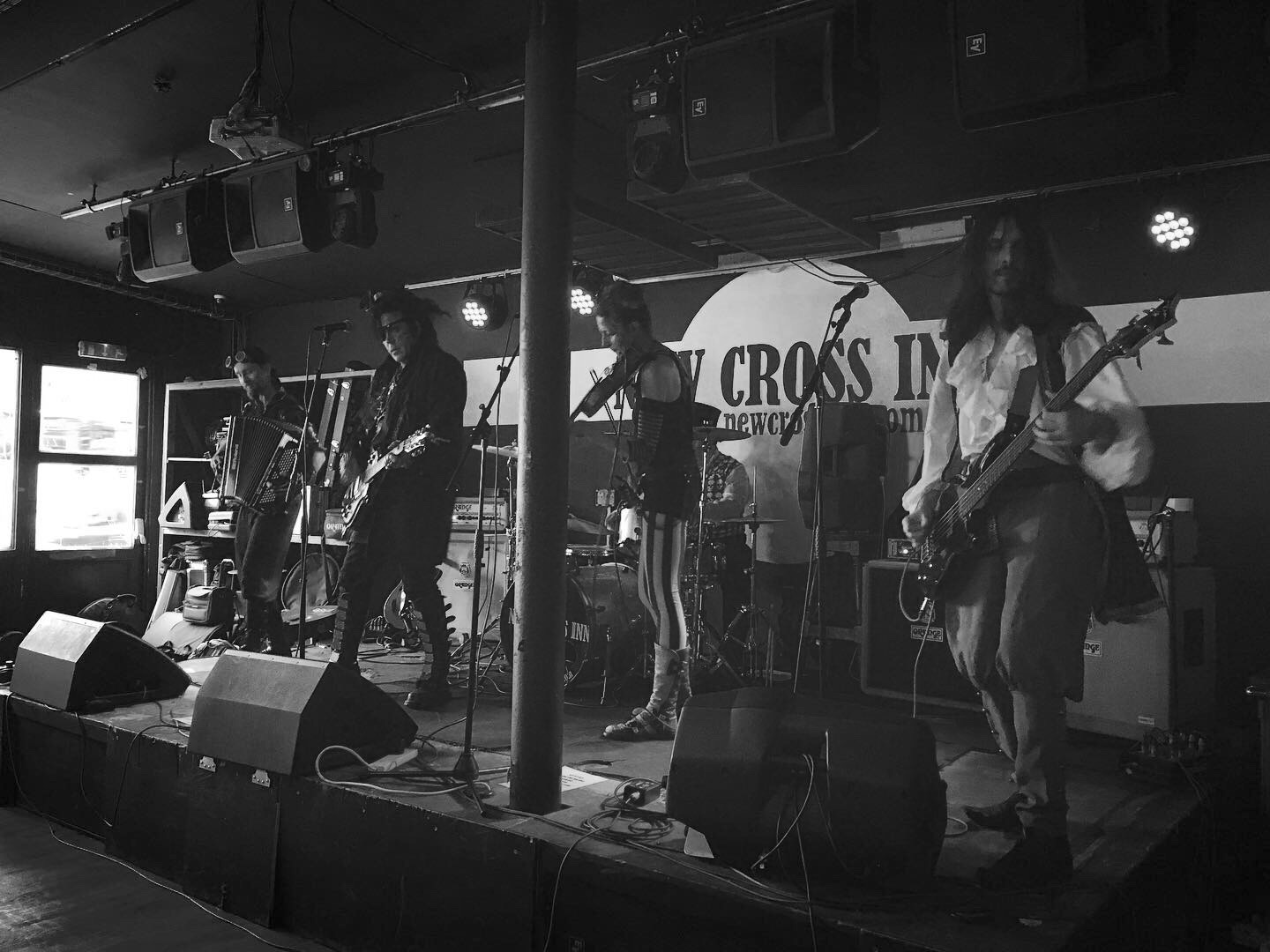 Next up were Mick O’Toole, a five-piece from the West Country – home of cider and, more specifically, cider punk. Instantly showing they knew how to win over a crowd, Mick O’Toole had the New Cross Inn participating in a singalong with their first song. This is clearly a band that has practiced their live show, probably at many a UK festival, and knows how to put on a good show. Playing a brand of folk punk not too dissimilar to that of The Pogues, although without Shane McGowan’s trademark drawl, they had the room moving and merrily singing along throughout their set. The cider-themed songs went down particularly well but then this was a Dreadnoughts show after all, so of course that would be the case. Finishing things up with a cover of Dirty Old Town (made famous by The Dubliners but it was The Pogues version I thought of) was a smart move. 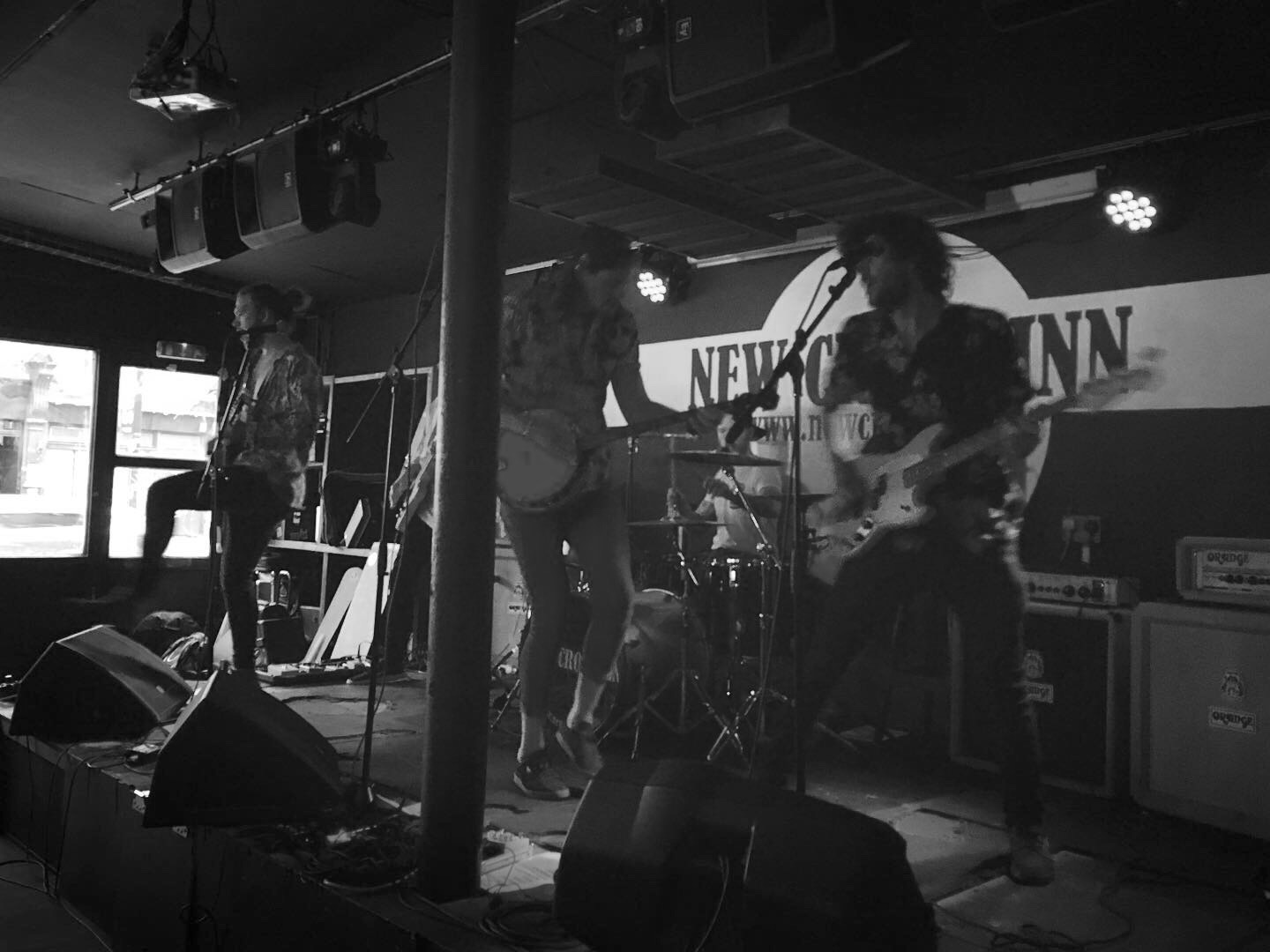 When Be Sharp Promotions first announced this show, I could think of no better band for a support slot than Hastings aggro folk punks Matilda’s Scoundrels. They are, in my opinion, the very best folk punk band in UK DIY punk rock and were very deserving of a place on this line-up. That and they’re also a damn good live band. It had been almost two years since I had last seen Matilda’s Scoundrels so I was eager to see them live again. By this point of the evening, the New Cross Inn was pretty packed and from the first note things started to get joyfully rowdy. I see Matilda’s Scoundrels as more of a punk band with folk instruments – accordion, mandolin, banjo, whistle – rather than a folk band with a bit of punk, which is definitely the case when watching the band live. It’s angry and raucous but is also fun to dance to – or row to, as was the case for Sinking In Their Sins when the band had everyone sit down and form ‘row boats’. Their setlist mostly consisted of tracks from the band’s debut album, As The Tide Turns, but they also threw in older drinking song Pisshead’s Anthem – again, a theme that goes down well with a Dreadnoughts crowd – before finishing up with my favourite song, Godforsaken Sea. 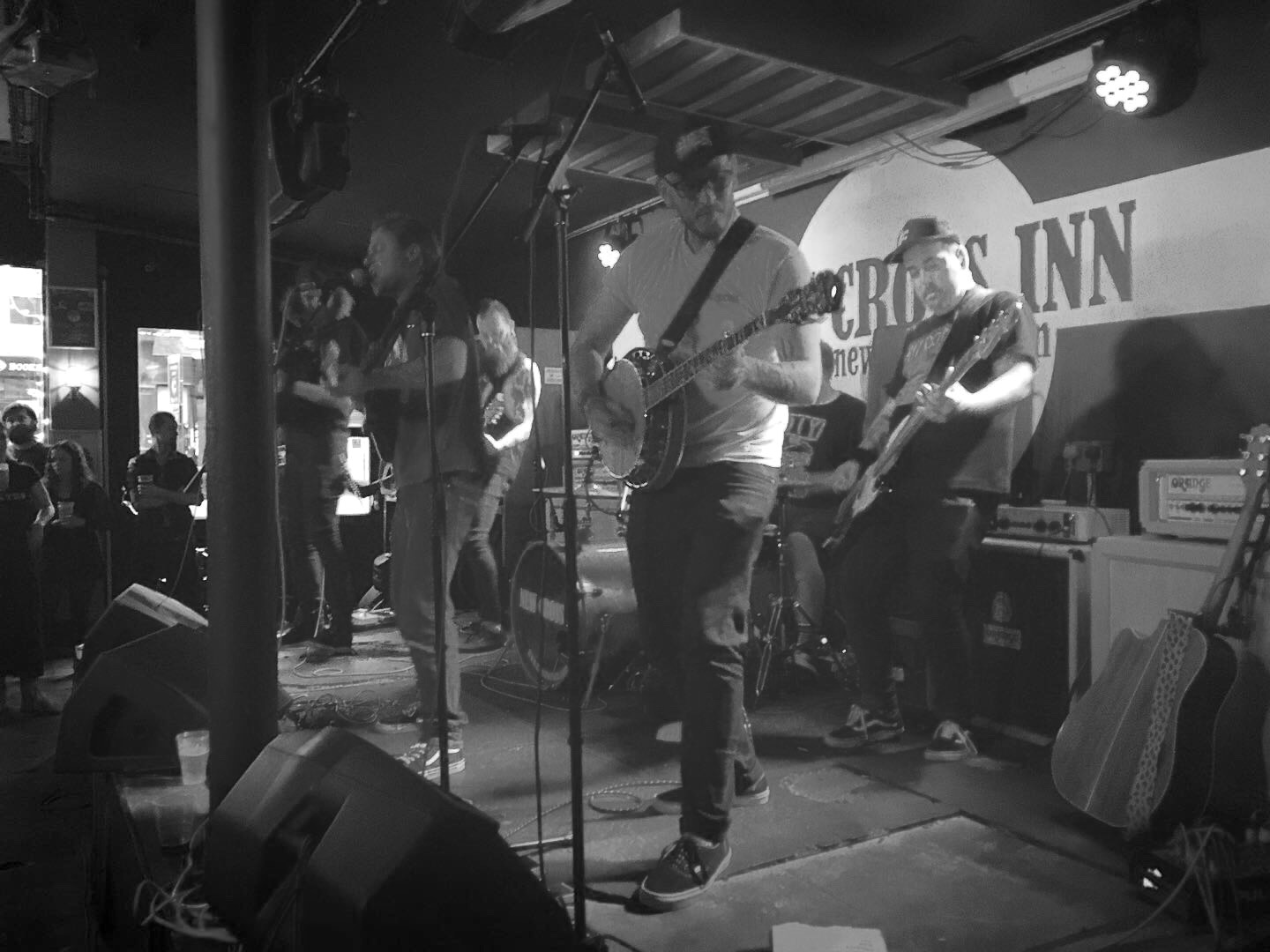 Then it was time for the evening’s main event… THE MIGHTY DREADNOUGHTS! At least after they finished sound checking which, to be fair, was entertaining in itself with each band member playing their own part in what felt like an on-stage jam session. Then we just had to participate in some warm-up aerobic stretches, as instructed by Dreadnoughts lead vocalist and guitarist Nick, before we were prepared mentally and physically for an hour of pure chaos. Kicking their set off with the fast-paced Antarctica from the band’s 2007 debut album instantly opened up a mosh pit, which Nick acknowledged by saying something along the lines of ‘Watch out for those around you in the mosh pit… because the floor might cave in.’ (As a regular at the New Cross Inn, this is a concern of mine!) After the classic song, the band switched things up and played a few songs from their most recent album, the masterpiece that is Foreign Skies. It’s an epic album on recording and the songs are quite simply brought to life in a live setting. The album’s title track and the singalong-inducing Back Home Bristol (despite not being in the West Country) went down a storm. From then on it was a mixture of tracks from the band’s whole back catalogue including Polka Never Dies, Old Maui, Amiens Polka and Turbo Island. There were guest appearances from members of Smokey Bastard and Surfin’ Turnips and plenty of amusing in between song chat, including the band having not seen the Game Of Thrones finale and not quite understanding who Theresa May is/was. We were also treated to a new sea shanty-style song about cider – obviously – that the band have written for their next album – hurrah, there’s going to be a next album! The Dreadnoughts are a band that want to have fun in their live show, and you could say that they don’t take themselves too seriously, but at the same time they are such incredible musicians and performers. It’s just the perfect balance. The Dreadnoughts at the New Cross Inn did not disappoint in the slightest and ensured that they retained their place in my top live bands of all time. What a night! 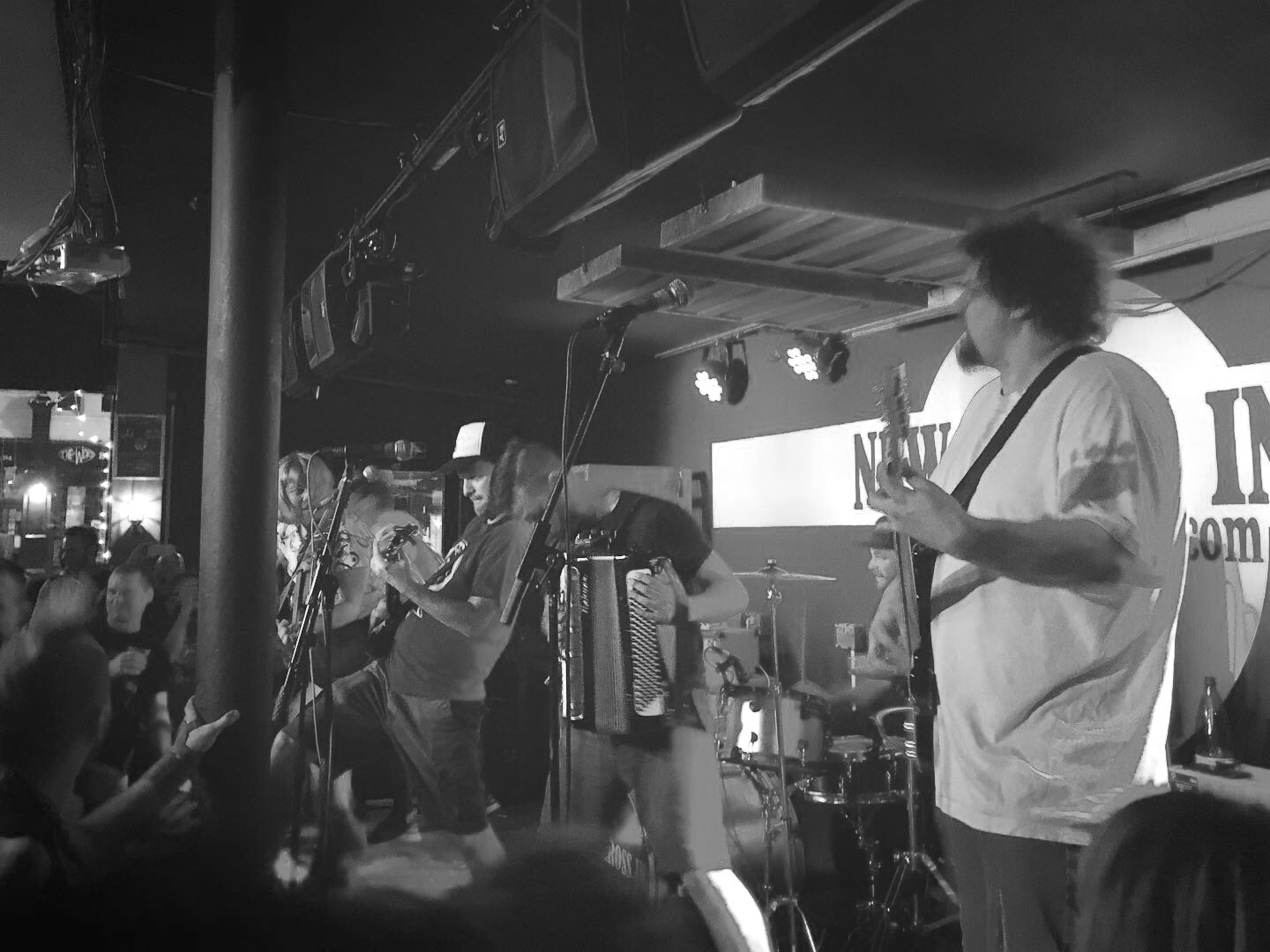