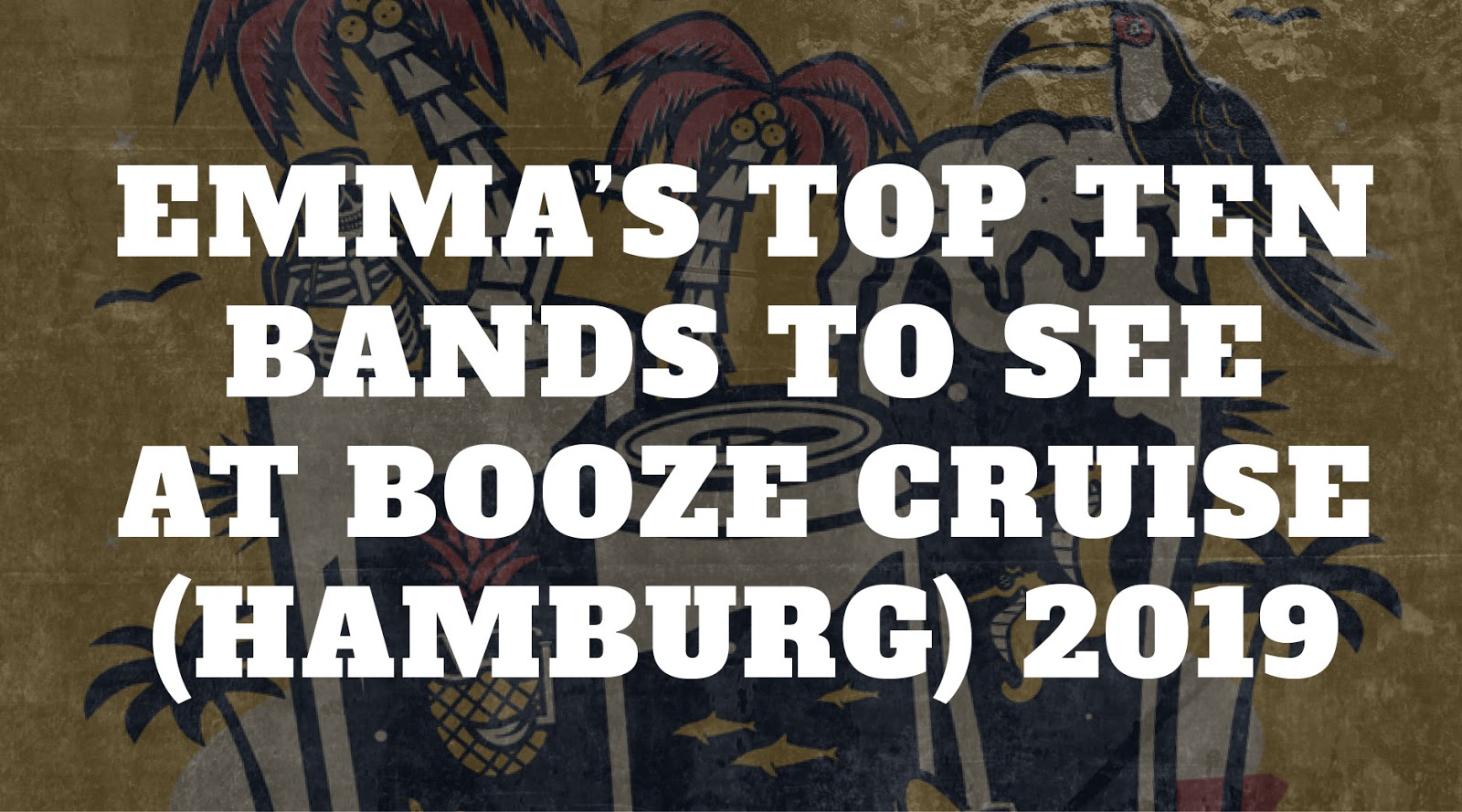 After hearing about how good last year’s festival was, Colin and I are very excited to attend our first Booze Cruise in Hamburg… tomorrow! Here are ten of the bands that I, personally, am most looking forward to seeing (Colin has written his own list which you should also check out!):

Chamberlain
I’ve got Brian Fallon of The Gaslight Anthem to thank for my discovery of Indiana five-piece Chamberlain when he tweeted about their album The Moon My Saddle. That was probably almost ten years ago but the album itself is over twenty years old now – and it’s still brilliant. This is Americana-tinged alternative rock at its best. It’s not even all that ‘punk’ but I, like many other attendees of Booze Cruise this year, don’t care. It’s Chamberlain and I never thought I’d get to see them live.

Dan Webb And The Spiders
There are plenty of bands on this year’s Booze Cruise line-up that I hadn’t listened to prior to them being announced. Dan Webb And The Spiders were one such band that kept coming on on my Booze Cruise playlist and I would think ‘I like this, who is this?’ ‘This’, by the way, is jangly garage punk with hints of folk. Although the four piece are from Boston in the USA, they are no strangers to Germany with their back catalogue available on the excellent Gunner Records. In fact, the band have a brand new album, titled Be Alright, out on said label tomorrow!

Irish Handcuffs
Another band who make their home on the Gunner Records roster, Irish Handcuffs are a punk rock trio from Regensburg, Germany. I reviewed their 2018 EP Comfort In Distraction after stumbling across it on Bandcamp. I instantly found myself hooked on their melodic gruff punk and if you like bands like Elway, Red City Radio or Iron Chic, you’re sure to love Irish Handcuffs too. I’m looking forward to seeing these guys live for the first time in Hamburg, particularly on their home turf (country-wise anyway).

Mercy Union
In a way, Mercy Union are a relatively new band with their debut album The Quarry having been released only last year. Then you look at who is actually in the band, however, and realise that these are veterans of 00s New Jersey punk rock with their previous bands including The Gaslight Anthem, The Scandals and Let Me Run. Their sound doesn’t exactly reinvent the wheel but it takes all of the best bits of their previous bands and combines together to create great soulful punk rock that is both honest and nostalgic. The band didn’t have the best of starts to their European tour, with a load of their gear being stolen in London (more details here), but they are powering through regardless.

Mobina Galore
I never cease to be impressed by two-piece punk bands and none more so than Canadians Mobina Galore. As one of the few bands on this list that I’ve actually seen live before, I can say for certain that this duo put on one hell of a live performance. The pure aggressive energy that Jenna, vocals and guitar, and Marcia, vocals and drums, put into every set is just captivating to watch. That’s why, despite the fact that I saw them in London a few weeks ago, I am very keen to see this band again in Hamburg if I can.

Neighborhood Brats
Despite forming in 2010, Neighborhood Brats are another band that are new to me on this year’s Booze Cruise line-up. This Californian band play catchy yet raw punk rock – with some songs sounding quite poppy while others verge on hardcore. Overall, it’s quite an ‘old school’ sound and so perhaps not what I’m used to – but I think that’s all the more reason for checking Neighborhood Brats out in Hamburg. It’s always good to try something new, after all.

Personal Best
I’d not really properly listened to Personal Best until seeing them support RVIVR in London last year but they thoroughly impressed me on that occasion and left me wondering why on earth I hadn’t listened to them much before. If you don’t know Personal Best, they play a sort of indie punk meets power-pop with sincere and honest lyrics. The band have a new album called What You At out the week after Booze Cruise so I’m looking forward to hearing some new songs live.

Rowan Oak
If you like your punk melodic, heartfelt and, let’s face it, maybe actually a little bit ‘emo’ then Rowan Oak are a band that you need to check out in Hamburg this year. From Münster in Germany, this four piece put out a great little EP earlier this year called Build / Burn. I can’t wait to hear those five songs live – maybe I’ll even have a little sing along.

The Run Up
Another band that I’ll definitely be singing along to are Bristol’s The Run Up. I’ve seen the five piece live plenty of times before but that won’t stop me, and Colin, from seeing them again in Hamburg. Their live show is as passionate as it is fun and their songs are so down-to-earth and relatable that you can’t help but smile. The Run Up are regulars in Germany and bassist Dan actually helped to create the Bristol branch of Booze Cruise this year. (It was two weeks ago, at the time of posting this, and we unfortunately couldn’t make it due to attending other gigs – boo!)

Überyou
I’m going to go right out and say it… Überyou, from Zürich in Switzerland, are the band I’m most looking forward to seeing, for the first time or otherwise, at Booze Cruise 2019. Their album Night Shifts is one of my absolute favourites released this year so far – I hope I can pick up a vinyl copy in Hamburg. If you like your punk rock to be melodic, gruff, hugely singalong-able and to encourage you to get your fist in the air – and I certainly do – then Überyou are the band for you. I’m so excited to see them and you should be too!