Album Review: Wilderness by The Lock And Keys

Wilderness is the title of the new five track EP from Leeds band The Lock And Keys. Now a three piece, the band played their first gig in January 2008. Since then the band have put out an album and two EPs with Wilderness being the latest release, which was released in January 2019. Citing acts such as The Loved Ones, Polar Bear Club, Hot Water Music and UK bands Pure Graft and Above Them as influences had me very keen to check the new EP out. 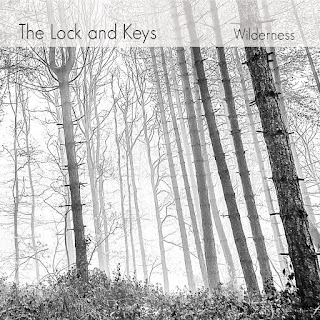 Wilderness begins with Lonely With You. Immediately you can hear the band’s influences shining through with a heavier, grungier sound alongside some booming and melodic vocals that have you wanting to sing along with the song. The song is about wanting to break up with your partner but them trying to talk you out of it because you'll be "lonely without me." The hook on the song is superb, it'll have you singing along very quickly. Up next is Wave & Swells which, from the opening guitars, immediately feels more up tempo. I did wonder if this would have been a better choice for the EP’s opener as there is a slightly more accessible feeling to the song that might welcome folk who aren't as into the sound more easily. There's a bit more of an urgency in the song that grips you and the use of harmonies is great. The bridge that builds towards the final chorus keeps your interest in the song right until the end.

Wasted begins with a rumbling bass line from Nik before we enter a forceful and pounding track. The feeling of intensity makes this a track that must be great live. The track is about feeling like you've wasted a lot of time at the end of a relationship. The song’s big moment comes at its conclusion as the intensity just builds and builds, leaving you exhausted by the end of the song. The penultimate song is probably my favourite on Wilderness. Titled Stay Scared, it's a mid-tempo song that really allows guitarist and lead vocalist Niall to really showcase his range. Slowing this down slightly gives the song some extra emotion and power. I particularly enjoyed the sections where the music drops out a bit and the vocals boom out, urging you to shout along with the song as loudly and passionately as you possibly can. Wilderness is completed with the song Cul De-Sacs & Dead Ends. This track sees The Lock And Keys giving everything they have in their final song. Building steadily before Niall's vocals come in, it feels as if he's really straining his voice – particularly on the chorus where the sense of urgency and passion pours out of the song. This really caught my attention and had me gripped throughout the track.

Wilderness is a great little release for anyone who enjoys the heavier side of melodic punk rock. I'm a bit at a loss as to how I'm only just discovering The Lock And Keys as they've been about for so long and are a great band. If like me you're late to the party, check these guys out – it will be well worth your time.