The Camden Underworld's punk rock August was completed on Wednesday with legendary Boston punk band the Street Dogs back in town. This seemed a long time overdue. The band were supposed to play at the Underworld last year but sadly had to cancel their appearance. When this show was announced I knew it was one not to be missed. The previous times I had seen the Street Dogs I'd been blown away by their live set and was excited for more of the same. The bill was stacked with support from Grade 2, Matilda's Scoundrels and Pints. We got to the Underworld nice and early for the show.

First band up were Pints. The Essex based five piece didn't have the biggest crowd to play with due to their early start but this of course didn't stop them putting all they have into their set. Playing hardcore punk rock with some clear Oi! influences, it was a fast and ferocious half an hour. As you might expect considering the band's name, there were plenty of tracks about getting drunk with your mates. These went down well with the Street Dogs' crowd. There was also a song aimed at the current crop of pop punk bands who keep getting called out for the inappropriate way that they treat their female fans named You're All Shit. This was my favourite song of Pints set. Something else I quite enjoyed was the use of dual lead vocalists. Both singers worked extremely well together and gave the Pints sound that extra layer that is sometimes missing in many hardcore bands. 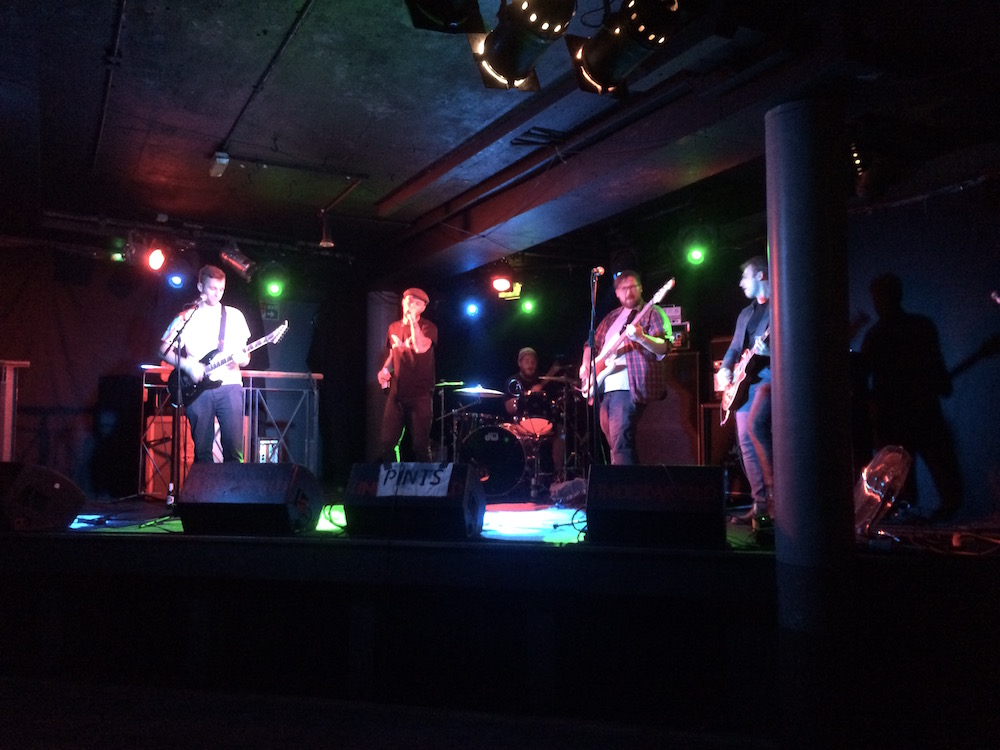 Up next were Hastings' favourite folk punks Matilda's Scoundrels. Having seen the six piece the last two years at Manchester Punk Festival and being blown away both times, Emma and I were both looking forward to seeing them again. Emma has also had the privilege to hear their soon to be released debut album, As The Tide Turns, early for review. (Come back on Monday to read it.) As they took to the stage I noted to myself just how nicely the band fit onto the stage in the corner of the Underworld. The crowd, which was slowly growing, seemed to take a little bit of time warming to the band. Perhaps this was due to the genre switch between the hardcore to the folk. Playing just a handful of older songs along with the new songs, it didn't take too much time for those Scoundrels to get the crowd onside and they even took the brave move of getting the crowd to sing along to brand new song God Forsaken Sea. I was disappointed not to hear Sinking In Their Sins, my personal favourite Scoundrels song, but songs such as Pissheads Anthem, Bottles Of Rum and Mr Martyn all sounded fantastic. Matilda's Scoundrels are a band that are on the march - I imagine it won't be long until they're headlining their own shows at places like the Underworld. 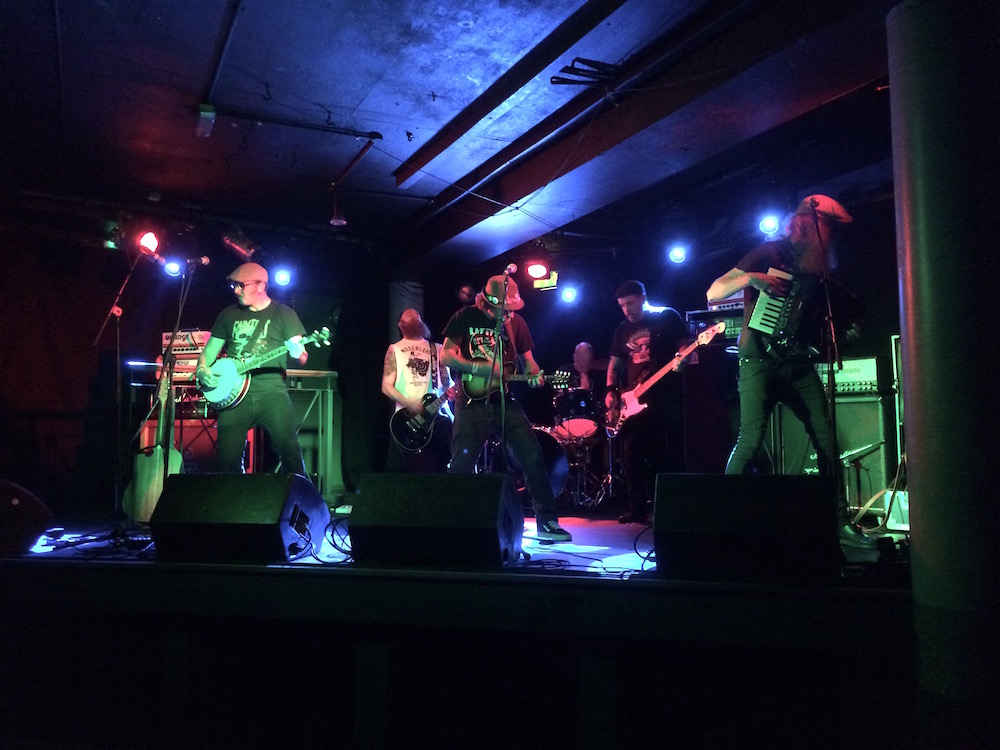 The penultimate act of the evening were Grade 2. Grade 2 are a band I had never heard of before but was more than willing to give them a chance. As the band took to the stage to begin setting up I immediately noticed that the band was fairly young looking. As they began their set the bassist and lead vocalist introduced the band and said they were from the Isle Of Wight. This then lead to a fantastic thirty minutes of street punk bangers. I don't really listen to much street punk anymore despite it being a genre I've always enjoyed so Grade 2's set was a refreshing change of pace. The band proved themselves to be extremely talented musicians with guitarist Jack showcasing his skill with solos in a handful of songs. Like Matilda's Scoundrels had earlier, Grade 2 played a few new songs from their new release, Break The Routine. These songs sounded great as did the older songs. The one that really stood out was one that they said was the first song they wrote as a band - Who Rules The Streets. A real great street punk anthem if ever I heard one. 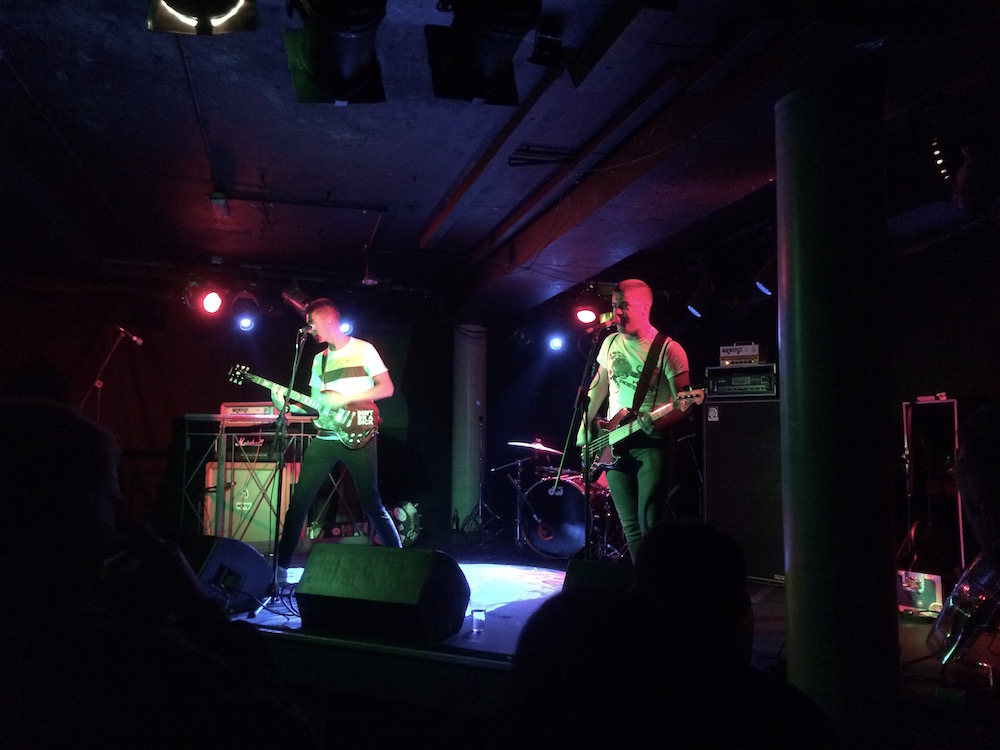 Finally it was time for the Street Dogs. As I looked round the Underworld it was getting busier but it was still by no means full. I thought this was a bit of a shame for a band with the prestige and history of the Street Dogs not to get a bigger crowd but that certainly didn't stop them putting on one hell of a performance. Having not released a brand new album since 2010 this was basically a greatest hits set and boy o boy do the Street Dogs have some hits. I'd forgotten just how many songs of theirs I absolutely adore. I'd also forgotten just how good they are live. Frontman Mike McColgan comes alive on stage, he's just full of energy and enthusiasm as he bounces around the stage. At one point during the set he talks about getting hurt during a gig the previous night and thanks the crowd for giving him the strength to fight through the pain tonight. As I said the set is filled with hits, if I were to list my highlights then I'd probably end up listing the entire set. There was one particular three song section which was just incredible though, playing Savin Hill, Punk Rock & Roll and Not Without A Purpose in a row was fantastic for getting a very hyped up crowd going nuts. There was also a more sombre moment during the set. Bass player Johnny Rioux talked about the terrible floods that are happening in Houston, Texas, at the moment and how his and drummer Pete Sosa's families are there. They played the song Free in dedication to them as it's Johnny's wife's favourite Street Dogs song. Then it was time for the encore and what a fun encore it was. Beginning with a cover of guitarist Lenny Lashley's own band Darkbutsters classic Skinhead before covering legendary 80s London punks The Business's Suburban Rebels and moving on to the Mike McColgan Dropkick Murphys classic Never Alone. 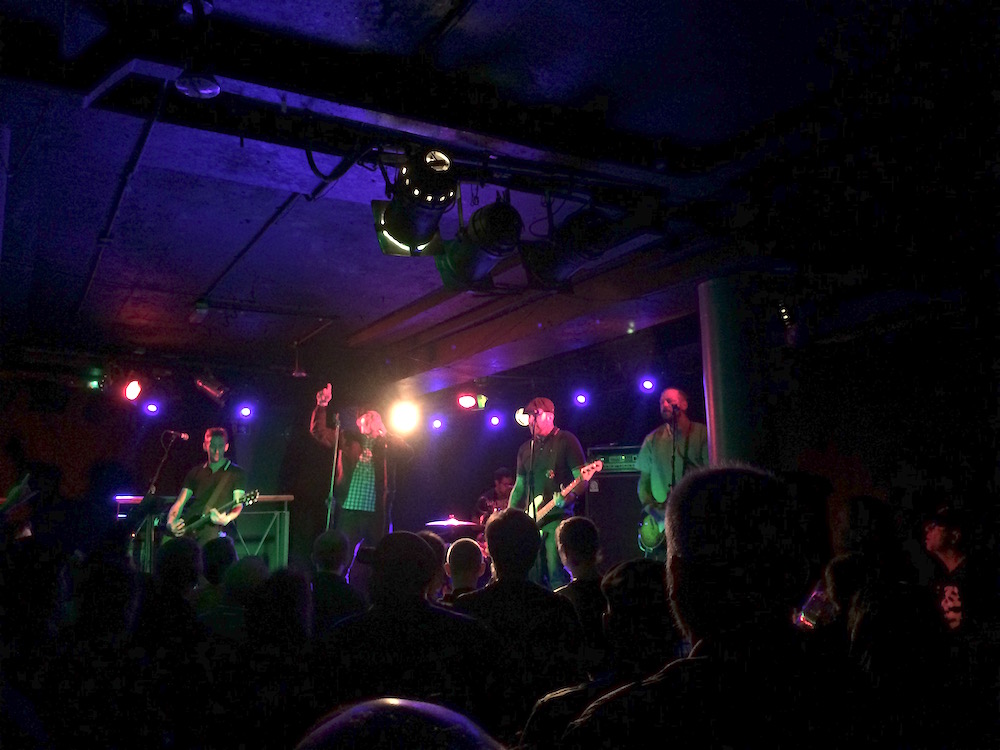 This night was a lot of fun. Singing along to so many fantastic songs always puts a big smile on my face. The Street Dogs are one of the very best bands of their generation who I sometimes feel don't get the same level of appreciation as some of their peers. They've promised to finish their long awaited new album soon, I hope this means they will also be back in the UK again very soon because as long as they keep coming back I'll keep going to see them.

This gig review was written by Colin Clark.
Posted by ColinsPRW at 17:51:00