Brief Interviews With Hideous Men (released on Cats? Aye Records) is the long awaited debut album by Manchester punk band Leagues Apart. Having released a few EPs over the past few years Leagues Apart seemed to tease a proper full length for ages so I was extremely excited to finally get my hands on it. 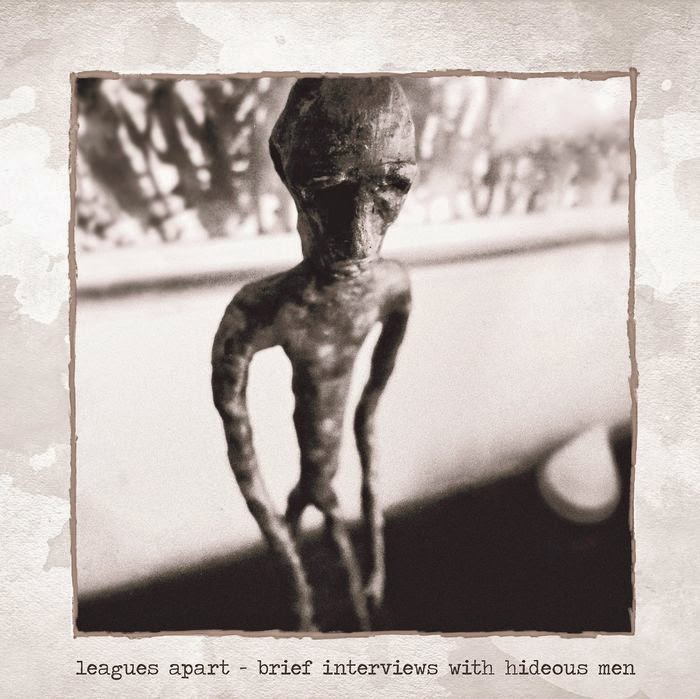 The first song is the brilliantly titled Kat Dennings; You Are My Everest. Starting out with some gravelling tones that Leagues Apart have become known for this song is about wanting to get away from a life that has become stagnant. Like you would expect from this gruff style of punk rock the choruses are really catchy and you will be singing along with them in no time at all. Track two In Spite Of It All continues this vein with the chorus of “I’ll drink away all my regrets, blacken my lungs with cigarettes, I’ll pool all my collected ills and slowly choke to death.” It might not be the most positive chorus you’ll ever sing but it is definitely something a lot of people can easily relate to.

I Would Consider John Candy A Noir Actor is one of the slower songs on the album. Starting off with just an acoustic guitar it tells a tale of a girl who is down on her luck. It builds slowly before a fist pumping finale. There is also a appearance from folk punk Sam Russo to top it all off. 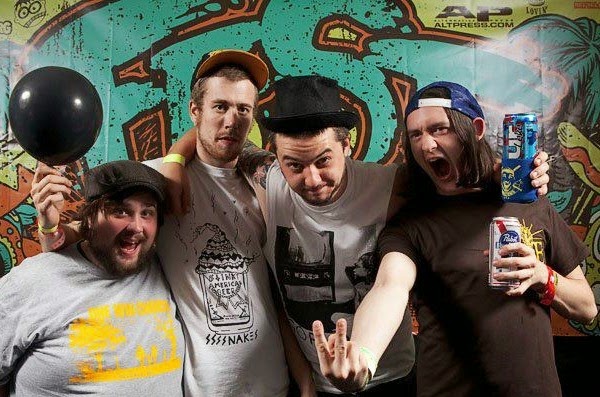 Track four Rampant Horse Is Rampant is my favourite song on Brief Interviews. It embodies the I don’t care what you think spirit of punk rock. The chorus of “we look like shit and we march like saints” makes me think of how the punk rock community comes together and making a stand against something.
Another song with an excellent title is I Thought You Meant Wales The Country. This is a bass driven song where the with gang vocals a plenty. The Confessions Of Howard Campbell Jr. is a slower song about the sadness of two people drifting apart and not having anything to talk about anymore.

Winton Kingdom is a fast paced song that with gang vocals that really remind me of Oklahoma City’s Red City Radio, not that that is a bad thing. It’s a song about being away on tour and not sleeping to meet up with a loved one. Penelope Booze Cruise (which I assume is a play on the actress Penelope Cruz and the Lawrence Arms song Boatless Booze Cruise) talks about a young girl who is involved in some bad things.

I Was Born A Snake Handler And I’ll Die A Snake Handler starts off with a Fat Mike-esque snarl and is a song about being down and out but not quitting and trying to improve yourself. It’s another slow bass driven song with some great harmonies towards the end of the song. Dave Can I Borrow Your Phone is a song about friendship. The lyric “take your fucking life back because it’s only just begun, and man it hurts to see you decaying so young” is about worrying about your friend and encouraging them to get themselves better. The penultimate song You’re In Hell playing mind games with a partner and wondering why you do it. This is really interesting and unique subject matter for a song.

Brief Interview With Hideous Men closes with the five minute long To Know The Night Is To Live In It Forever. The Lawrence Arms influence on Leagues Apart is very evident here. This is another song with a huge chorus that will be stuck in your head for days.

This is a great release from this four piece and was well worth the wait. I really life the use of three different singers on the album, it keeps it feeling fresh and when all three do sing together them complement each other well.  It’s everything you could want in a punk rock album, it’s a little rough around the edges but packs plenty of punch as well as a lot of heart. If singing along to great songs is your cup of tea this Brief Interviews With Hideous Men is for you.

Now listening to Beautiful Things by The Lawrence Arms
Posted by ColinsPRW at 11:05:00