When formerly on-hiatus The Gaslight Anthem – arguably my favourite band of all the time and the reason I’m into ‘punk’ music – announced that they would be reuniting for a number of tour dates to celebrate the 10th anniversary of The ’59 Sound I knew I had to go. The ’59 Sound is not only the album that launched the band into the mainstream but it is also the album that most Gaslight fans hold most dear to their hearts – at least I do anyway, it changed my life. Even the fact that the London date of the tour clashed with the first night of ska punk festival, Level Up, at the New Cross Inn wasn’t enough to deter me – although I did feel super guilty for ditching my beloved DIY scene. (Sorry, Paul.) 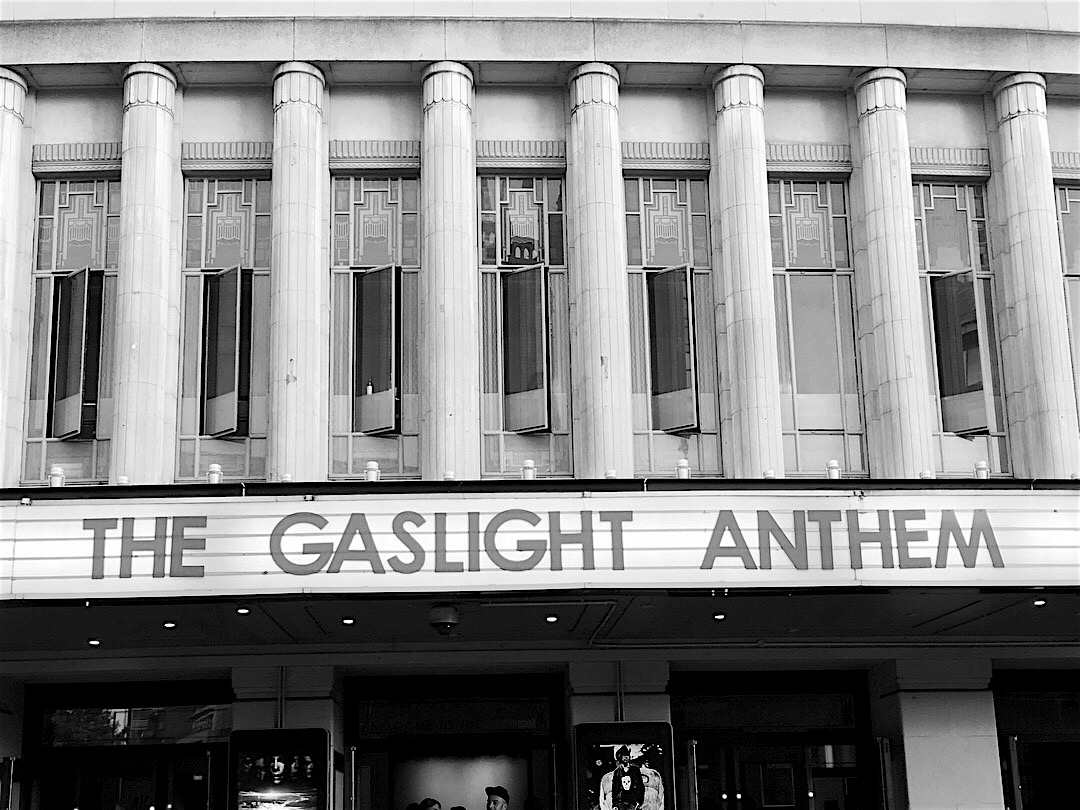 Joining The Gaslight Anthem on tour was another of my favourite artists, Dave Hause. Dave brought his brother Tim along, no doubt to play an array of instruments because he’s that darn talented, and they were also accompanied by opening act and fellow American Matthew Ryan and his band. I didn’t know much about Matthew Ryan before seeing him live. Well, to be honest, I still don’t know much about him now but I know that I enjoyed his set. Obviously I didn’t know any of the songs but the sound was very much Americana-driven rock music which made perfect sense really with this line-up. I wasn’t particularly close to the stage – it’s tricky in a venue the size of Hammersmith Apollo – but there were plenty who were (duh!) and seemed to really enjoyed the band’s set. It was also great to see the, albeit large, room already well packed out for the first act of the night. 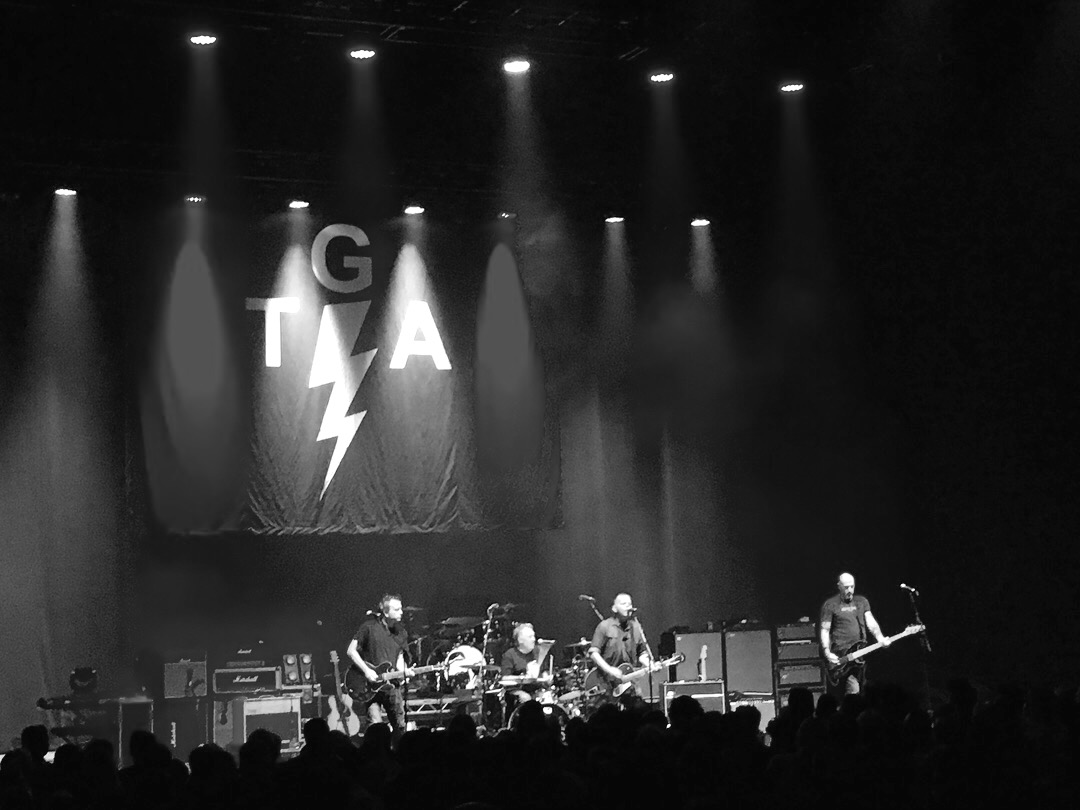 As Dave wasn’t over with the full band this time, it didn’t take long for the Hause brothers to take to the stage after Matthew Ryan. Armed with an acoustic guitar while Tim played an electric, Dave Hause launched into a 45 minute set which felt very much like his greatest hits – at least for me as a big fan of his and for most of the Hammersmith audience too. It was great that a ‘support’ act could evoke huge singalongs of his own, with songs such as Autism Vaccine Blues, C’Mon Kid and Time Will Tell proving the most effective. The Flatliners were actually originally scheduled to play this tour, rather than Dave and Tim, but had to pull out for personal reasons. I do like The Flatliners but I think Dave Hause will always be a better pick for a Gaslight show. Dave himself mentioned the 2011 Revival Tour that him and Brian Fallon had been on – the same tour that the t-shirt I’d chosen to wear that night was from – and dedicated a rendition of Prague (Revive Me) to those older fans, as well as the mighty Chuck Ragan. (Side note: We really need The Revival Tour to happen again.) I’ve always thought that Dave has a great knack for connecting with a crowd, regardless of whether it is him who is headlining the show, and this was definitely the case tonight. He and Tim also displayed the family’s musical talents by swapping between guitars, keys, mandolin, ukulele and, rather oddly, a melodica. The aforementioned ukulele and melodica being used for a triumphant, if unusual, version of anti-Trump anthem, Dirty Fucker, from Dave’s latest album, Bury Me In Philly. Finishing up with With You from that same album, the set ended on a huge high and I’d almost forgotten that we still had The Gaslight Anthem to come! Almost… 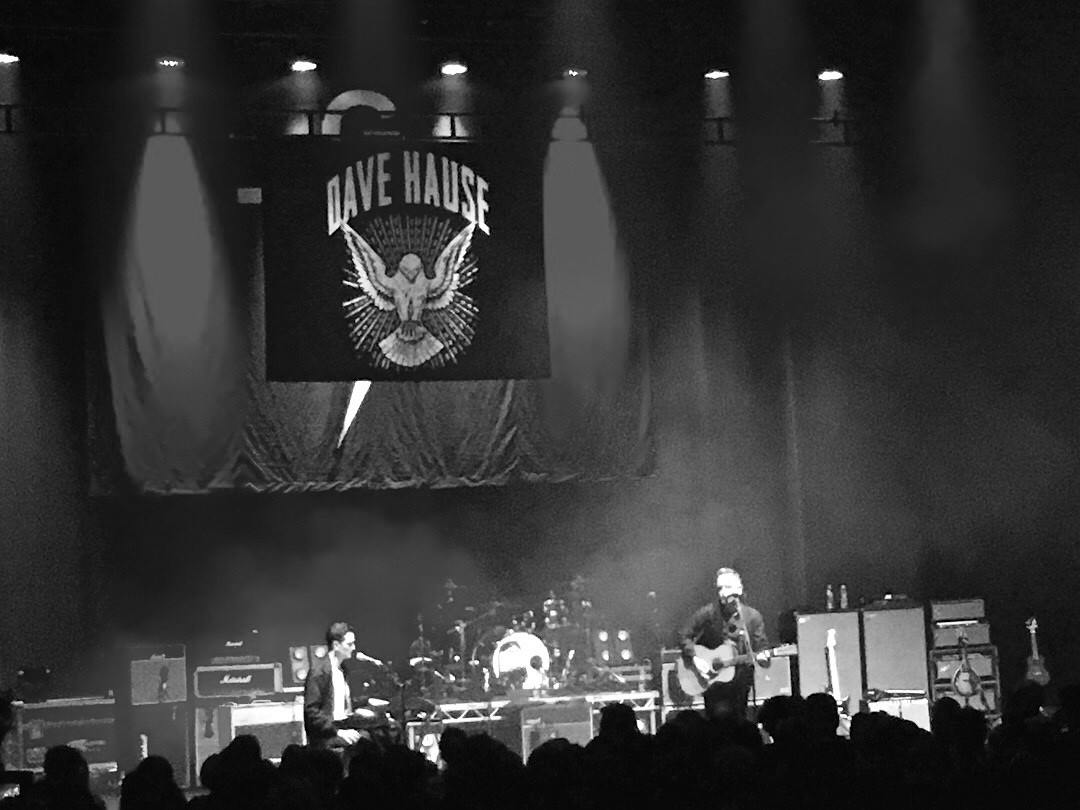 This was the first night of the UK leg of the tour but The Gaslight Anthem had done a number of anniversary shows in the US and I’d had a sneaky look at some of the setlists. Obviously the band would be playing all of The ’59 Sound but I’d seen that in some shows they’d split the album down the middle (sort of like the A and B side of the vinyl I suppose) and played some other tracks in the middle. I was hoping, and was fairly confident, that they wouldn’t do this in London. By this point I was feeling equal parts apprehensive and excited… I had set my hopes pretty high for this show and I really wasn’t prepared to be disappointed – thankfully, of course, I was not. Taking to the stage to an impressive applause, it was instantly apparent just how much The Gaslight Anthem mean to their fans. We were all, obviously, eager to hear our favourite album front to back but the band wisely kicked off their first London show in almost three years with a selection of other songs – easing us in. Starting off with Handwritten, from the band’s fourth album of the same name, before going super old school with We Came To Dance from their debut, Sink or Swim, Gaslight got the crowd singing and dancing right away. As they played the next two songs of their set, both from American Slang, I began to eagerly wonder if the next song would be Great Expectations and therefore signal the start of The ’59 Sound. Thankfully this was the case and the wait was finally over – although not before one of Brian’s trademark rambles – and when the first chords of the first track from our beloved album were strummed the room exploded (metaphorically). If the crowd at the Apollo had been excited before, they were now absolutely over the moon. I have to admit that seeing and hearing the reaction of those around me just made me all the more enthusiastic. I love this album more than any other album and it was brilliant to see that I’m not the only one. 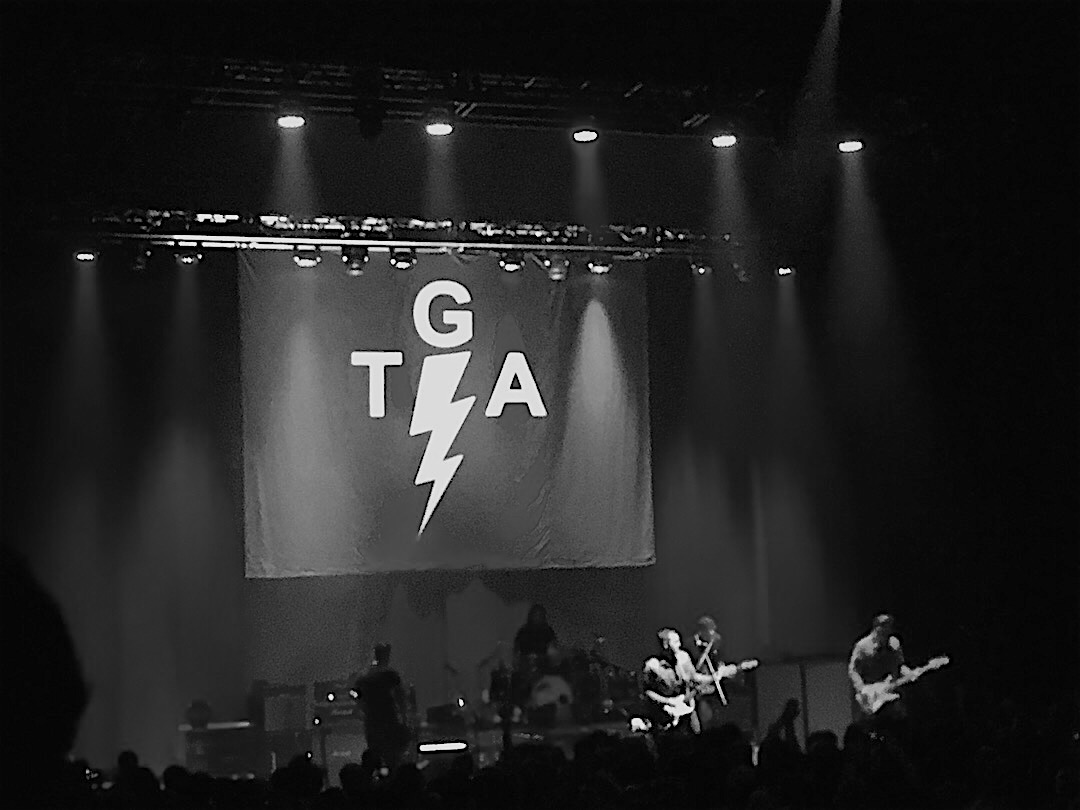 I’m pleased to report that they did play the full 12-track album without much of a break between each song – they really only allowed a brief pause for the crowd to clap and woo after each song. The performance from the band was flawless if you ask me (although I might be slightly bias) and didn’t seem in the least bit rusty from their time on hiatus. The singalongs that the songs evoked were incredible – I personally have not sung like that at a gig in a long time. Not everyone in the crowd was perfect however, at these sized venues there are always going to be the idiots who are too drunk and can’t clap in time or are constantly on their phone to upload photos and videos instantly to Instagram (despite also singing along so it’s not like they don’t love Gaslight too). At any other gig this probably would have hindered my enjoyment of watching the band but it was The Gaslight Anthem playing The ’59 Sound so, in the moment at least, I didn’t care. In fact, I didn’t really care about anything else in the world except singing along to my favourite songs. When the last notes of The Backseat, the final song from The ’59 Sound, rang out I was feeling very content with how my evening was going but the Gaslight boys had plenty more in store for us. The remainder of their set consisted of a few perhaps lesser played but classic tracks such as Wooderson, 1930 and Blue Jeans & White T-Shirts, as well as a couple of newer songs (I think only one from their last album, Get Hurt, though which was fine by me because I never did get into that album). It was big hitters 45 and American Slang that received the largest reaction from the crowd but, being the (relatively) old school fan that I am, I really appreciated the band’s decision to end with We’re Getting A Divorce, You Keep The Diner. Who doesn’t love yelling ‘Stay hungry, stay free and do the best you can.’ along with your favourite band of all time?

What a night. What a band. What an album.