Gig Review: The Dreadnoughts at the Camden Underworld 12/8/17 (by Emma Prew)

On Saturday night I ticked another band off on my still-to-see-live bucket list, a band that I presumed that I’d never actually get to see live – at least short of travelling to Canada to see them. The band I’m talking about are the cider-swilling, shanty-singing, folk punks from Vancouver, The Dreadnoughts. They’ve been over the UK a couple of times over the past few years but they tend to only play a handful of festival appearances like Boomtown and Rebellion, rather than actually touring around the country. This year wasn’t too different but they also added an exclusive non-festival date at the Camden Underworld. As soon as this was announced, I was EXCITED.

Unfortunately the gig was happening on a Saturday and Colin works Saturday nights so he was unable to join me for this gig. However, I wasn’t gigging alone as I invited my uni pal James along which made sense really as he was the person who suggested that I listen to The Dreadnoughts in the first place five years or so ago.

Being a Saturday night at the Underworld, a venue where they have a club night from 11pm, the show kicked off early with the first of four bands on before 7pm. I didn’t know any of the support acts prior to the gig but I had read their descriptions and all sounded good to me! First up were Space Chimp, a band who were also from Vancouver – I realised later that two of their members, Drew on mandolin and Marco on drums are actually in The Dreadnoughts as well. The four piece played a fairly eclectic mix of songs with some sounding super country/bluegrass and others verging on reggae/ska. The band’s enthusiasm was great to see and they did a decent job of drawing people away from the bar to watch them. I particularly enjoyed the cowbell – as did the drummer! Not a bad start to the night at all. 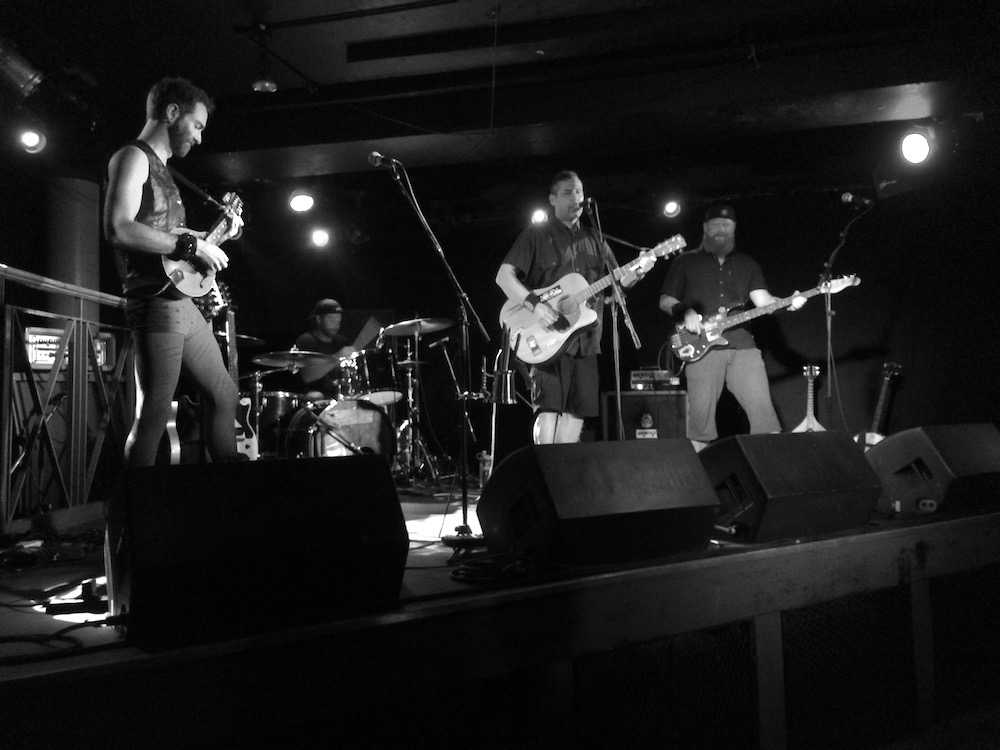 Next up were a band by the name of Black Water County, who it turned out were a six-piece folk punk band from Bournemouth. The band were each uniformly wearing waistcoats and had a wide array of instruments on stage with them – certainly more instruments than members. My expectations were already fairly high as I knew this would be my sort of band and as soon as they burst into their set I was hooked. They instantly reminded me of Roughneck Riot although with less gruff, I guess more traditionally folky, vocals. The majority of their songs were upbeat and lively so this did a great job of getting the crowd, included myself, moving. The slower numbers were great too though! I particularly enjoyed the switching of vocalists for different songs between Tim and Shan as well as the rest of the band joining for more gang-style vocals. Black Water County are a band I cannot wait to see live again. 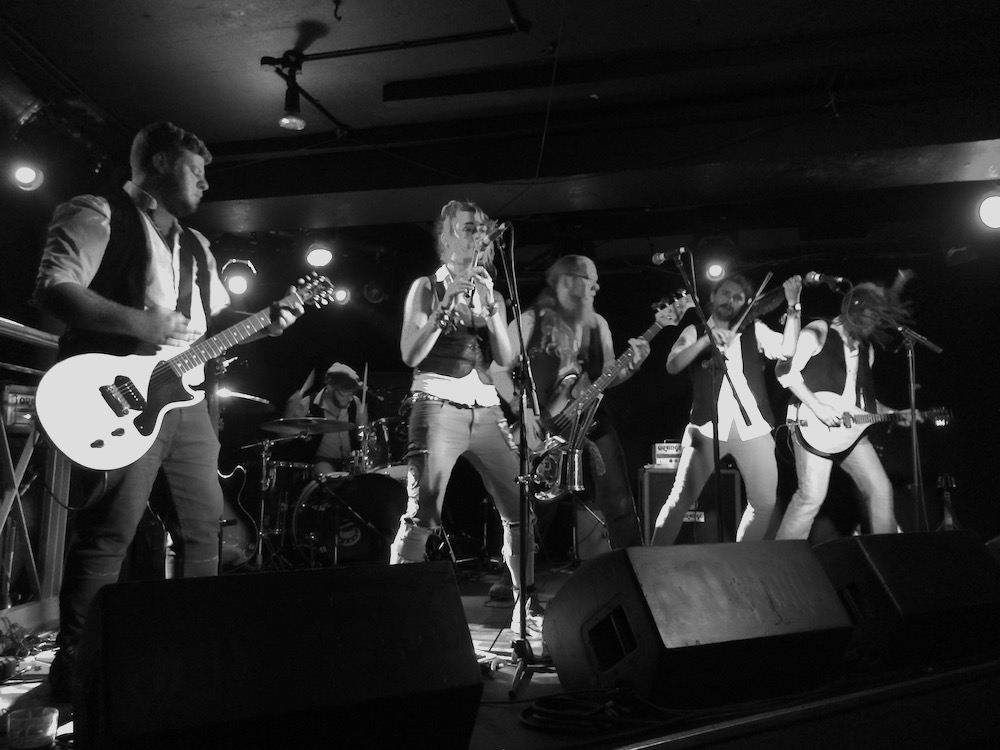 Then we came to the final support act. From their name, Calico Jack, I figured that they’d be another folk-influenced act – Calico Jack was a famous pirate, by the way – but I was wrong. The stage was cleared of instruments and microphones, leaving it looking oddly bare after Black Water County, as Calico Jack were a straightforward trio of drums, bass and guitar. By this point there were a bunch of eager music fans gathered at the front of the stage who obviously knew this band which was pretty cool for a non-headlining act. When Calico Jack eventually kicked off their set I discovered that, rather than folk, they had more of a funky alternative rock sound. It was not what I was expecting at all and I have to say that it made me feel like I’d suddenly been transported to another gig. It’s not that they weren’t good at what they did – far from it, they were a confident and talented bunch of young musicians – but, to me at least, it just felt out of place. Even their two-song Avril Lavigne cover medley didn’t really do much for me. But regardless of what I thought, there were plenty of people in the Underworld who loved their set so that’s all that matter really. 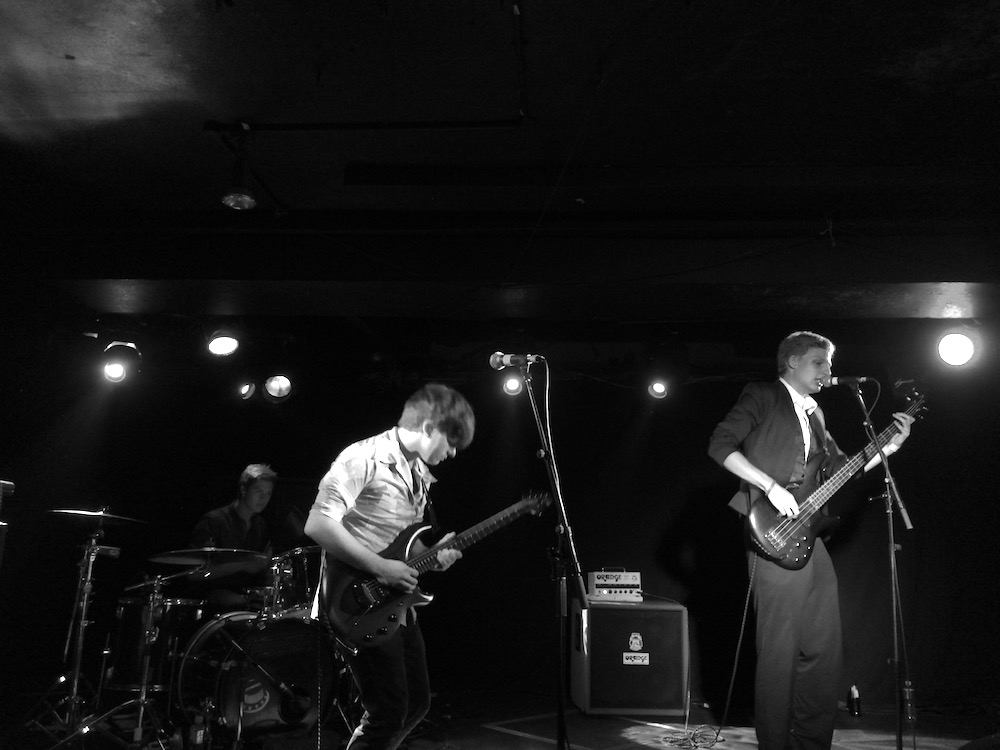 And so it was time for the band I’d been waiting for what felt like forever to see live, the mighty Dreadnoughts! Having never seen the band before or even ever watched any live videos, I didn’t actually know how many people were in The Dreadnoughts. It turned out that there were five, although I noticed that they didn’t have an accordion with them so potentially a member and/or musician was missing. The band members go by piratey nicknames so I won’t attempt to list them! Taking to the stage with a confident air, it wasn’t long before the band were making jokes about their great support bands, Metallica and The Beatles, as well as attempting a rendition of the English national anthem – ‘Eeennggeerrrlaaaand…’. The Dreadnoughts are clearly a band that don’t take themselves too seriously in a live setting and I didn’t expect any less to be honest. After this bit of tomfoolery, it was time for the tunes and time for the crowd to go absolutely nuts. I’m a big fan of The Dreadnoughts’ first album, Legends Never Die, so it was great to hear Antarctica, Elizabeth and the classic sea shanty Roll The Woodpile Down – the latter featuring a crowdsurfing, cowbell armed drummer to the bar and back for beer (not cider, interestingly). However, it was songs from Polka’s Not Dead that seemed to get the biggest reactions. Tracks such as Turbo Island, Poutine, Sleep Is For The Weak, as well as the album’s title track, went down a storm. Other highlights included two circle pits around the Underworld’s central pillar – something I’m surprised to say I’ve never actually seen there before, clearly I haven’t been to enough rowdy and raucous Underworld shows. They also got two members of the audience on stage to help sing what they said was a Wurzels song (it wasn’t Combine Harvester). All of these components made for an excellent gig but I particularly enjoyed one of a few brand new songs that they played. The song was titled Two Ciders Ago and is based on something that the band’s violinist said when she was drunk – ‘I’m two ciders ago’. I don’t know what the recorded version will sound like but the live rendition featured each member of the band taking a turn at singing the chorus, giving the song a real barroom feel. It was excellent. The Dreadnoughts are excellent. 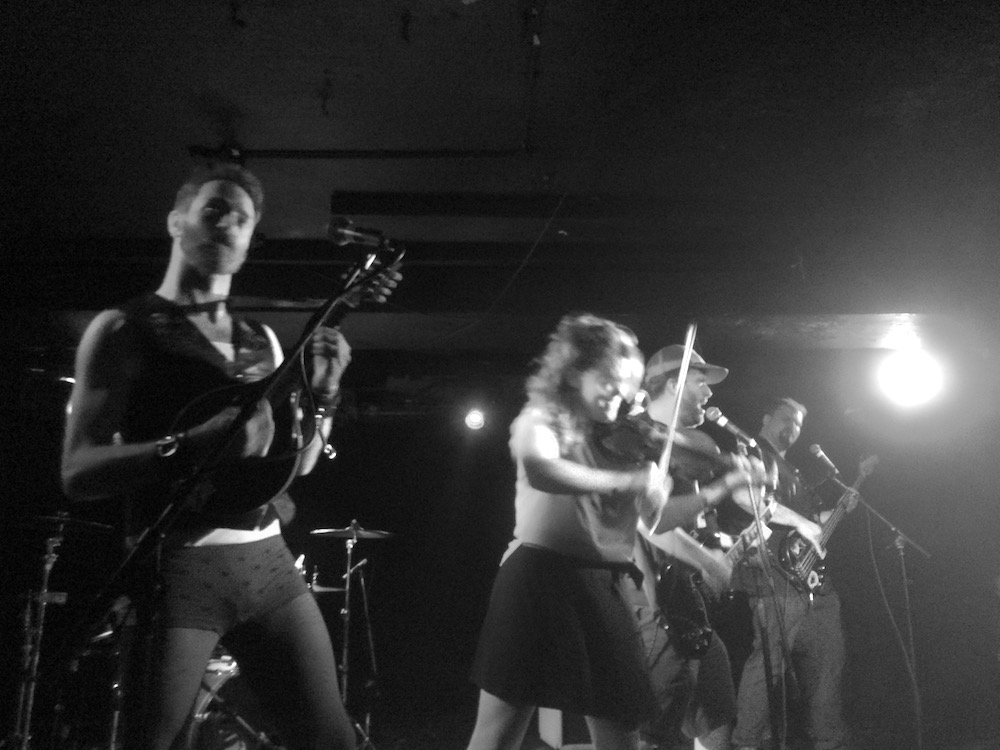 The Dreadnoughts live show was everything that I had hoped for and more. I just really hope I don’t have to wait another five years to see The Dreadnoughts again. Oh, and the new album will be released in November by the way.