Every music fan has a still-to-see-live bucket list of their favourite bands. Mine has got increasingly shorter over the past couple of years and I successfully ticked another of the bands off of my list on Tuesday – Bad Religion. I've never been what you would call a huge Bad Religion fan, if I was I would have seen them already, but I know that they are deservedly one of the biggest bands in punk rock history and I always love listening to them (not least at Christmas!). So when Bad Religion announced that they would be playing just two UK headline shows, ahead of their appearance at Rebellion Festival this year, I snapped up tickets for the London show.

I was a little surprised when a band born out of the underground UK punk scene was announced as being the one and only support for the gig – not because they didn’t deserve it but because these sorts of ‘big’ punk shows don’t always showcase the great UK scene. Gnarwolves are the band I’m talking about here and I was very much looking forward to seeing the Brighton-based trio for the third time. The band opened their 30 minute set with Straight Jacket, a song off the new album, Outsiders, before proceeding with some older tracks. If the size of the stage, or the band they were opening for, phased the band they did well to not let it show. It was a few songs into their set before vocalist and guitarist, Thom, spoke to the, now pretty big, Kentish Town crowd and acknowledged just how stoked they were to be playing with Bad Religion – and you could tell he meant it. That’s every punk band’s dream gig, right? Gnarwolves put on a great performance, including the ‘hits’ Smoking Kills and Bottle To Bottle, and I loved it but, I have to say, the crowd was disappointingly unanimated. It was a little odd because they enthusiastically whooped and clapped at the end of each song so it’s almost like they were being overly polite or perhaps just saving themselves for the main event… 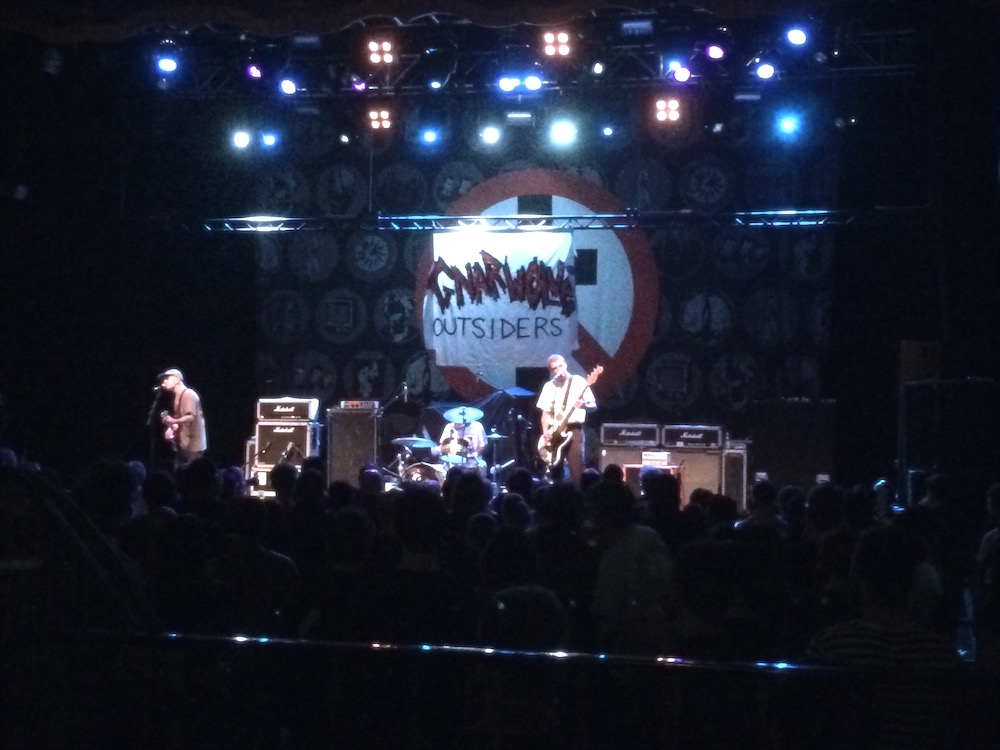 Gnarwolves’ DIY-style banner (which was great by the way) was taken down and the infamous Bad Religion logo was revealed, as if we didn’t know it was there anyway – definitely one of the most iconic and controversial yet simple logos in the world of punk. And before long the band themselves took to the stage. Bursting into American Jesus from the 1993 album Recipe For Hate, the Forum crowd was certainly more vocal and wholeheartedly enthusiastic for the main act! It’s crazy to think that that song was released when I was two years old but even more of their back catalogue and many of the songs that appeared in their set – I Want To Conquer The World, No Control, We’re Only Gonna Die and 21st Century (Digital Boy) to name but a few – were released well before I was born, as well. However, something I love about Bad Religion is that their songs sound simply timeless – and this was very apparent in their live set list, with songs spanning their 16 album, 37 year career. Frontman Greg Graffin noted how some of the songs that they wrote 25 years ago are actually more relevant today – think politics and general world views and you’ll see what he means. He also mentioned that the first time they played in London was in 1989! I am very glad that they have continued to return and I’m pretty sure that the whole of The Forum on Tuesday night would agree. This is a band whose members are pretty much all in their 50s and they play with such energy and force that you’d be forgiven for thinking you were watching a bunch of enthusiastic twenty-somethings. Of course, I have to mention bassist Jay Bentley as he’s such fun to watch on stage, bouncing around the place without a care in the world (something he also does when playing in covers supergroup, Me First And The Gimme Gimmes). But what really impressed me was Greg’s voice. He has such a distinct vocal on record and I’m pleased to say that this is the real deal and he sounds that good live – not bad at all for his age! The are so many great songs in a Bad Religion set list – it’s easy to forget just how many amazing songs they have – and for each and every one of those songs there were fists in the air, huge singalongs and even one large circle pit towards the end. 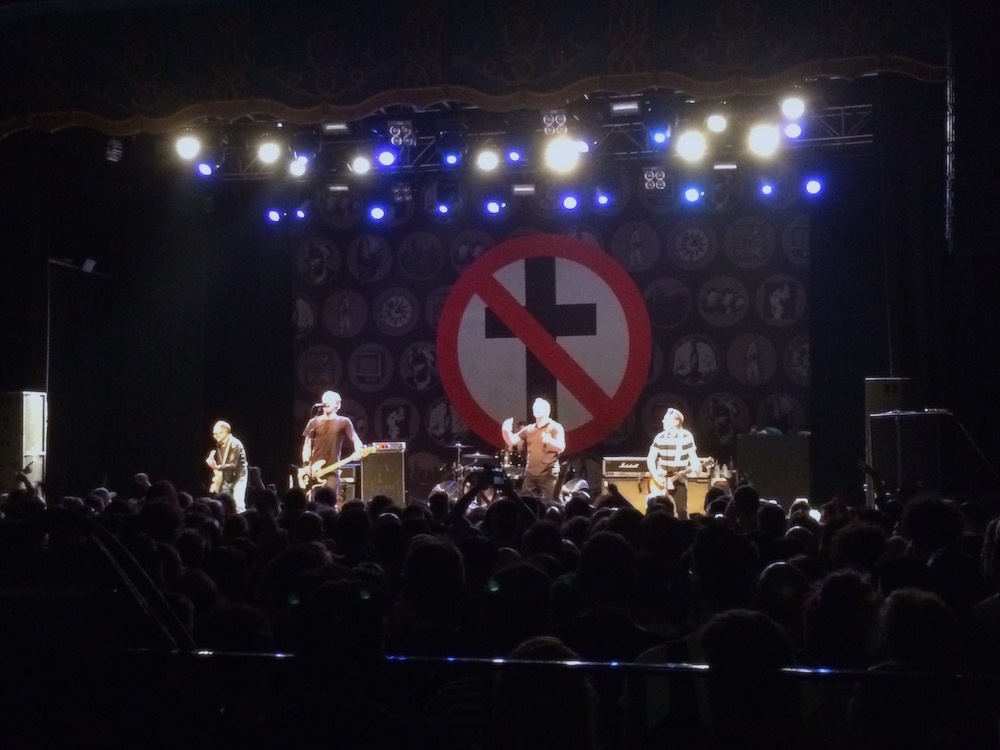 Bad Religion are one of the very best punk bands. Ever. And they were definitely well worth the wait.