When a band reaches thirty years together as a band it's an incredible achievement. That's the impressive milestones that New Jersey's The Bouncing Souls reached this year. To celebrate they have been playing massive shows all year and showing why they've had so much longevity. (Spoiler, it's because they're really really good). After what seemed like the longest wait, it was time for the UK to get their chance to party with The Souls. We attended the London date of the UK tour at the Electric Ballroom in Camden and we were very excited for the night ahead of us. 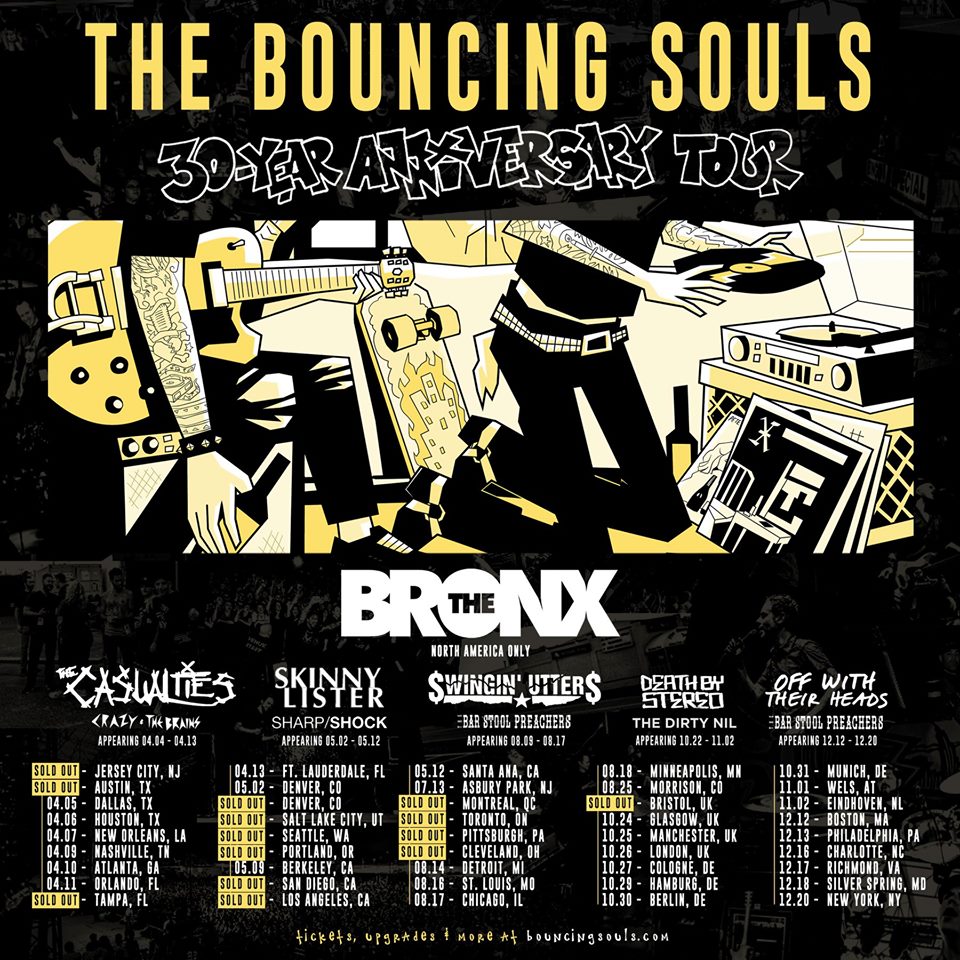 Due to an early start (and the fact I work on Saturdays) we arrived at the Electric Ballroom as Death By Stereo were already halfway through their set. This was my first time seeing the California band but was well aware of their legendary status in the scene. Combining punk, hardcore and metal, Death By Stereo had whipped the crowd that had arrived early into quite the frenzy when we got into the venue. Lead singer Efrem Schulz has a tonne of energy and was a blur on stage as well as down the front in the pit during the set which was great to witness. Death By Stereo are perhaps on the heavier end of the spectrum for my personal tastes but I can clearly see why they are such a beloved band. 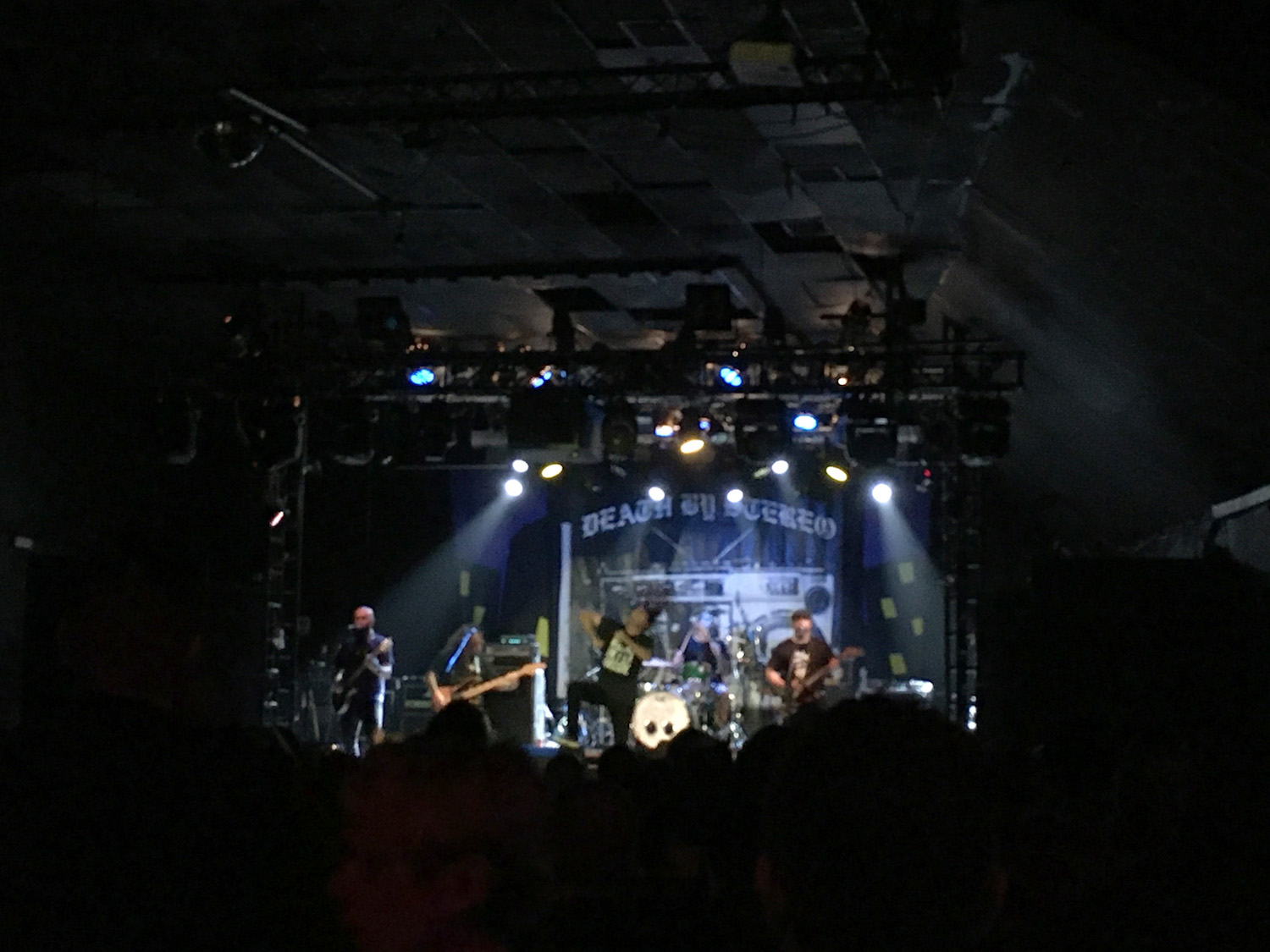 Up next was Canadian trio The Dirty Nil. These three gentlemen have been developing quite the reputation as the of the hottest new bands around. Playing alternative rock with a punk rock swagger and energy, The Dirty Nil had some very enthusiastic fans down the front who gleefully shouted back the words to every song – something the band clearly appreciated. As you might expect from a modern rock band, they are slick (aside from one moment at beginning of a song which they quickly laughed off) and look well rehearsed. Playing a mixture of songs from their two full lengths Higher Power and Master Volume, it was great to see a band putting so much passion into their performance, I'm not sure that the band were stationary for a moment during their set. It's plain to see why The Dirty Nil are so hotly tipped as ones to watch. 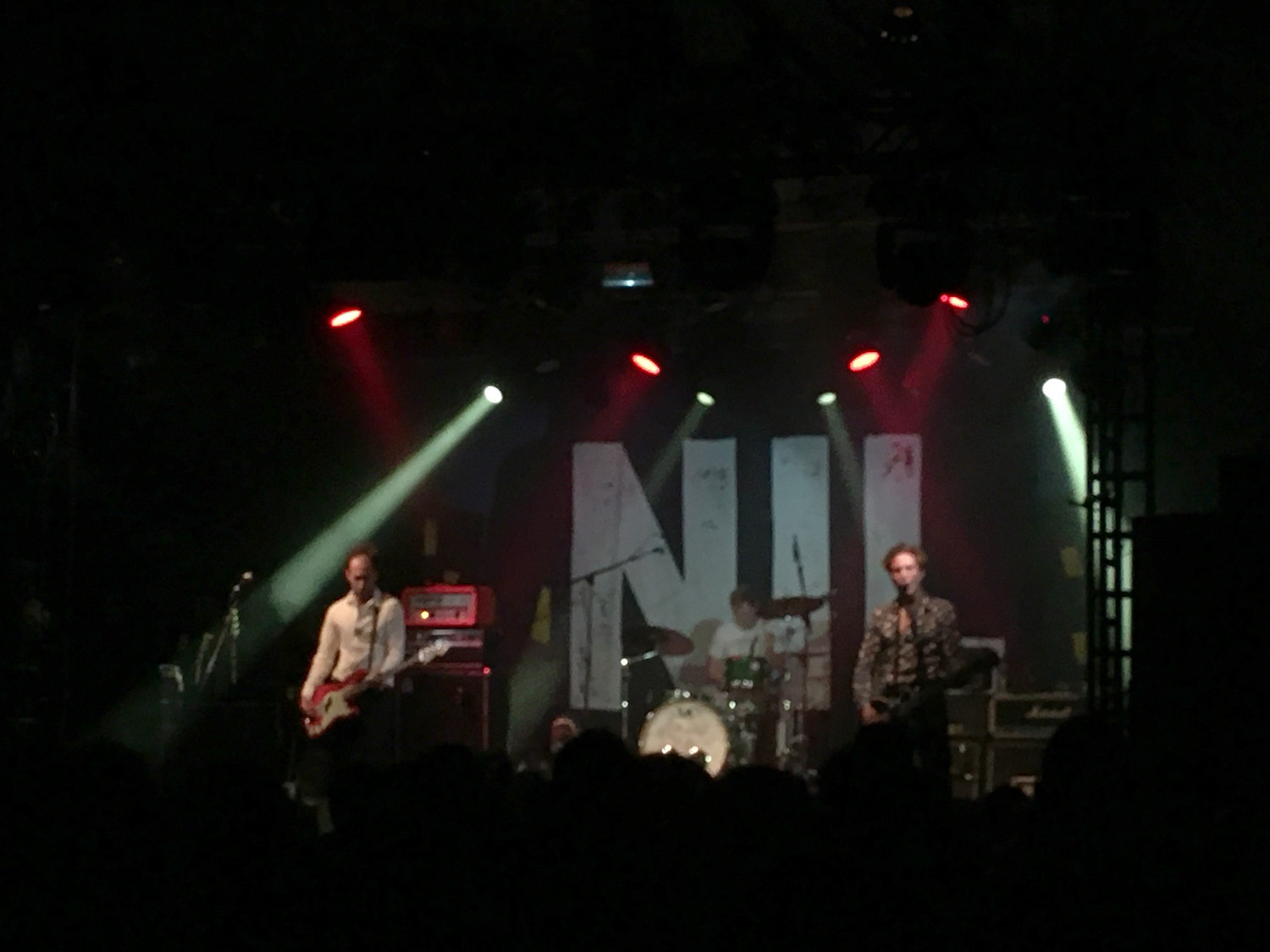 It was now time for the main event – The Bouncing Souls. By this point, the room was pretty rammed with the band’s loyal and dedicated fan base. Before they started their set, I was thinking about how of all the punk bands from their era they are probably still the most beloved. For me, personally, there's not a band from that era that I get quite as excited about as The Souls. Seeing them live is just the best experience each and every time – singing as loudly as I can to so many classic songs, surrounded my many of my friends. It's a special moment every time, including this time. In fact, this felt like an ever more special moment given the fact we were celebrating thirty years of the bad. Taking to the stage with little fanfare before jumping into Hopeless Romantic, Sing Along Forever, Kate Is Great and The Gold Song, everyone in the Electric Ballroom shouted the songs back at the stage. The Bouncing Souls are one of those bands who, at times, don't actually need a singer as their fans sing so loudly and passionately. I love Greg though, so I'm glad he's here. It's easy to forget just how many complete bangers the band have written over the years. With each song they played there was a new level of excitement when people realised what they were playing. The set did mostly consist of Souls songs from the first fifteen years of the band’s discography including three from Maniacal Laughter (a very underrated album in my opinion). It was also nice to see that the songs from 2019's Crucial Moments – which I think is one of the band’s best releases in a while – got fantastic receptions. I particularly enjoyed the love song Favourite Everything which I had a little dance to with Emma. Other highlights were That Something Special going straight into Lean On Sheena and the final two songs of the main set – Gone and Manthem. I was very surprised when they walked off stage after those songs, it had been an hour but it flown by and I had had so much fun. They soon came back to the stage for a four song encore of Crucial Moments, True Believers (where they were joined by members of Death By Stereo and Tony from Brighton based punks Harker), The Freaks, The Nerds, & The Romantics and Night On Earth. 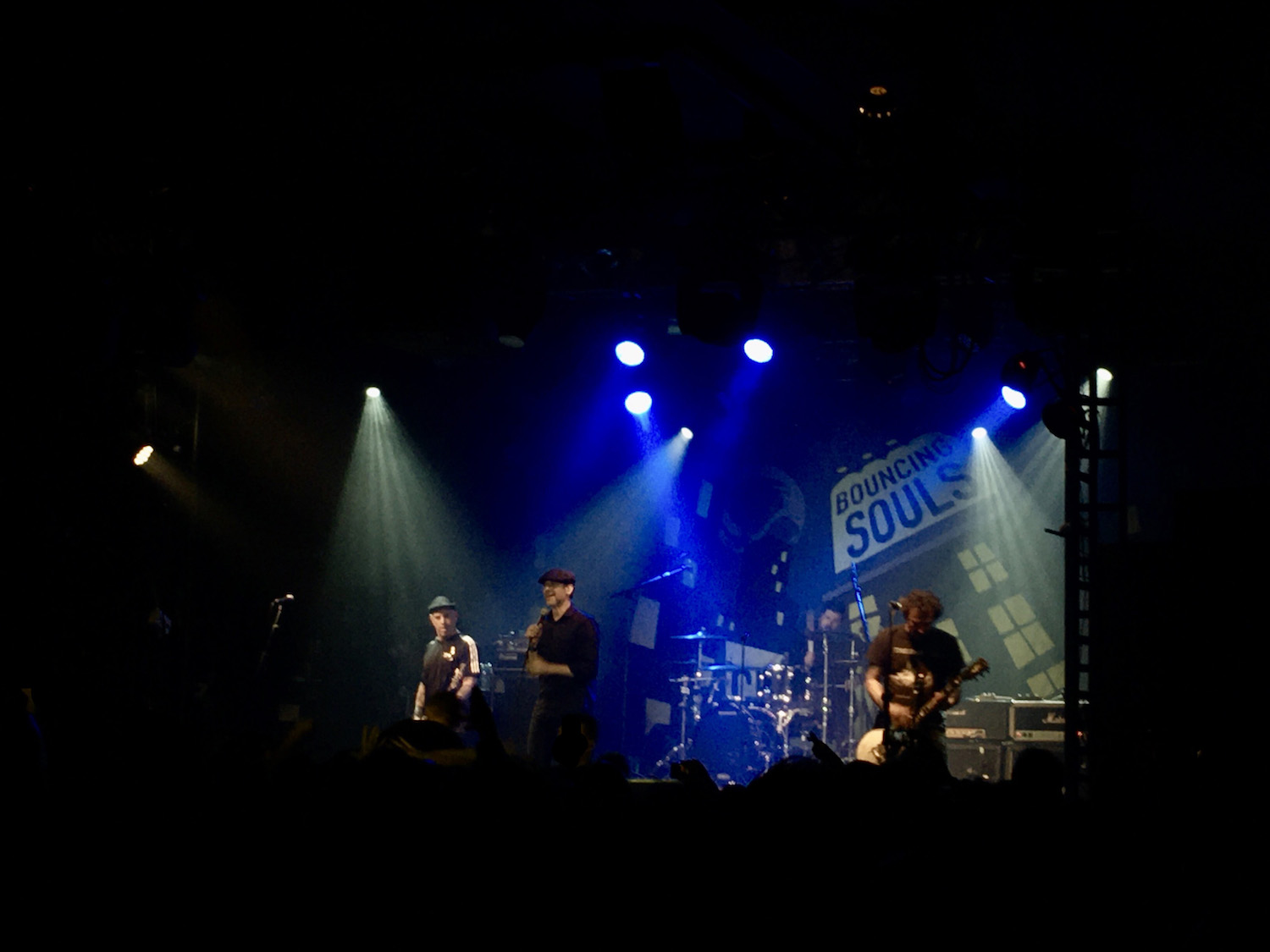 This was a seriously fantastic night. The Bouncing Souls are the actual best band around. Congratulations on thirty years, here's to another thirty!

This gig review was written by Colin Clark. Photos by Emma Prew.
Posted by ColinsPRW at 12:27:00