I first discovered Fat Chance on a Bandcamp Discovery session whilst hunting out bands for a new CPRW Records compilation. Whilst not fitting the bill of what I needed for the comp, I did absolutely love the band so added their newest EP The Big Fat Fib to my review list. Fat Chance are a ska punk band from New Jersey consisting of Ferris Denequolo – Guitar/vocals, Weftin Mohr – Bass, Shawn Werman – Drums, Lacey Liptak – Saxophone and Bryan George – Trombone/Trumpet. The Big Fat Fib was recorded live in a studio over a year ago but the band never had a reason to release it until Election Day came around last year. I’m glad they did as I might never have discovered them. 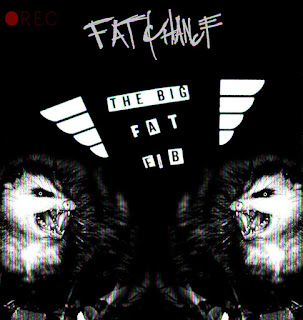 The first of the three songs on the EP is one of my favourites of 2020. Lies is an upbeat and soulful ska number that never fails to get me dancing in some capacity. It’s the sort of song that really gets you moving and never ceases to put a smile on my face. The track is about having lies spread about you and what happens because of that. This is a song I’m really itching to see live at some point, I imagine that it’s a lot of fun! Next is Don’t Rape Yer Comrades. Obviously, from the title, you know that this is a serious and heavy song. The band go towards the skacore sound as Denequolo angrily sings about what absolute scum rapists are. This is perhaps the type of song that should come with a trigger warning but also it’s so important for people to call out this behaviour and make sure that EVERYONE knows that this is not an OK thing to do. It’s mad that people would think otherwise. Finally we have Modern Politics. Modern Politics is song that jumps expertly between styles. It starts out with an extended introduction that is super heavy and features some wailing horns before switching to more of an uptempo ska style before reverting back to the heavier sound. The vocals are most prevalent during the middle section of the song where Denequolo sings very speedily about the state of modern politics and how much politicians lie to people and that sooner or later people will revolt. I can see more and more in US and UK politics (and I suspect in many other countries all over the world) that people are becoming increasingly angry about how politicians act so this is another song that was important to get out into the world.

The Big Fat Fib is a great, if not a little short, EP. It seems that the only ska bands from the USA that a lot of people talk about are those associated with Bad Time Records (people should talk about them as they’re all great) but there are also many others deserving of our attention. Fat Chance are one of them.
Stream and download The Big Fat Fib on Bandcamp here.
Like Fat Chance on Facebook here.
This review was written by Colin Clark.
Posted by ColinsPRW at 12:22:00