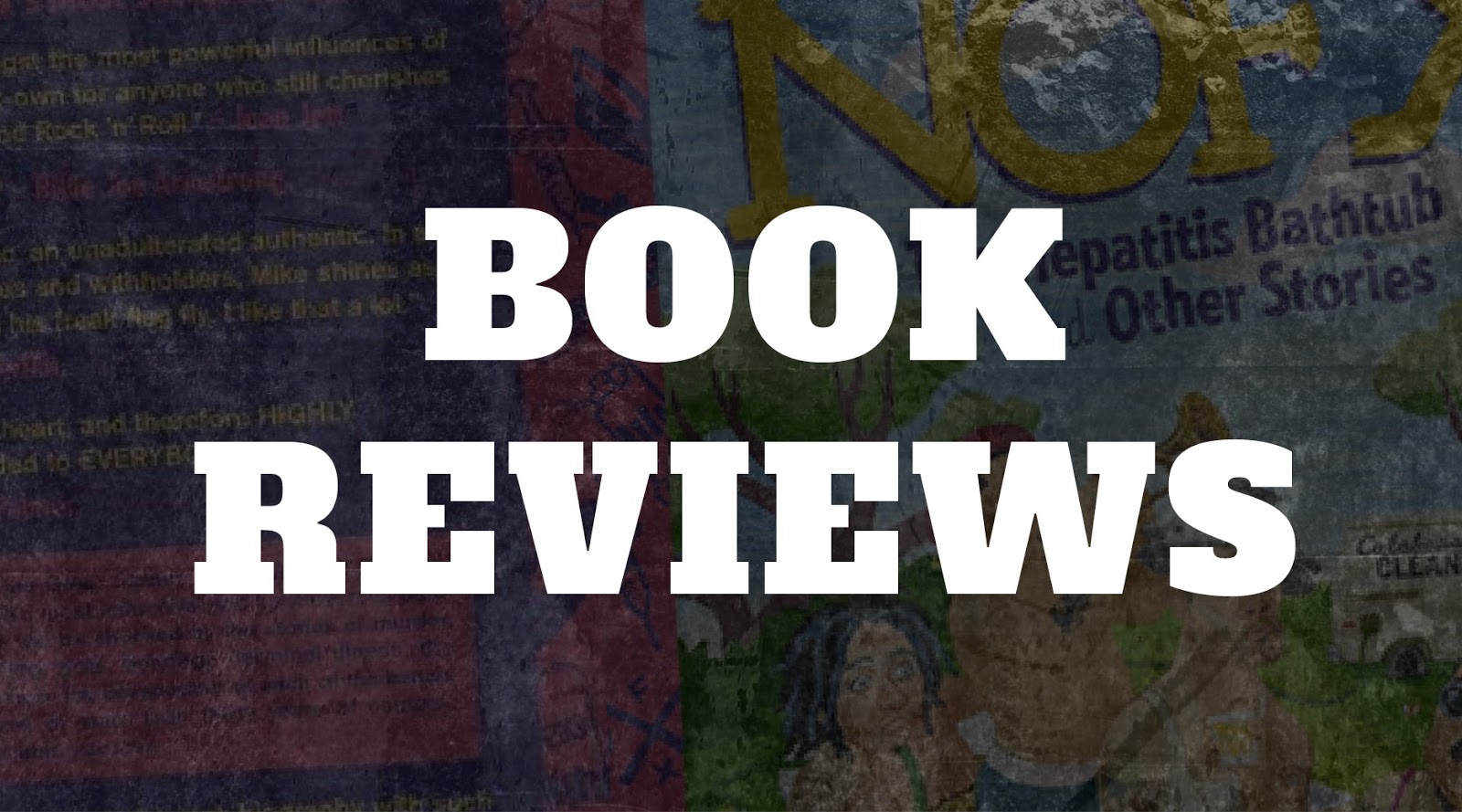 Today I'm writing something a bit different. I think we've maybe had two book reviews in the five year existence of CPRW. The book I'm going to attempt to write a good review of isn't really even a book on punk rock exactly, despite its title. It's a book about mental health and how music (of any genre) can help you when you're at your lowest point. The book that is the subject of my review is Perfect Sound Whatever by British comedian James Acaster. 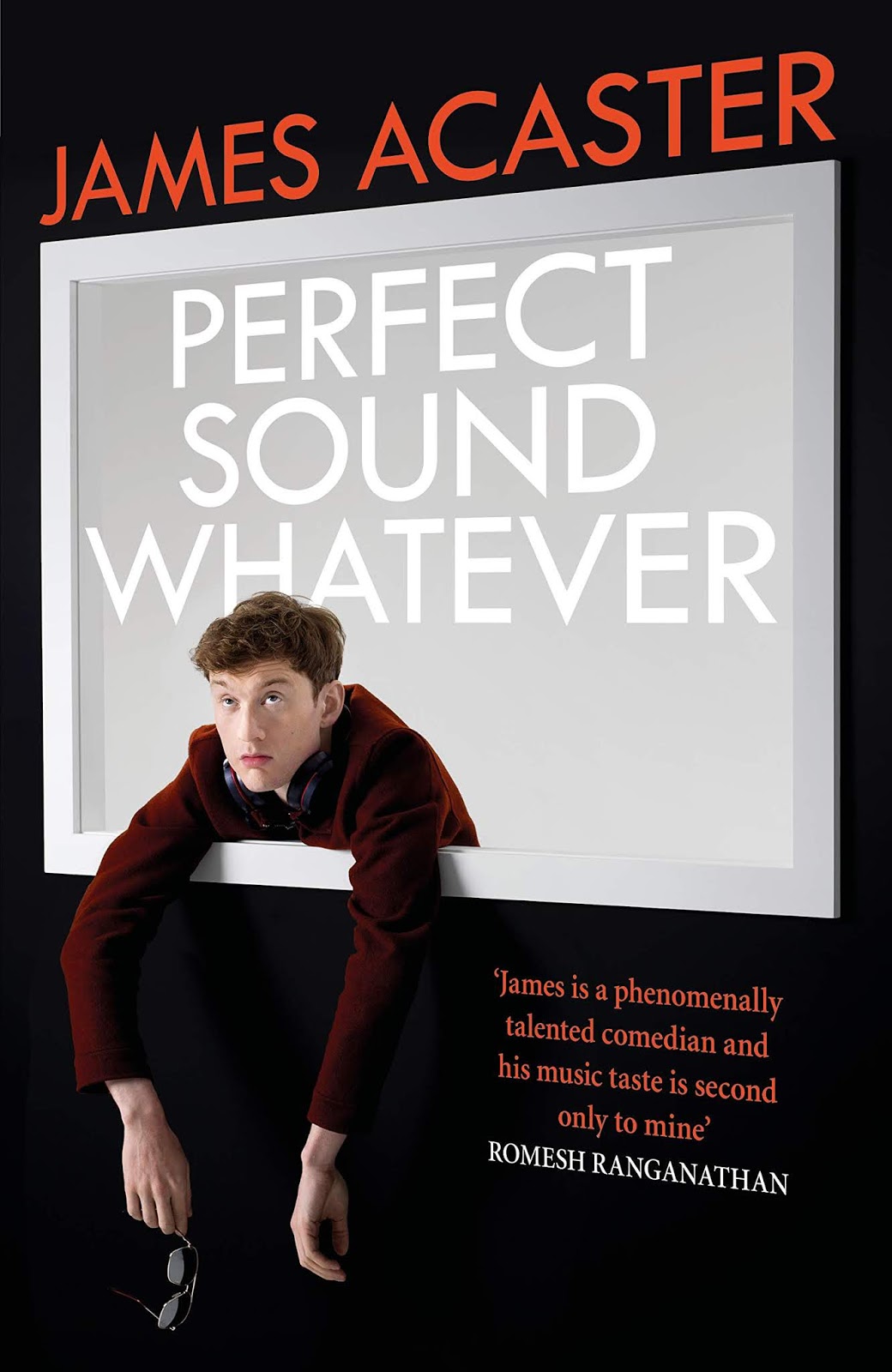 Released in August 2019, the book – which is named after a Jeff Rosenstock song from the 2016 album Worry – looks at James' 2017 which started with a break up with his girlfriend and the dissolution of his relationship with his agent which lead to a mental breakdown. It also lead to a re-found love of modern music, something he had lost years before. In 2017, he spent the entirety of the year dedicated to finding the best albums of 2016 from every conceivable genre imaginable.

Perfect Sound Whatever is a type of diary of James' 2017 as he talks about break ups, the state of his mental and physical health, the stress of his career and how he tried to make himself better. Interlaced between these autobiographical accounts he talks about some the best albums of 2016 that he discovers. Throughout the book he manages to weave a web linking the albums to what’s going on in his personal life. This really helps with the flow of the book, it doesn't just feel as if you're reading two different books at the same time. Something I was quite thankful for.

Having watched James’ stand up routine a couple of times, as well as watching him on countless panel shows and reading his first book James Acaster's Classic Scrapes speech and writing style, I was pleased to discover that he didn't change the way he writes for the more serious book. Whilst reading it, I imagined it was him reading me this book (like one of those audiobook things I've never gotten into). It being such a personal story, it had to be written in his own unique style or it wouldn't have been so powerful to read.

It's a bravely written book but also essential. James bares all about the state of his mental health. I always have the utmost amount of respect for anyone who can speak so openly about this. Men in particular are becoming more open when talking about their mental health but there's still a lot of work to be done to help men know it's okay to talk about this stuff. The way that James talks about his issues is very much warts and all – he holds nothing back. It can be a heavy read as he lets the reader know about the deterioration of his health but it also becomes quite heart warming as his life begins to get back on track.

A big part of getting life back on track was his quest, that probably turned into a slight obsession, to discover the very best albums from 2016. Leaving no stone unturned, James read through every top album list of 2016 alongside going through sites such as Bandcamp (my personal favourite way of discovering new music) to find everything he possibly could. Whenever he had a moment spare he would be searching for that gem of an album – from 2016 of course.

The way that he writes about each discovery is fantastic, you can tell how much love he has for each and every album he features in Perfect Sound Whatever. He writes with such passion that you can't help but want to check out a lot of the albums, even if it's not a genre that you're particularly fond of. I found myself with an urge to check out hip hop and I generally can't stand the genre. It also reignited my passion for discovering new music. Something I enjoy doing but had also been doing less and less lately. During the two weeks I spent reading the book, I probably spent more time going through Bandcamp than I have in ages. This is the biggest takeaway I had from Perfect Sound Whatever – the love of finding new music, sharing it with people and just using music as a form of escapism from all the rubbish that exists in your life.

If you're a lover of music then this is a must read book. I think James does such a wonderful job of encapsulating what a powerful form of media music is and just how important it can be for your mental health.

This book review was written by Colin Clark.
Posted by ColinsPRW at 07:45:00