Album Review: Empathy by Edward In Venice (by Lee Morton)

The best thing about doing these reviews for CPRW is that I get exposed to new music from bands that might otherwise have passed me by. Case in point is the latest release from Italian melodic punks Edward In Venice. Despite having formed back in 2011 and with three previous releases under their belt, they had completely flown under my radar until I was sent their latest EP “Empathy”, which was released on the 26th April on Lockjaw Records. 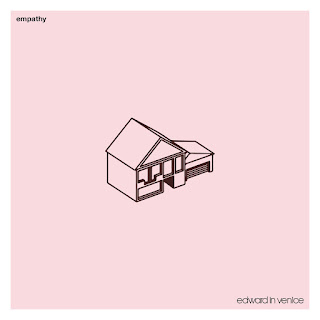 The EP is a catchy mix of melodic hardcore, pop punk, emo and screams – so effectively we have a little something for everyone. Especially on opening track “The Deserter” which starts with a rumbling, dirty guitar riff that builds slowly with the dual vocalists bouncing off each other between the clean melodic delivery and the more hardcore screams. The guitars and the drums are tight and on-point, instantly grabbing you and demanding your attention.

“High Tide” continues that heady mix, with a little added pop-punk ear for melody but without sacrificing the energy or lacerating screams despite the more melodic approach. There’s a natural ebb and flow to the song, which makes it so catchy and infectious, while the bass lines and vocals really stand out. On listening to this I couldn’t help but think that if Edward In Venice were British or American then their profile would be so much bigger.

On my first few listens to the EP it was third track, “Spark The Philly”, that I found most memorable. A fast, angry track that reminded me of Fever333 in both delivery and passion in the lyrics. I also loved the quieter breakdown towards the end of the track which contrasts brilliantly with the furious energy of the rest of the song. Talking of contrast, the next song, “Manolo Riddim”, was a real head scratcher for me. More a lazy jazz interlude than actual song but over the course of listening it kind of grew on me as sitting in the middle of the track listing it breaks up the EP and sets us up nicely for the second half.

Stuttering dynamics meant I struggled to get into next track, “PipeDream”. I just found it a bit too stop/start although there’s no denying the catchiness of the massive singalong verses. Fortunately it’s swiftly followed by “Blue Whale” which ups the energy levels as the drums pound out an impressive rhythm and the addition of a gentle breakdown later in the song shows that they have a lighter touch, before it all goes hardcore again with an explosion of noise that wouldn’t sound out of place on a Cave In album.

The final track, “Vaporeon”, is a snaring, twisting beast that jumps around from furious metalcore/punk and breathless fragile beauty. The whispered vocal before erupting into a wall of noise is a trick I loved since my nu-metal days and Edward In Venice pull it off to perfection as the track constantly builds up the pressure before the dramatic release and thrilling climax to the EP.

It took a while for this EP to really take hold of me but after a couple of listens I was getting it completely. Don’t let the fact that you may not have heard Edward In Venice before put you off and give this a try, you won’t be disappointed.

This review was written by Lee Morton.
Posted by ColinsPRW at 11:46:00