It was time for our seventh gig in nine days and I have to admit that I was really struggling. Last thing in the world I wanted to do was make the journey down to New Cross, all I wanted to do was lay down in bed and sleep. But, for the first time ever, The Copyrights were in London and I knew I couldn't miss this historic event. The Zatopeks were also playing a rare London show and it had been far too long since I've seen them so I powered through my exhaustion, with no doubt in my mind that it would be worth it.

The first band on are a new one in the UK punk scene – London's Mean Caesar. Featuring current and ex-members of bands such as Great Cynics, The Murderburgers, Myelin, Pure Graft, Werecats and Crystal Piss, it's clear that Mean Caesar are a band to really take notice of. The five piece took to the stage and blew me away immediately with some great melodic gruff punk. Lead singer Danny Lester has a great presence on the stage as he prowled around the stage and, at times, the floor. The set was short and sweet but did plenty for me to get excited to see what comes next from Mean Caesar. They also filmed a music video on the day of the gig so make sure that you keep an eye open for that in the coming weeks. 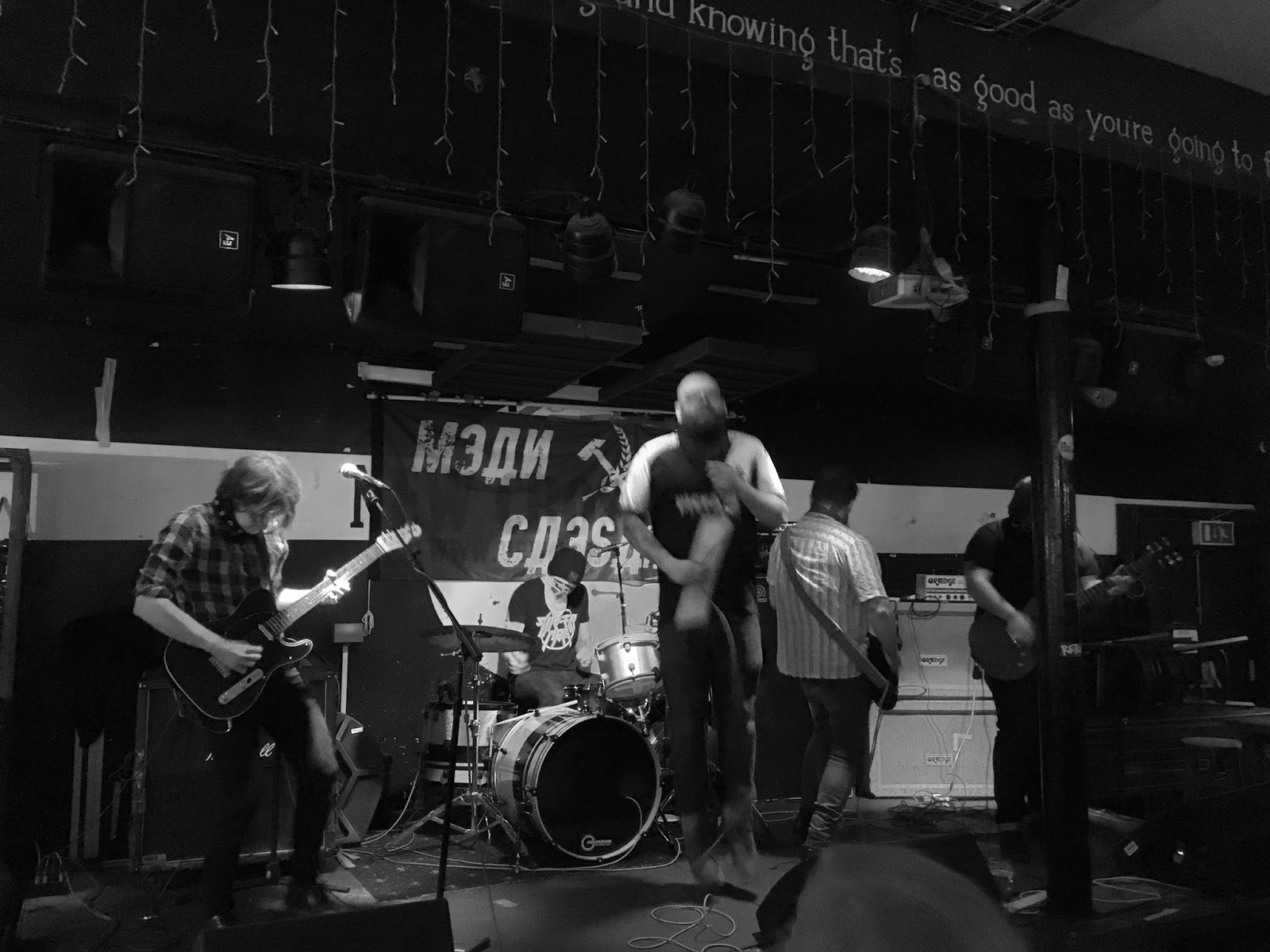 Up next were Honey Joy. I've only seen Honey Joy one time before, at one of their first shows a few years ago, supporting RVIVR at The Boston Music Room in London. Since then the five piece have played many more shows and even been over to Gainesville to play The Fest, as well as putting out their first album, so I was interested to see how they've progressed. Very well it seems! Despite what seemed like a few issues with sound and admitting that they hadn't practised in a little while, Honey Joy put on an energetic performance with the band looking as if they were having the best time on stage together. Playing a grungey style of indie pop punk, Honey Joy showed why they've become as popular as they have in the last few years. 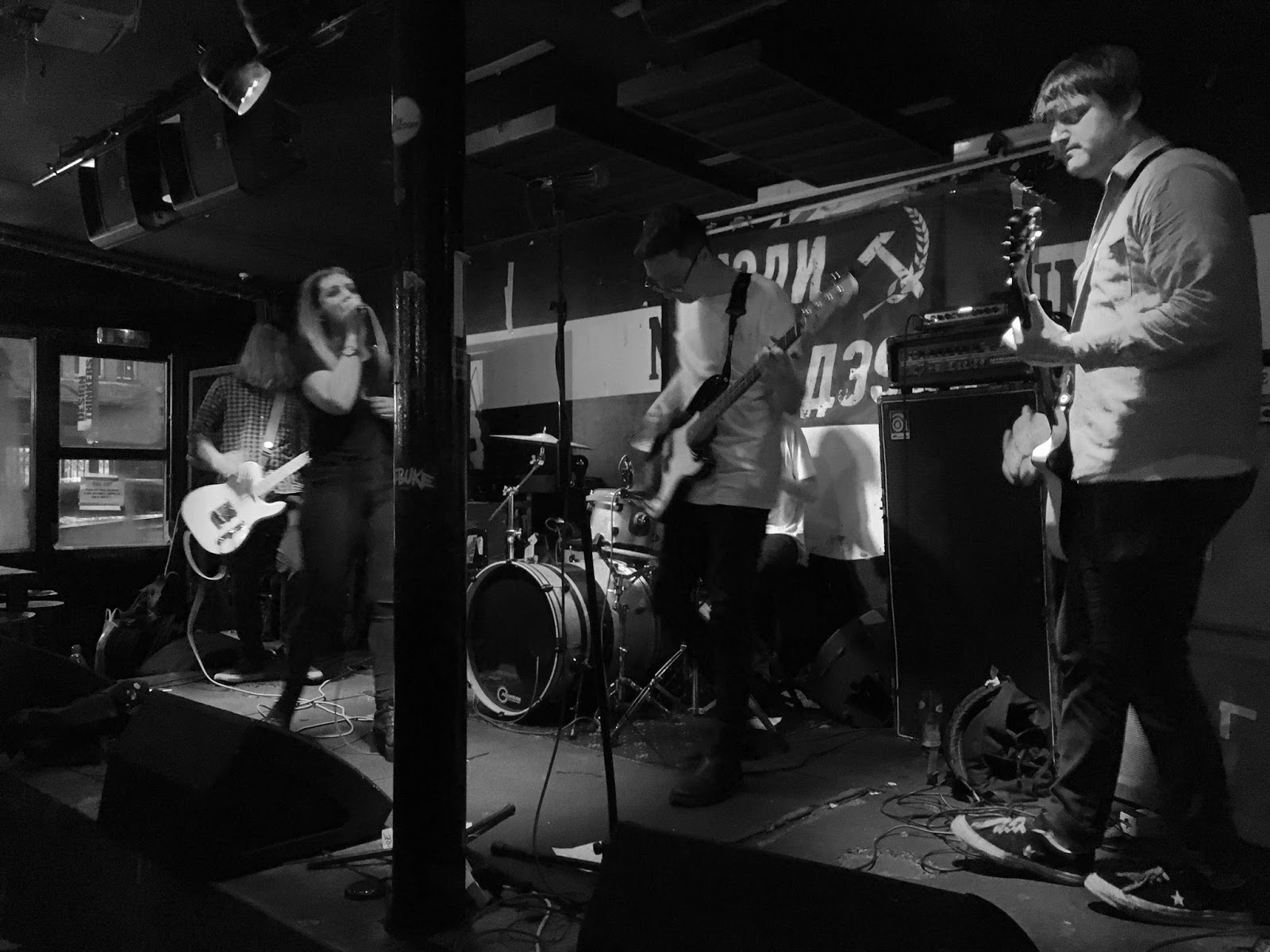 The Zatopeks are one of my favourite bands of all time so for this to be only my second time seeing them was pretty poor form on my part. Last weekend at Manchester Punk Festival I'd seen Spider performing in his other band, Gutter Romance, so I figured he'd be in town with the Zatopeks. Unfortunately for whatever reason that wasn't the case but the band did have a fantastic stand in guitarist in the form of DeeCRACKS guitarist Matt – not too shabby. Something I noticed last time I saw the Zatopeks, and again at the New Cross Inn, was how much faster the band play live than on record. This really amps up the intensity in their songs. Frontman Will DeNiro gets increasingly erratic as the set progresses. There isn't enough room for him on stage and he often finds himself down in the crowd. At one point he was stood on a picnic table by the bar and was crowd surfed back to the stage whilst continuing to sing – this made for an awesome sight. The Zatopeks played a great set spanning their entire career, including a cover of a Ramones song where they brought Lucy of Australian band The Spazzys on stage to join then. They also played a brand new song from an upcoming, and long awaited, fourth album which I cannot wait for. I really enjoyed the Zatopeks and now am impatiently awaiting the next time I get to see them. 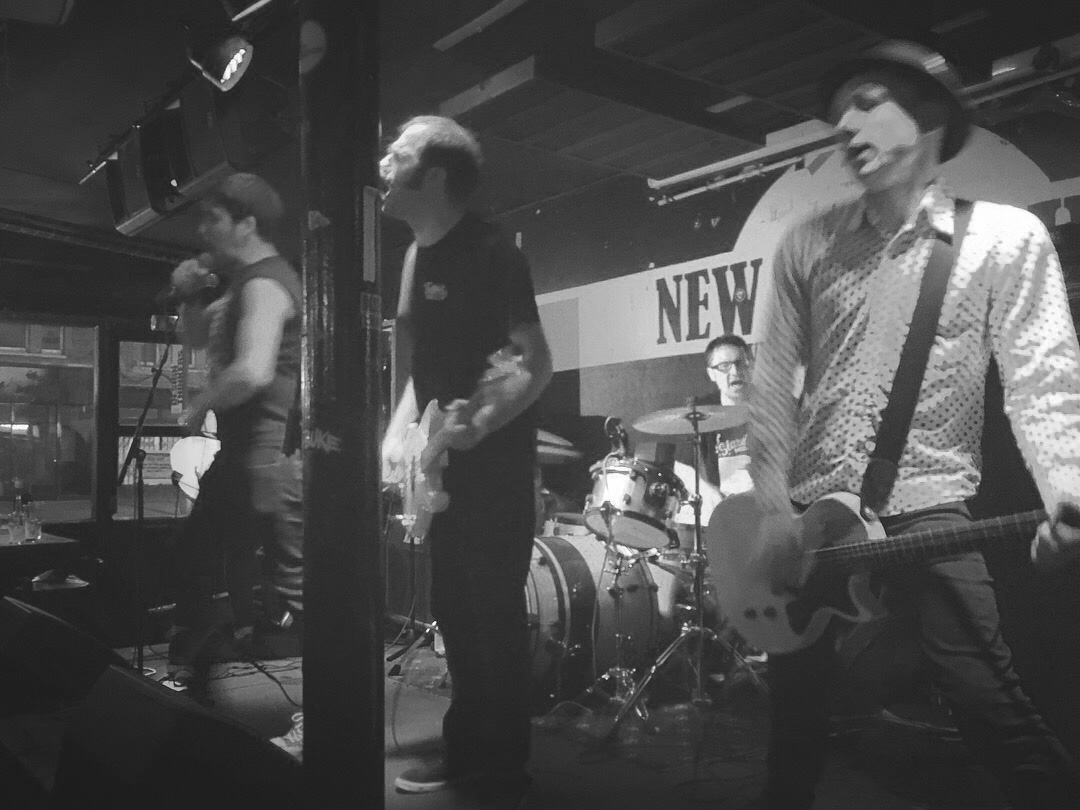 A phrase I never ever expected to hear was "hi, we're The Copyrights and we finally made it to London." The long running pop punk band from Chicago were at the end of their first ever UK tour which started in Manchester the Saturday before this gig. I chose to catch Revenge Of The Psychotronic Man's final ever MPF set over The Copyrights show at MPF knowing I would be catching them at the New Cross Inn a few days later. I'm glad that I made this decision as, not only did ROTPM kill it, it felt right for my first time seeing The Copyrights in the UK to be at my favourite venue. There were around 200 people squeezed into the New Cross Inn eagerly waiting to see The Copyrights and when they took to the stage it was as if the past fifteen years of wanting to see the band erupted into some crazy mosh pits and big sing-a-longs. Despite a limited set time, The Copyrights managed to play a big set list (including the encore, they managed to play over twenty songs). The set featured songs from their entire discography, including old school tracks such as Button Smasher and Cashiers as well as newer tracks Heart Of Glue and No Knocks. It was great to see just how well received each and every song was, this wasn't a case of only knowing one album or a few songs. It seemed as if everyone knew every word to every song they played. The Copyrights themselves looked as if they were having a fantastic time on stage as well, hopefully making up for the years of struggling and trying to get to the UK. Hopefully such a positive reaction from London, Manchester and the entire UK will mean it won't be so long before a second visit to our shores! The Copyrights were absolutely superb and helped end mine and Emma's crazy week of gigs in the best possible way. 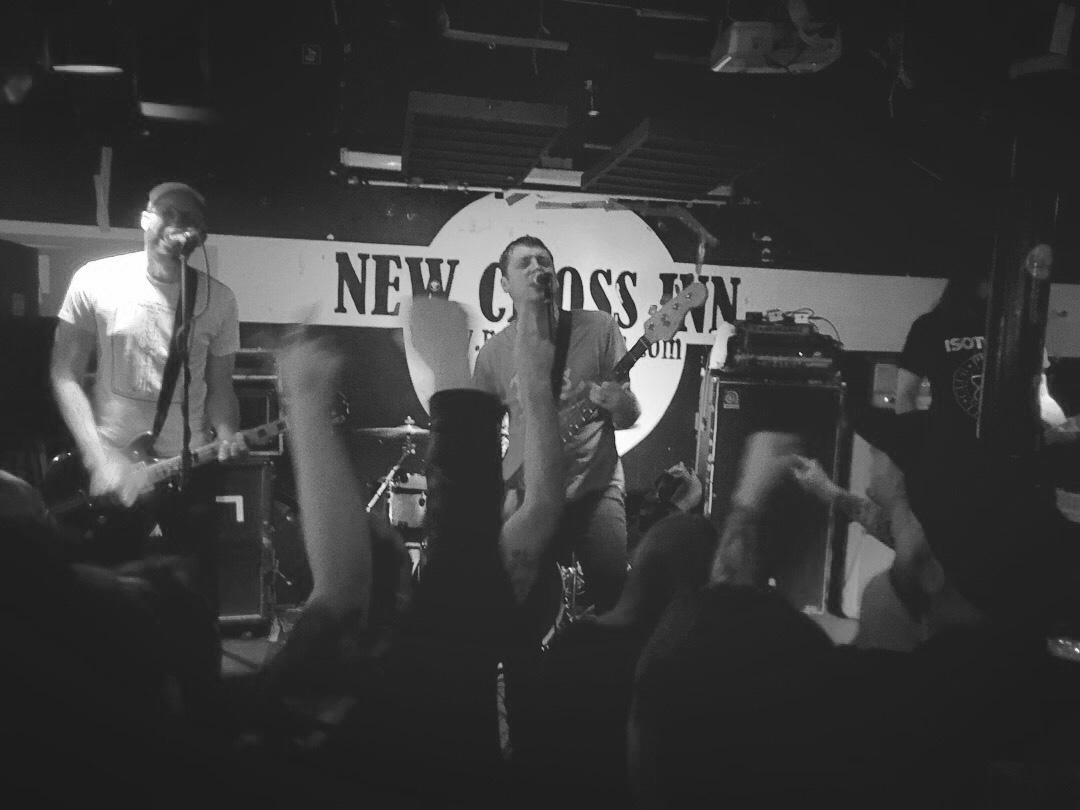 This review was written by Colin Clark. Photos by Emma Prew.
Posted by ColinsPRW at 14:46:00