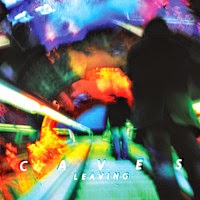 I was very late to the party with Caves. They were a band I had seen on lots of different bills throughout the country but I never gave them a chance. That was until I saw them support The Smith Street Band and Great Cynics at Our Black Heart in Camden last summer. It was a performance I enjoyed immensely and went and brought the excellent releases Betterment, Collection and Homeward Bound. Late last year Caves released a brand new album named Leaving. Again I was very late to the party with regards to actually getting it. I finally did get round to buying it this week, here’s my thoughts on it.

I think the best way to describe Caves sound is noisey pop punk. The guitars give a great distorted sound and the songs are full of hooks and catchy choruses. Leaving opens up with the song Sad. Sad starts out slowly with some simple guitar chords and lead singer Louise Hanman letting out some “Whoa-ohs.” Sad is about how gender can define how you live your life and how this really shouldn’t be the case. There is always a grey area, things shouldn’t be just black and white. Louise’s vocals are passionate showing she really believes in what she is singing. The second song, Oh Antonio starts with a grunge feel to it. The vocals in the verses are delivered with a very distorted but the chorus sounds clear and crisp, fantastic for singing along with. Anchor is a song about trying to forget about your problems. This is some classic pop punk that will inspire massive fist in the air sing alongs. One of my favourite songs on Leaving. The fourth track Puddle is a slower song that really focuses on vocal delivery. It’s about loving a place even when it’s at its worst. 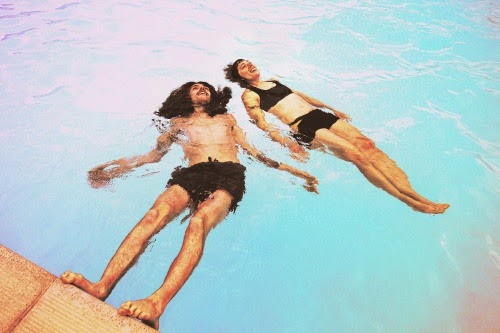 The fifth song leaving is another of my favourites on the album. It’s a fantastic up-tempo song which is so catchy. Lou’s vocals are absolutely perfect throughout the song that will again have everyone singing in unison. This songs flows nicely into the sixth track Compare. This song is an anthem about being yourself and not trying to be somebody else. This is a real feel good song that could definitely educate a few people. I really love the lyrics in the first verse “Don’t Compare Yourself, To Anything Or Anyone, Shout Loud At The Crowd, With A Conscience, And Humility With Everything.” The penultimate song on Leaving is called Dull. This song start out very slow and subdued as bass player Jonathan Minto take lead vocal duties on the opening verse. Caves are at the unique best on this song, I can’t think of any punk bands in the world who sound quite like this. Leaving finishes up with the song Sadder. Interestingly this song musically is a variant on the opening song Sad. I like this idea of book ending the album this way, it gives the feel of a completed bit of work.

Caves are one of the most interesting and unique bands in the UKs punk scene. Don’t do what I did and turn up late for the party, go and check them out this very second. Leaving is a incredible release from this Bristolian band.

Now listening to You Think You've Changed The World by Above Them
Posted by ColinsPRW at 21:23:00