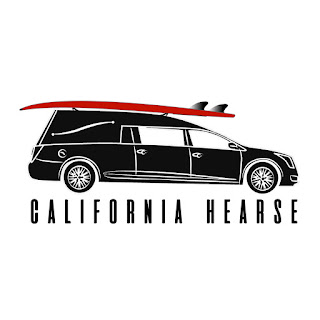 The first track on the EP is named Welcome Home. Straight away you can tell that this would be a much poppier outing compared to the duo's former band. As soon as the vocals come in, there's this great bouncy energy that gets me very engaged in the song. Welcome Home is packed full of hooks and, after a few times listening to the song, I keep finding something else that grabs my attention. The way that the band ramp up the energy on the final verse is outstanding, it really had me smiling whilst trying to sing along. The second song on the EP is titled Used To Be. It's a sad song about missing a departed loved one and remembering the insignificant things like how they'd always sit in the same place. Despite the sad message in the song, it's a catchy song that does a great job in grabbing the listener’s attention. Of course, the line that stands out the most is "where you used to be" which is sung with a great amount of sadness.

Best Worst is my favourite type of pop punk – fast paced guitars, rapid fire vocals and superb harmonies. After the solemn Used To Be, Best Worst gives the EP a real adrenaline boost. The energy in this song is overflowing as the band race through the first couple of verses and choruses leaving you breathless. This makes the moment when the song does slow down feel even more important as it builds towards that big ending with some glorious harmonies. The track is about wasting too much of your time on things you later realise are bad for you. Seriously, the harmonies at the end of the song – wow! After this massive energy boost the next song, Dissection, begins with the lyrics "so I get that you’re dead more inside than me." This is a slower tempo track that has more than a hint of new MXPX about it. The short, sharp way that the lyrics in the verse are delivered is a great contrast to the chorus that cries out to be sung along with. All together now "let's dissect our broken hearts, let's make maps of all our scars!"

The penultimate track is named Half Death. Opening with some buzzsaw guitars that bring the energy back up, the song is about being in the middle portion of your life and still living the same way that you did when you were younger. The saying "age is just a number" comes to mind when I think about this song. The fast paced vocals along with the simple drum beat give the song a fresh sound compared to the rest of the EP which is welcome. I'm really impressed with how California Hearse's lead singer can stick to this melody without the aid of a guitar to back him up. A great track, full of energy – lovely. The final song on the EP is named No Seoul. The track starts in a really slow and downbeat fashion as the band sing about living with depression and feeling beat up emotionally. There's a real dark and moody tone to the opening of the song as the band go through two verses before it builds towards the big ending with a superb chorus. It's a real solemn way to end what is a great debut EP.

The best way for me to describe this EP is by saying it's a modern take on Lookout records pop punk. I'm seriously impressed by the quality of the songwriting on the EP. It's pop punk but manages to feel varied and no two songs sound alike. To be able to release two excellent EP's in the same year shows some serious talent. I'm glad these guys are continuing to make music together following the end of their former band.

This review was written by Colin Clark.
Posted by ColinsPRW at 12:26:00