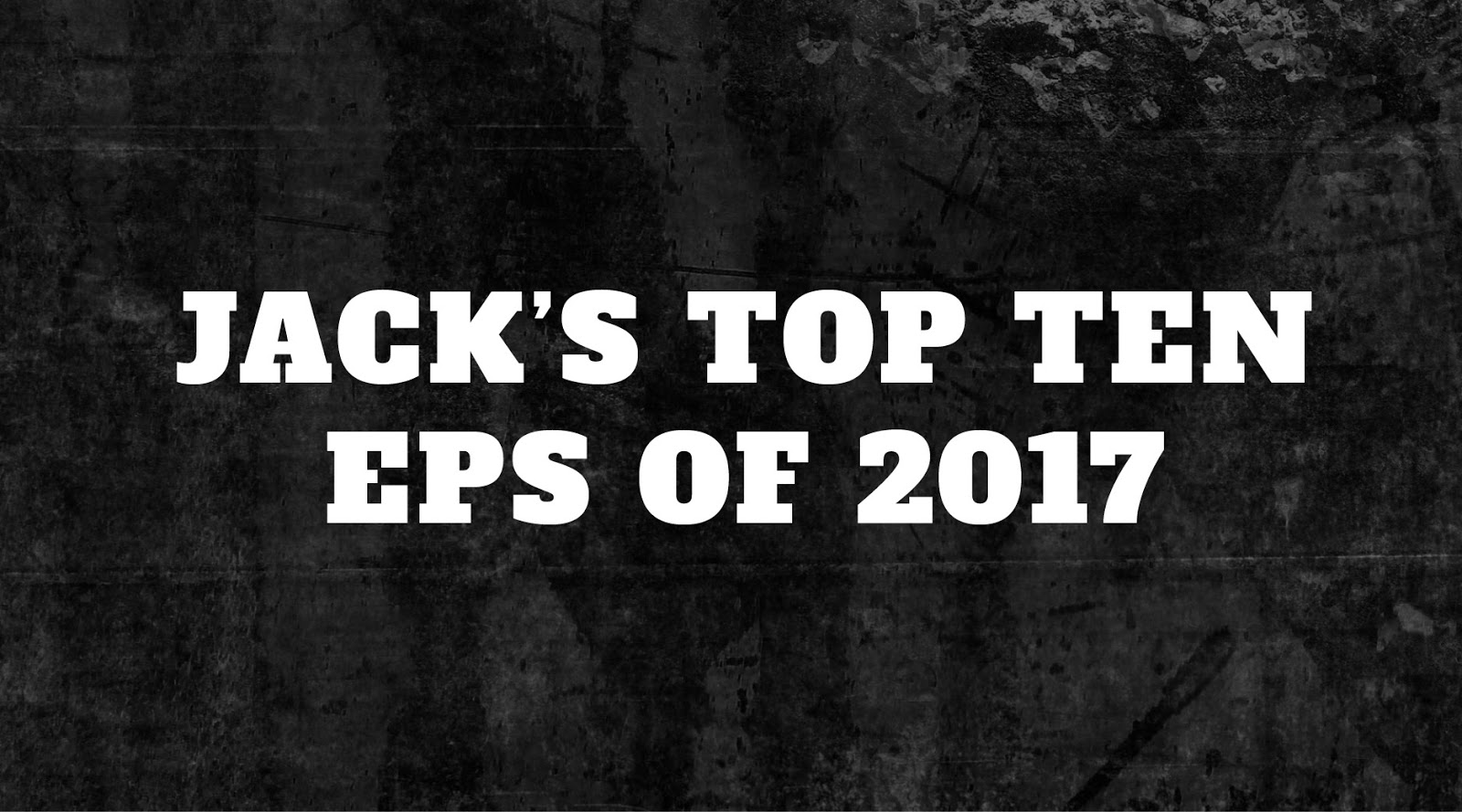 We can all agree that 2017 will go down as one of the best years for new punk rock music in a long while. In fact, drawing up a list of the 10 albums I liked the most, let alone raking them, was just an impossible task for me right now, so I have given myself until the very end of the year to do that, and instead I’ve decided to focus on the EPs that were released this year for this post.

EPs are so often disregarded in end-of-year lists – which typically prefer full-fledged albums – however they often contain some of the best independent music produced in any given year.

Or, from another perspective, here’s a list of bands you won’t see fill up an arena, but that you should definitely try to see at your local punk rock venue at the next opportunity.

10. First The Town, Then The World by Bare Teeth 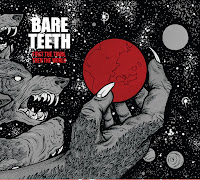 Bare Teeth are a band from Lille in France. I didn’t know anything about these guys until their 2015 demo surfaced the internet, gaining good impressions all around for their biting – pun intended – melodic thrashcore sound of the Propagandhi school of punk. It wasn’t a surprise to then see their debut EP released on pretty much all the labels that have been championing skatepunk in Europe and Asia – and I’m pretty sure this is just the beginning for this band.

You can stream First The Town, Then The World here / Vinyl available via Lockjaw Records and Morning Wood Records (among many others)

9. Sounds From The Massachusetts Turnpike by Rebuilder 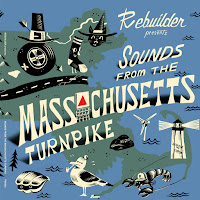 For the past 2 years or so, I have maintained that Rebuilder are among the most underrated bands in punk rock in the world. Period. In 2015 they released their first and only full-length album, Rock & Roll In America, which was one of the best albums of that year in my view (2015 was another great year for new releases). SFTMT, released this past September, is a pretty decorous follow-up to that album, preserving the same desperate lyrics, the same intertwined vocals over upbeat pop punk music, uniquely accompanied by a sumptuous organ in the background which always hits the right spot. I really hope to see these guys on this side of the Atlantic very soon. 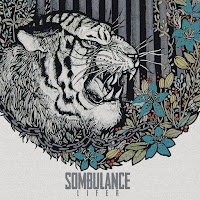 This EP had me at the cover art. Sombulance are a legendary band from Portsmouth, although I had not had the chance to listen to them properly until this EP was announced. Thankfully, what came with this awesome artwork did not disappoint. Lifer has everything I want from music these days: intricate riffs, fast drums, not-too-aggressive distortions so to exalt the guitarists’ technique, glorious vocals. Bonus: they sound exactly as incredible live.

You can stream Lifer here / Vinyl available via Lockjaw Records 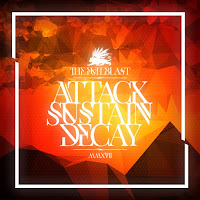 A true skatepunk hipster (is that even a thing?) would say “I knew The Fullblast before their bassist joined A Wilhelm Scream”. Well, I did not. But, if you’re anything like me, your eyebrow has just raised at the words “bassist” and “A Wilhelm Scream” in the same sentence. Indeed, before joining AWS to record the monumental Career Suicide, Brian Robinson played in another ridiculously technical, furiously fast melodic hardcore band, who released their latest album in 2004. More than a decade later, The Fullblast came back in their full formation – i.e. including Brian – to release an EP and tour across North and South America. But don’t be fooled by the association I’ve just made: Attack.Sustain.Decay does not sound at all like anything AWS, and yet manages to blow your eyebrows away from how good it is. In a word: insane.

You can stream Attack.Sustain.Decay here 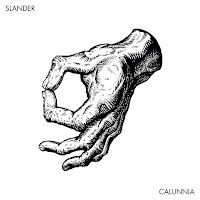 Slander are a thrashcore band from Venice, Italy. In the past few years, they have climbed to a certain prominence in the Italian hardcore scene, release after release and show after show, up to the point of becoming the face of a new generation of hardcore kids from the peninsula. A common trait of Slander’s discography is that their music is never obvious; however they probably outdid themselves in Calunnia, a key feature of which is the seamless blending of old-school HC beats and rap. Considering that these guys have toured as far as Kenya, it’s really a shame that they have not made it to the UK yet – hopefully that will happen soon.

You can stream Calunnia here / Vinyl available via FOAD Records

5. Alterations by The Burnt Tapes 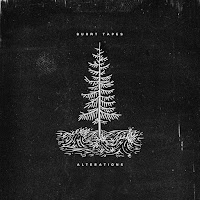 Punk rock is a genre that can be slow at renovating itself, and sometimes it struggles to find the tone which makes it relevant to current times. In the UK, the face of this innovation are The Burnt Tapes. In Alterations, they mould the “traditional”, Fat-Wreck-inspired punk rock into a more delicate, darker and jarringly beautiful sound which reminds me of PUP or the “new” Flatliners. I can’t hide it – I’m quite excited for the future of this band!

You can stream Alterations here / Vinyl available via Umlaut Records 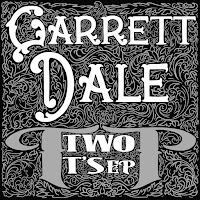 Garrett Dale is the lead guitarist and singer for the band Red City Radio, from Oklahoma. This may be an overstatement, but RCR in my opinion have revolutionised punk rock in the past decade. And that, at least in part, is thanks to Garrett, who in his first EP as a solo artist showcases all his songwriting talent. Mostly his voice and an acoustic guitar, although not lacking some interesting arrangements at times, this EP contains all the bitterness, grittiness, and melancholy that Garrett got us used to so far. A magnificent bummer, this EP might cause listeners to stare into the abyss while contemplating the lack of any meaning in this life.

3. Formaldehyde by On A Hiding To Nothing 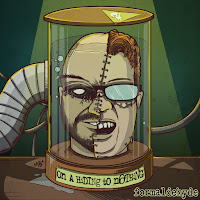 For those like me who were maybe just too young – or lived in the wrong place – to fully enjoy the golden age of California-style skatepunk in the 1990s, On A Hiding To Nothing are a little hidden treasure to be guarded at all costs. Marking the second release by the London-based band, Formaldehyde is a turbocharged 15 minutes of bangers which will make you want to dance and sing and stage dive like it’s 1996 again.

You can stream formaldehyde here / CD available via Umlaut Records

2. Adult Braces by No Trigger 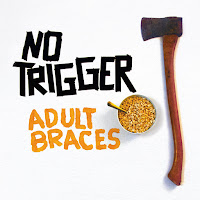 This was probably the release that got me most excited this year. I have spent the past 10 years in adoration of No Trigger, but I was also extremely nervous at the prospect of never being able to see them live, as they hadn’t released anything in ages. Their social media profiles were mostly silent, if it wasn’t for the odd tweet or reply which gave me – what seemed – false hope. Until this summer when, like a bolt from the blue, they announced it all at once, a new EP, a new tour, they were back. Because you have got to give it to them: at a time when nostalgia-fuelled tours are announced every week, they could have easily just jumped on a van and played the same old songs, but instead they wanted to reward their fan’s dedication with new songs. That’s awesome, right? And yes, alright, Adult Braces is not their best material – I wonder if these were songs cut out of previous albums that they recorded for this EP, as I doubt they could have written these songs in such a short period of time – but honestly, nobody quite writes a chorus like No Trigger, and Holy Punks is probably the single greatest song about ageing as a punk rocker. But that doesn’t matter. No Trigger are back, baby.

1. Deep In A Hole by Such Gold 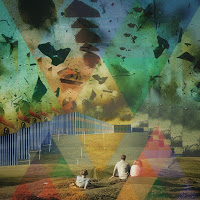 It scares me how much I liked this EP since the first time I listened to it. What genre do Such Gold play? Pop punk? Melodic Hardcore? Emo? Progressive Rock? Who cares?! Song after song, this EP does not cease to amaze you, taking you to places you weren’t expecting and you never knew you could love this much. I want these guys to come to the UK as soon as possible, I-WILL-NOT-MISS-THEM-LIVE-AT-ANY-COST.

This end of year list was written by Jacopo Genovese.
Posted by ColinsPRW at 10:22:00

Email ThisBlogThis!Share to TwitterShare to FacebookShare to Pinterest
Labels: Top 2017