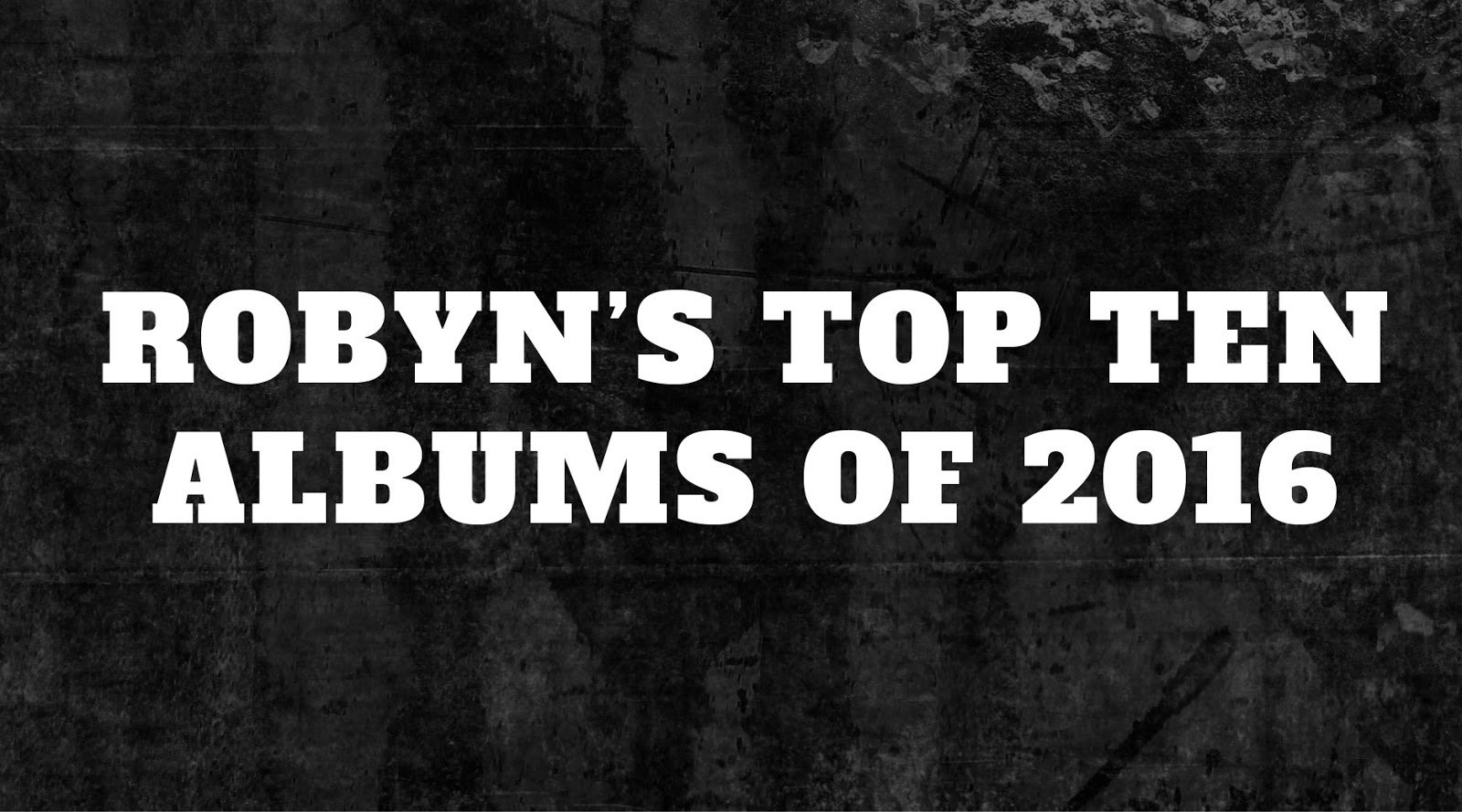 This year has had some dark moments, particularly with the global move to the conservative right, but we haven't been short of awesome music to help weather the crises. Beyond the obvious political blunders, these albums got me through a lot writing (three drafts of complicated philosophy and literary theory, and the longest literature review known to man) and a lot of Joburg driving. It was tougher than I expected to get down to ten, even tougher to try and put them in some sort of order, but here are the albums that I really enjoyed this year.

10. State Is Burning by Useless ID 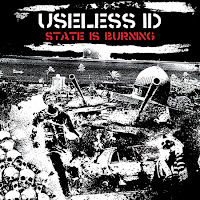 Useless ID just keep churning out great albums. This record does feel somewhat different from what they've done before though - a little more energetic with faster melodies and gruffer vocals. Yotem's vocals are a huge part of the reason I like this band so much, and I enjoy how he moves from the rough and blunt verses to the soaring, slick choruses. Another solid album from a consistently awesome band.

9. A War Against You by Ignite 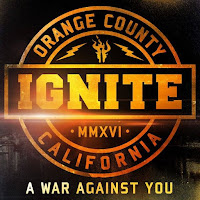 When Ignite dropped this in January it had been ten years since their last album, and I don't think it disappointed anyone. 2016 really needed Zoli's sociopolitical lyrics and impassioned vocals, although we didn't know it back in Jan. This band is actually a little outside of the type of vocals I usually like, veering towards metal, but it just works so well with the thick and gutteral guitars. This album makes me feel empowered no matter what it is that I'm doing. In fact, this is the album I was listening to when I registered for my PhD at the start of the year. It's 'epic' quality makes it the perfect accompaniment to major life events.

8. To Be Everywhere Is To Be Nowhere by Thrice 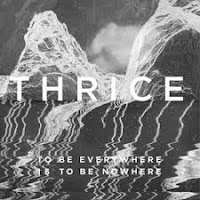 I'm one of the diehard fans that has stuck with Thrice since their punky beginnings, through their experimental Alchemy Index days, to their newer offerings. I haven't always loved everything they've put out and I've definitely missed the energy that their earlier stuff had, which is why I was so happily surprised by this album. This is probably the best album to come from Thrice since Vheissu. There are even songs on this record that could sit comfortably on The Artist In The Ambulance. I also like the album's political focus, with tracks like 'Blood on the Sand', 'Black Honey' and 'Death from Above' speaking out against war and U.S. foreign policy. Overall, the record is powerful, captivating and thought-provoking. 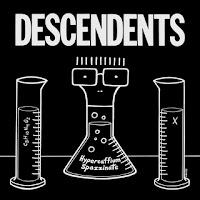 This album is such a gift to the punk community. I don't think there's any major pressure on the Descendents to bring out new material, they just do it for a real love of writing and playing music. Hypercaffium Spazzinate is a joy from start to finish, but I particularly like 'No Fat Burger' (because we all like food, but we all have to think about what we eat once in a while) and 'Smile'. 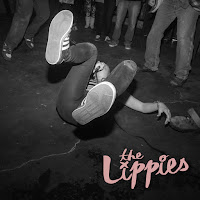 The Lippies were a feminist pop-punk band fronted by Tonia Broucek. They shone so brightly and so briefly this year, releasing their self-titled album in March just before breaking up in April. Brett (my boyfriend) sold the band to me as The Ergs! meets Paramore (Riot! era), and we both immediately liked them. We later found out that Tonia was actually pulled on stage to sing 'Misery Business' at a Paramore show. There's definitely a Hayley Williams-esque quality to the vocals, but the songs are more gritty and the bass lines remind me of The Bouncing Souls. The album is quite dynamic, moving between catchy pop-punk songs like '302' and 'Hot Air Balloon' (probably my favourite track), and ukulele ballads 'Basic Boy' and 'It Boils'. I found this album fresh, yet familiar, and so catchy that I caught myself singing it everywhere. These guys had so much promise that I really wish they'd kept going, but I guess we've got to be happy with the songs we do have.

5. Shape Shift With Me by Against Me! 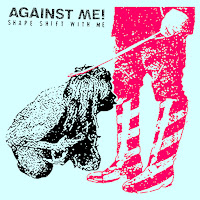 In many ways, Shape Shift With Me feels like a natural progression from Transgender Dysphoria Blues, with its continued focus on trans experience. I liked certain tracks on Transgender Dysphoria Blues but didn't really get into it as a whole. This record feels a little more open and fun, despite some darker moments. It's full of catchy melodies and there are some great changes in mood - like going from the poppy up-tempo song 'Crash' to the groovy angst of 'Delicate, Petite & Other Things I'll Never Be'. I found myself liking different songs at different times, but always listening to the album the whole way through.

4. Gather Up The Chaps - The Falcon 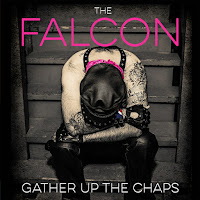 Ah man, how lucky were we to get another offering from punk supergroup The Falcon this year? Gather Up The Chaps is good, dirty, slightly cynical fun. I love the opening to 'Hasselhoff Cheeseburger' (a dark and humourous title, as you'd expect) with its oddly ska/punk/bluesy/rock mishmashed sound. 'If Dave Did It' is also the closest we've got to a new Loved Ones song in ages (and I'd be REALLY stoked on a new Loved Ones album). 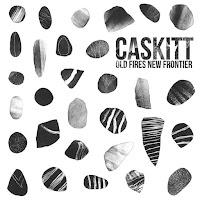 I discovered Caskitt this year while listening to a mix of Fest bands. They've been around for a while, releasing an E.P. in 2013 and a previous full-length in 2015, but this is the album that really captured my attention. These guys produce high-quality melodic punk that is intricate and carefully crafted. I was so impressed with their live show at Fest (hot damn they're good musicians), and I wouldn't be surprised if they're playing a bigger venue next year. This album also deals with important issues, like the media, rape culture, and immigration. 'Someone, Somewhere' and 'Old fires New Frontier' are stand-out tracks, but the "boys will be boys, will be boys, will be boys, don't believe that lie, it's just fucking noise" refrain in 'Short Shorts' is my favourite moment on the album. If I ever write the eco-feminist critique of Mad Max: Fury Road that I've been wanting to do I may just have to make that the title.

2. The Dream Is Over by Pup 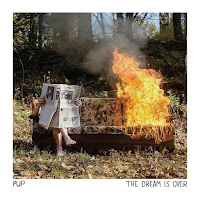 I discovered Pup last year and revelled in their brash, raw melodies. There's also a spirit of togetherness in Pup that is uplifting. They seem to have drawn in many fans in a relatively short space of time. This album is essentially a massive middle finger to Stefan Babcock's doctor, who told him that his vocal chords were wrecked and his dream of singing in a punk rock band was 'over'. I like this central theme of confronting and overcoming challenges, and the album really is a triumph. The songs have the same aggression and raw energy that their self-titled did, but it feels more refined. The Dream Is Over also has some of the best gang vocals I've heard in a long time. Long may Pup continue! 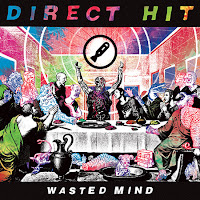 Trying to decide between Pup and Direct Hit! for the top spot was like trying to choose between two different flavours of five-star cuisine. Wasted Mind won just because it's such a strong, melody-driven, bright, and edgy pop-punk record (and I loved it the most, obvs). I adored this album on first listen and proceeded to play it over and over again. Every song is a gem. I eventually had to stop listening to this album while working because it inevitably became a party for one (I dare anyone to listen to 'Paid in Brains' and not feel an urgent need to move your body). I'll be listening to this well into the new year.

Honourable mentions (courtesy of Brett, who inevitably fought me on this top 10): Pkew Pkew Pkew - S/T, Face To Face - Protection, Mute - Remember Death, Worship This - Mint.
Posted by ColinsPRW at 14:12:00

Email ThisBlogThis!Share to TwitterShare to FacebookShare to Pinterest
Labels: Top 2016