If you were to Google famous bands from Colchester (why you would I don’t know?) the only band that really gets mentioned is Brit Pop legends Blur. Other mentions I found were West End “star” Darren Day, guitarist Paul Allender from death metallers Cradle of Filth and apparently Jay Kay of Jamiroquai went to school at Holmwood House Preparatory School. Not exactly a massive list of stars even though they are all standouts in their respective genres. Now though there is a new band that we can add to that list of famous Colchester bands because coming out of the New Town area of Colchester is the New Town Kings. They are about to become huge! 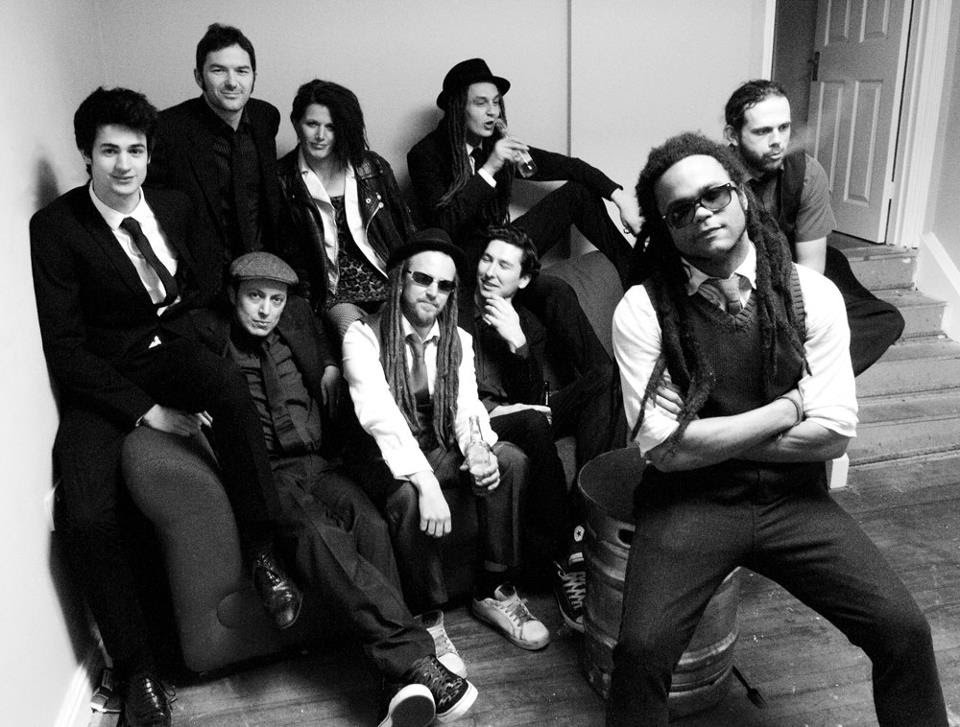 For those who are unaware the New Town Kings are a nine piece ska band who formed in 2004.  Influenced by bands such as The Slackers, The Skatalites and The Specials the ska music they play is a modern take on the more traditional sounding ska from Jamaica in the 60’s rather than the popular ska punk sound that is more associated with ska these days. They have released two full length albums named Sound of the New Town and MOJO and more recently an EP named Pull and Rewind all of which are fantastic. All of these releases are perfectly produced and feature a wide range of instruments to create a wonderful ska sound. The songs are incredibly danceable and you will find yourself breaking into a skank when you’re listening to it anywhere.

Like all great bands the New Town Kings are at their very best when they are playing live. I’ve had the pleasure of seeing them five times live and every time I’ve left the gig with a huge smile on my face. Very few bands can get a room moving like the Kings can. Whether it’s the relentless engine room of the bass, percussion and drums or the upbeat guitars, the brilliant brass section or front man Dabs endless enthusiasm there is not a weak link in the band. A good testament of how good the musicianship in this band is this: in 2012 original front man Chris left the band. For most bands this would spell certain doom. Happily this wasn’t the case with the New Town Kings. They went out and found Dabs and flourished. I never had the opportunity to see Chris play with the Kings but after speaking to some real old school fans and they were saying it doesn’t matter who sings for them, the band are so good it doesn’t matter.

Something I really love about New Town Kings gigs is the variety of different people who attend their shows. You get men and women of all ages; you get street punks mixing with housewives and grandmothers. I remember seeing them at the Camden Underworld and finding myself dancing with an elderly lady with a walking stick. She kept telling me that these guys are “bloody brilliant.” I think she may have had one too many cherries, I thought she was bloody brilliant. There are very few gigs where this sort of thing would happen.

It’s a matter of when and not if the New Town Kings blow up. I can’t wait for them to make you rock and make your boots swing. (That’s a poor attempt to use their lyrics to finish the post)

Email ThisBlogThis!Share to TwitterShare to FacebookShare to Pinterest
Labels: Introducing