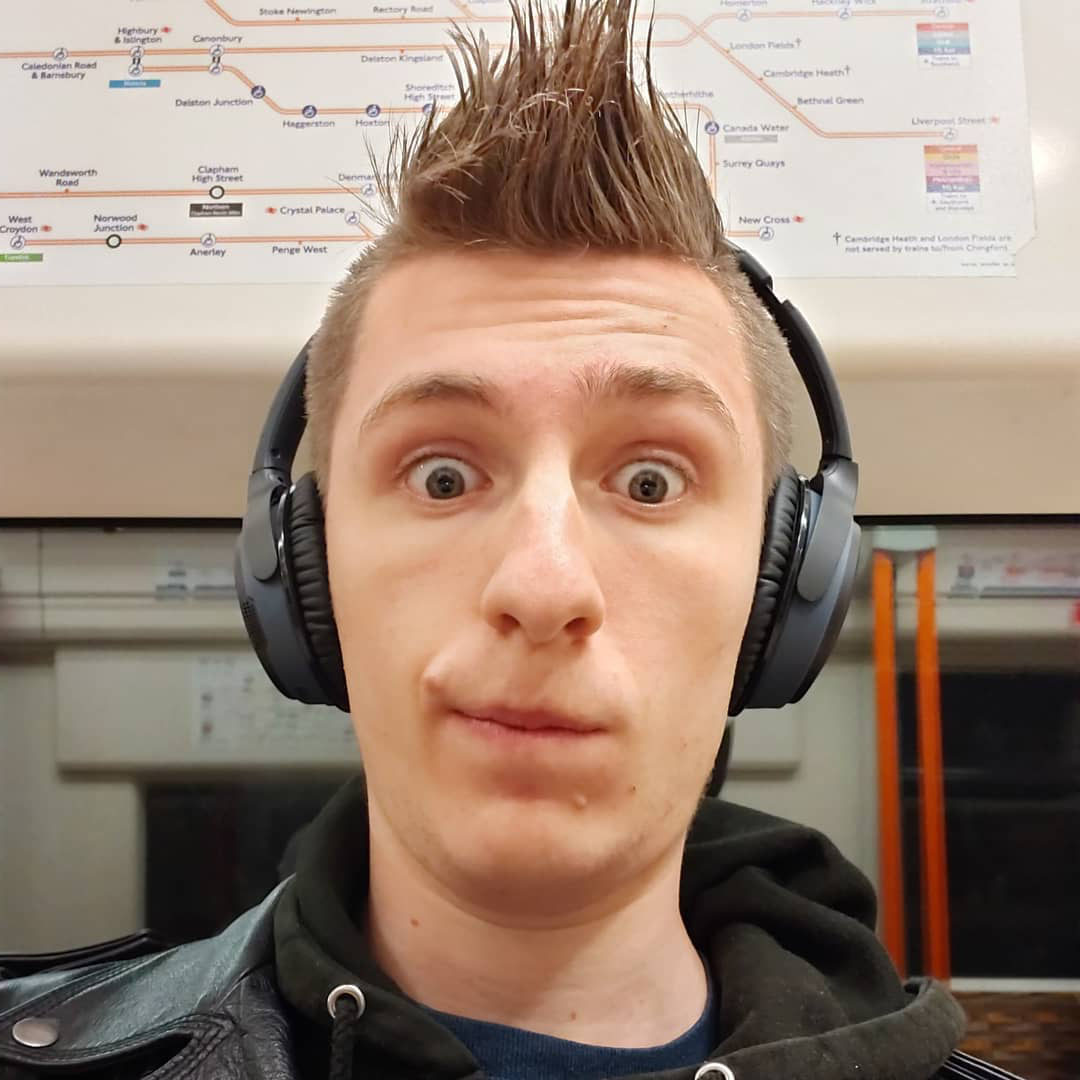 Gateway Band?
Being an angry at the world teenager, it's no wonder my gateway band was Anti-Flag. When I got For Blood And Empire, I felt everything click into place. There was a band angry about the world like me, and they showed me the world was not ok the way it was. This then started me down my punk rock path!

Favourite Album Ever?
Wasted Mind – Direct Hit! It's perfect front to back, it's exactly what punk rock should sound like in my head. A concept record about drugs with every song sounding different enough to stand on its own, but still fitting in the band's style, and topped off with awesome production. Also, "Do The Sick" is the best song to stick on when I feel dreadful!

Guilty Pleasure?
I like Falling In Reverse. It's really not a good thing, I can't justify it, but I really like their first 3 records…

Favourite Gig?
I think when I was 16 and I saw Mindless Self Indulgence. It was the first gig where everyone in the room got it and it felt magical. Their supports were The Dead Betas and The Red Paintings which both paired perfectly with MSI, who played damn near perfect. I think the reason it still hasn't been topped for me is because it was such a game changer on how I see gigs now.

Favourite Venue?
New Cross Inn is the venue where I always seem to see so many pals, so it's my favourite 'cause it feels like a real community there!

Silliest Thing Done For Punk Rock?
A whole 3 days after passing my driving test I drove about an hour and a half from work to Portsmouth to go to a show. No one died but it was quite silly…

What To Buy You If I See You At A Gig?
If you can somehow get a milkshake at the bar… Milkshake, please!

Band You've Seen The Most?
I must have seen Launch Control at least a few times each year, they are my favourite local band and are long term friends. If I'm free and they are playing a show nearby, I will be there.

Band You Wish You Could Have Seen?
By the time I got into the Mixtapes, they had already broken up. Here's hoping for a reunion UK tour – they still have some of the best punk pop songs ever written…

What Punk Rock Means To You?
To me it's two things: community and self-betterment. The community is the obvious one, in that it's about the friends we make and support which makes the punk scene as friendly and inclusive as it is. Self-betterment is the most punk thing I can think of, if you keep pushing yourself to get better in aspects of life, whether it's in your knowledge of subjects, your quest to become a kinder person or just trying to make the world a better place through tolerance and your actions. That's why I believe being punk inherently has to be Anti-Racist, Anti-Sexist and Anti-Homophobic, otherwise it's a scene where I would not belong at all. If everyone was my sort of punk rock, the world would be fixed.

Other Interests?
If I'm not doing something to do with music, I'm playing video games!