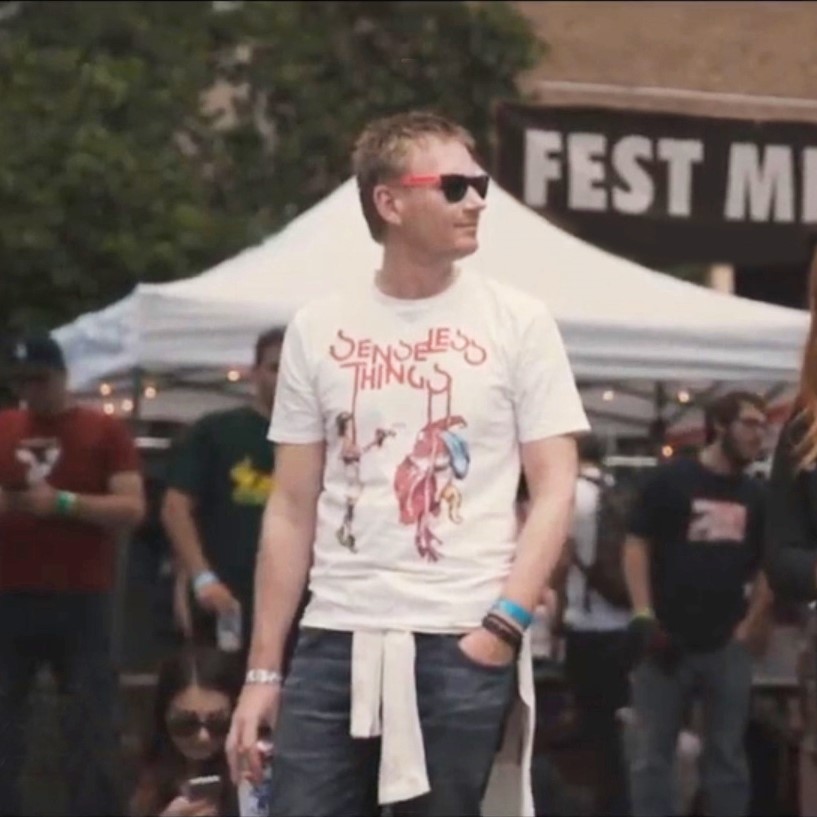 Gateway Band?
Green Day. I was into the alternative/indie scene, but hearing Kerplunk era Green Day made me realise there was a different sound out there that I instantly loved. I was aware of punk, but at the time didn't love it. The original UK punk bands seemed like ancient history and the American punk bands like Minor Threat/Black Flag/Dead Kennedys, were too hardcore for my tastes then.

Favourite Album Ever?
There are countless brilliant albums that have been influential and defining, but as this question says favourite rather than best I'm going to go for Heart Beats Pacific by Banner Pilot. They say that Banner Pilot only have one song, but wow… who cares when that *one* song is soooo good!

Favourite Gig?
The Senseless Things reunion gig at the Shepherd’s Bush Empire a few years ago was pretty special for me and a lot of my generation. And yes, they're punk, not fraggle.

Silliest Thing Done For Punk Rock?
I gave up a university place because I wanted to move to London to watch more bands.

What To Buy You If I See You At A Gig?
Pint, please.

Band You've Seen The Most?
There are a great many from my youth, like Leatherface and Snuff, that I lost count of the number times I saw them. More recently, if I had to guess, I'd go for Against Me!

Band You Wish You Could Have Seen?
The Clash (obviously), The Jam, Dead Kennedys (with Jello), Operation Ivy, Hüsker Dü, Enemy You.

What Punk Rock Means To You?
It's where I've always felt totally at home, what I always return to, what I will never grow out of, what I never grow bored of.

Other Interests?
I could watch football of any level, live or on the telly, any day of the week. Champions League or at Champions Hill, I don't mind. When I was younger I'd enjoy days out going to different grounds in England. Now I'm older, I'm ticking off the countries I've seen games in (Spain, Italy, France, Germany, Belgium, Portugal). I'm also a bit of vinyl record collecting nerd.