I don't go to that many big academy shows anymore but when a line up like the one I saw on Monday night is announced it's impossible to miss. Ska punk legends Reel Big Fish were in the UK on a massive tour and had UK genre stalwarts [Spunge] and Lightyear as supports. All three of those bands played a very formative role in my love of punk and ska and getting the chance to see them play a show together was a marvellous opportunity.

Throughout the tour, [Spunge] and Lightyear had been rotating main support slots. On this occasion it was the turn of [Spunge] to be main support which meant Lightyear had the task of opening the night. For this tour, Chas, Neil and Ben would be joined on stage by Pook from Redeemon, Bob from The JB Conspiracy, Ric from Eat The Evidence and their usual stage tech Calvin. Unfortunately, part way through the tour Neil got sick so wouldn’t be able to play. In true Lightyear style though, the band played on and still gave a very memorable half hour. Within seconds of the first song, Chas was in the crowd screaming down the mic to a very bemused crowd. Whenever I see Lightyear I always wonder what the uninitiated must be thinking. With just a half hour set to work with the band zoomed through their set, packing in as many songs as possible but also finding time for all of the usual Lightyear shenanigans including the Morris dancing breakdown during Blindside and Chas coming out to the Black Beauty theme whilst dressed as a jockey riding Pook who was dressed as a horse. Playing favourites such as Life Jacket, Water Wings, Positive Outlook and a new song which I've forgotten the name of before finishing with A Pack Of Dogs where they set up the drum kit in the crowd so their usual drummer Jim could finish the track, Lightyear proved once again why they are one of the most entertaining live bands ever. Massive respect to the stand-ins helping them out. They all did superb jobs. 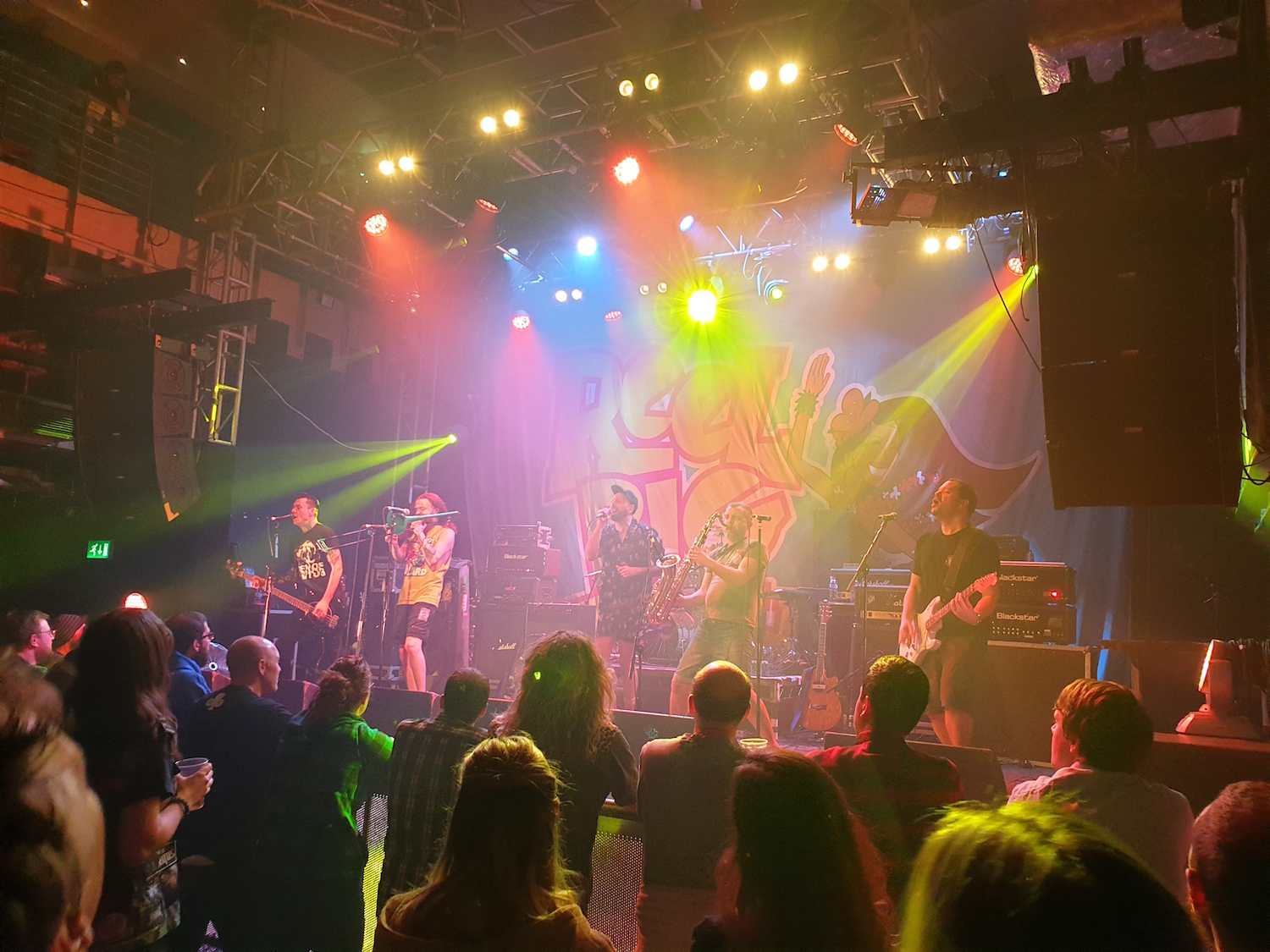 Up next were [Spunge]. Regular readers of CPRW will know what an influential band they were/are for me. Basically, without [Spunge] I would never have found the world of underground punk and ska and life would be very different (perhaps I'd get more sleep and spend less time on trains?). By this stage of the night, the Islington Academy was already pretty full and I was pleased to see the crowd being extremely receptive. Recently, the band released a brand new live album titled Live In 'Nam… (Cheltenham) and would be playing that set throughout the tour. It's rare for a band to announce their set beforehand but I thought this was a great idea for new listeners of the band to get a feel for what to expect and learn some words. It was a best of set, with the band playing through their most beloved songs. It always puts the biggest smile on my face when I get to sing and dance along to favourites such as Roots, Skanking Song, Some Suck Some Rock, Jump On Demand and Kicking Pigeons. The band were on top form, though I don't think I've ever seen them play a bad set. During the set, the band gave us a bit of a surprise when they played a brand new song titled No One Said It Was Easy. When I heard it on Spotify when they first released it, I quickly fell in love with it and it was fantastic to hear the song live. I love that [Spunge], after all these years, are still passionate about writing new music and it's still so good. For me, [Spunge] are a timeless band who I will happily listen to and go and see live for as long as they keep going. They haven't stopped in twenty years so I hope it won't end anytime soon! 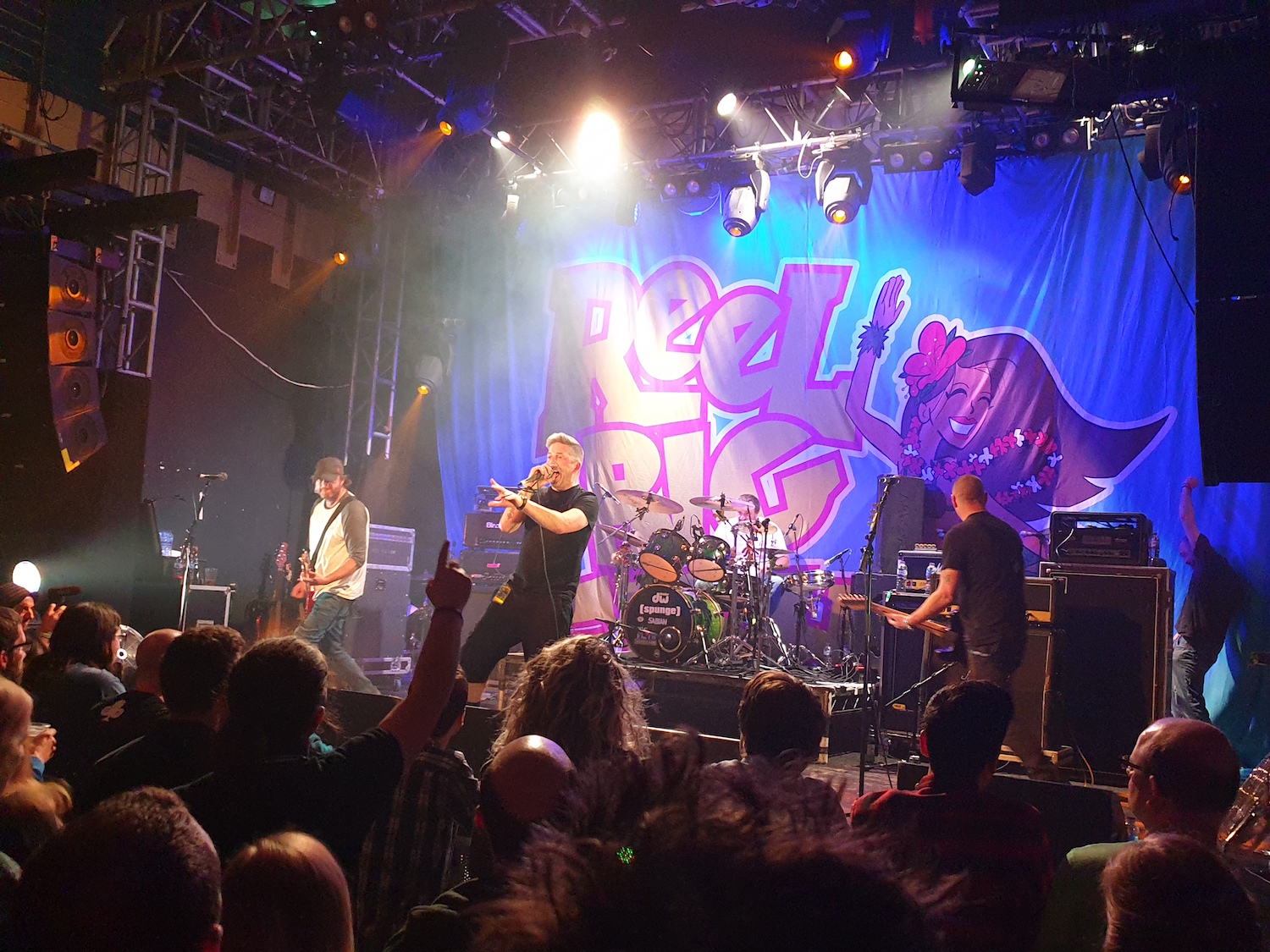 It was now time for Reel Big Fish. One of the biggest names in ska punk were back in the UK touring their newest album Life Sucks… Let's Dance. By this point, we've all seen Reel Big Fish countless times so you know pretty much what's coming. That, however, never stops it being a lot of fun! From the start, the packed crowd were gleefully skanking and moshing but then three songs in they played Sell Out and the wildness of the crowd went up a lot of notches. Of course, I enjoyed all the old favourites but it was also very nice hearing songs from Life Sucks… Let's Dance live for the first time. For various reasons I haven't listened to the new album yet, so it was very refreshing to hear brand new Reel Big Fish songs live for the first time and I have to say I was very impressed. The tracks fit into their set wonderfully. Of course, it wouldn't be a Reel Big Fish show without some covers thrown in, the standard Monkey Man, Brown Eyed Girl and Take On Me were all played but there was also a brilliant moment that caught me off guard where they played a ska version of Jimmy Eat World's The Middle. This went down very well with a lot of the crowd. There's a reason Reel Big Fish have been as popular as they are for such a long time (they formed in 1991!), they're the very best at what they do. Not only do they write incredibly catchy and danceable tunes but they know exactly how to entertain a crowd when they perform live. This is why people continue to come out to see them over and over again, you know you're guaranteed a fantastic night. 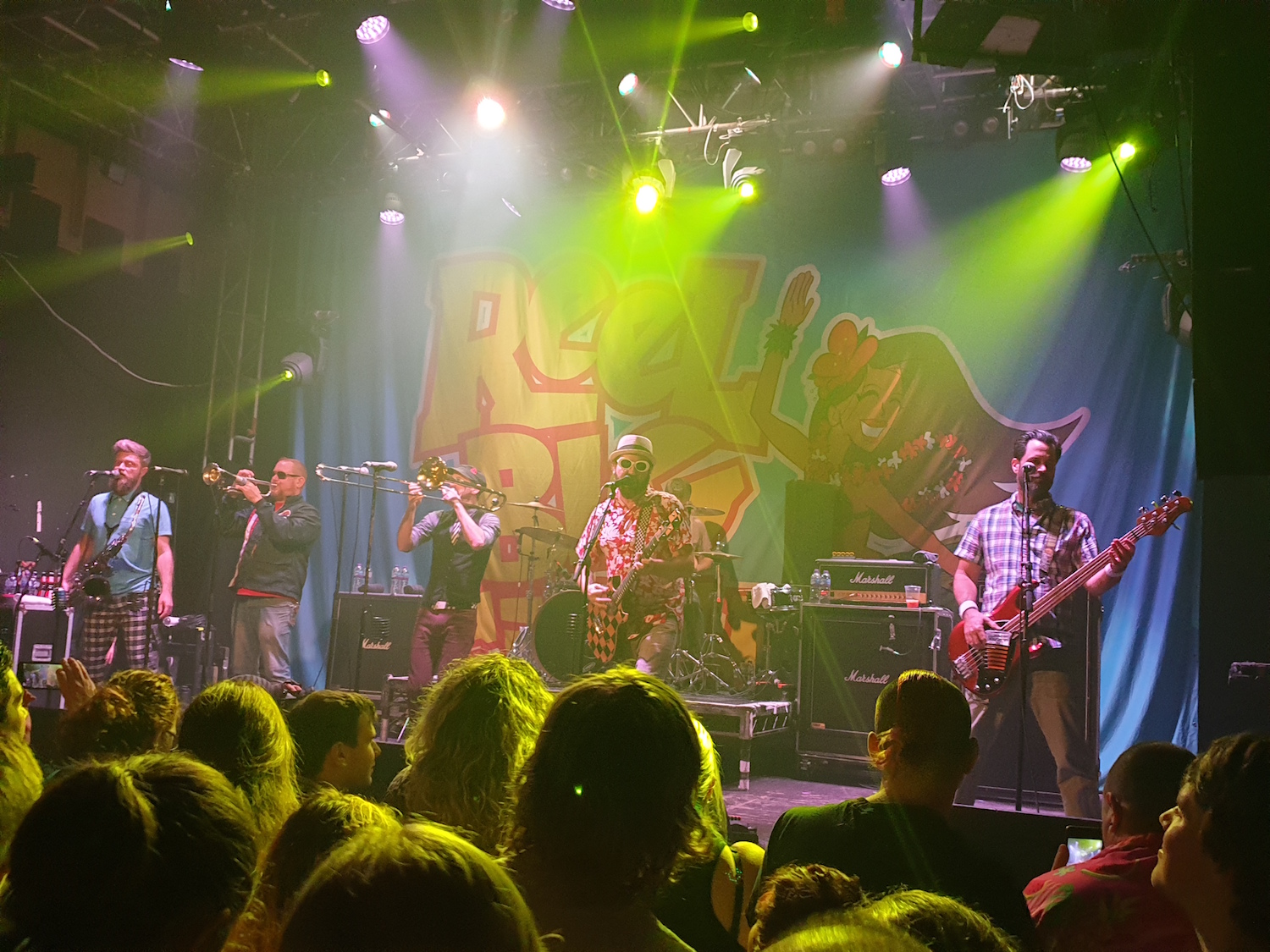 As big package tour ska punk shows go, I can't think of many better that I've been to than this once. In my eyes, I got to see three legendary bands in the genre and had a great time singing along to so many classics from all three bands surrounded by great friends. Big love to the whole crowd, I was flyering Do It Together Fest after the show finished and met so many lovely people.

This gig review was written by Colin Clark. (Photos also by Colin.)
Posted by ColinsPRW at 12:19:00