I've been to a lot of gigs over the years but I have never managed to get to one on my birthday. It was a bit of a bucket list thing for me to accomplish and finally the opportunity arrived. I'd known that my favourite French punks Quitters were planning a UK tour for January for a few months so had been keeping my eyes peeled for the official announcement. When it was finally announced, the first thing I noticed was that Bristol punks The Run Up would also be on the tour - which excited me greatly. Then I scanned the dates and two really stood out to me. First the London show was on Thursday 25th January at The Windmill in Brixton so I wouldn't need to book time off work for that one - bonus! Then I noticed the Bristol night of the tour at The Exchange fell on the night of my 32nd birthday, the 21st of January. Without putting too much thought into it Emma and I hastily sorted out time of work, booked trains and a hotel and eagerly awaited the day to arrive.

This would be our first time visiting The Exchange in Bristol having only previously visited The Fleece on our punk rock trips. Before it was time for the gig we popped into the Exchange which by days is a coffee shop downstairs and the excellent Specialist Subject record store is based upstairs. £70 later we came out with some great purchases and prepared for the gig in the evening. Returning to the venue, we found that the gig would actually be taking place in the café section of the Exchange so would be super intimate. After a quick chat with Daniel and Charlie from The Run Up (two really nice guys) we claimed a spot and got ready for the first band of the evening. 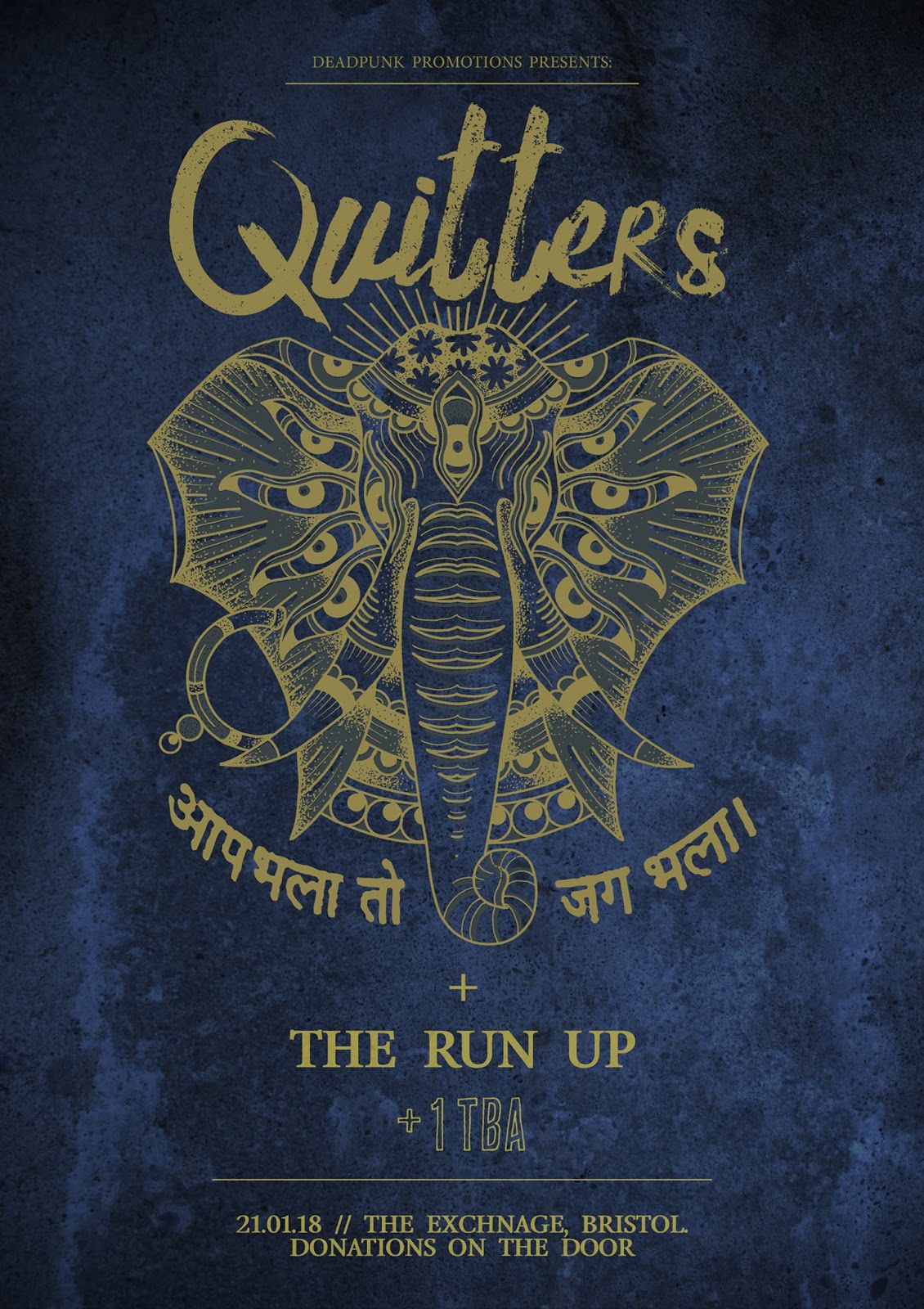 That first band were five piece pop punk band These Five Years from Cardiff who were actually playing their very first show outside of Wales. I'm the first to admit I'm always a bit apprehensive when it comes to new pop punk music, as I'm not massively keen on it, but These Five Years won me around very quickly with an energetic and charming display. The band have just released a brand new EP titled How It's Been and played some songs off that along with some others - all of which sounded great. These guys could be the next big UK Pop Punk band. Check them out. 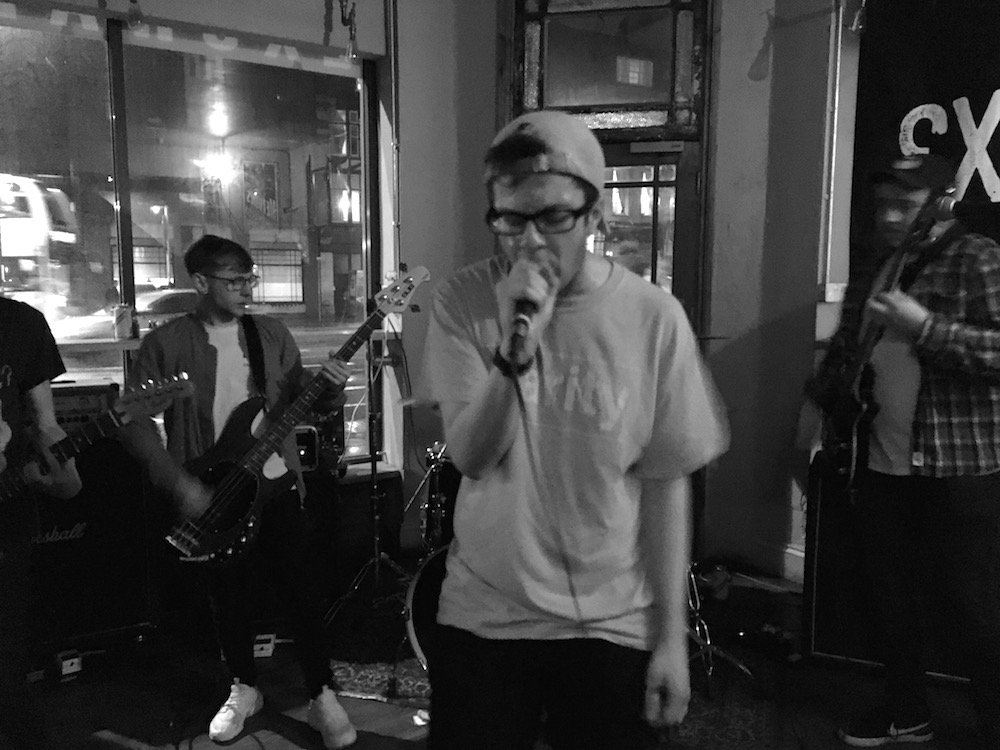 Next up were the brilliantly named Bristolian three piece TIE Fighter Pilot. I instantly loved this band. Playing a concoction of melodic, skate, gruff and indie pop punk, they're a band that are very hard to pigeon hole. They are also a band that play with a lot of energy and have big smiles on their faces between tracks. The set flies by as I enjoy each track more and more until they come to their final song, Bang On.  This is a nice little ditty about growing up and wanting to be in a band. Something I really enjoy about going to shows in different towns is the different array of local talent you stumble upon and I'm so pleased I got to see a great band in TIE Fighter Pilot. I'm not sure if they've found their way to London yet but I can only imagine they will make some more fans when they get there or wherever else they end up playing. 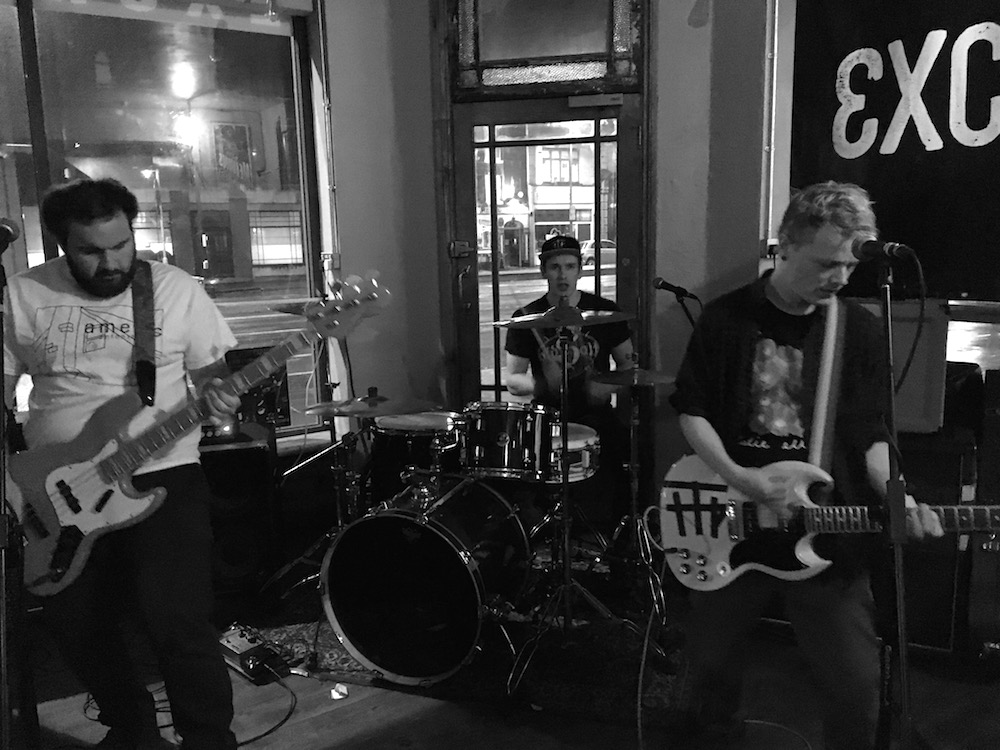 The third band of the night were Quitters. The Montpellier based indie punk band were playing only their second ever show in the UK. Their album Good Night Memories was one of my favourites of 2017 so I was really looking forward to seeing the four piece live. Starting out with the introduction from Good Night Memories, it was immediately clear what a talented bunch of musicians the four gentlemen in Quitters are. Then they launched into the actual songs and I was just blown away from start to finish. Unfortunately there was a bit of a problem with the volume of the vocals but, it's a punk show after all, it's not supposed to sound perfect. This didn't stop my enjoyment of Quitters one bit and neither did it of anyone else in the Exchange. At one point the gentlemen stood next to me pulled a harmonica out of his pocket and began to jam - he was enjoying himself so much. That's not something you see at every gig. The two biggest highlights of the set for me were The Brighter Shades Of Time and Why Should We Burn Our Lives? but in truth everything was absolutely golden. What a great band Quitters are. 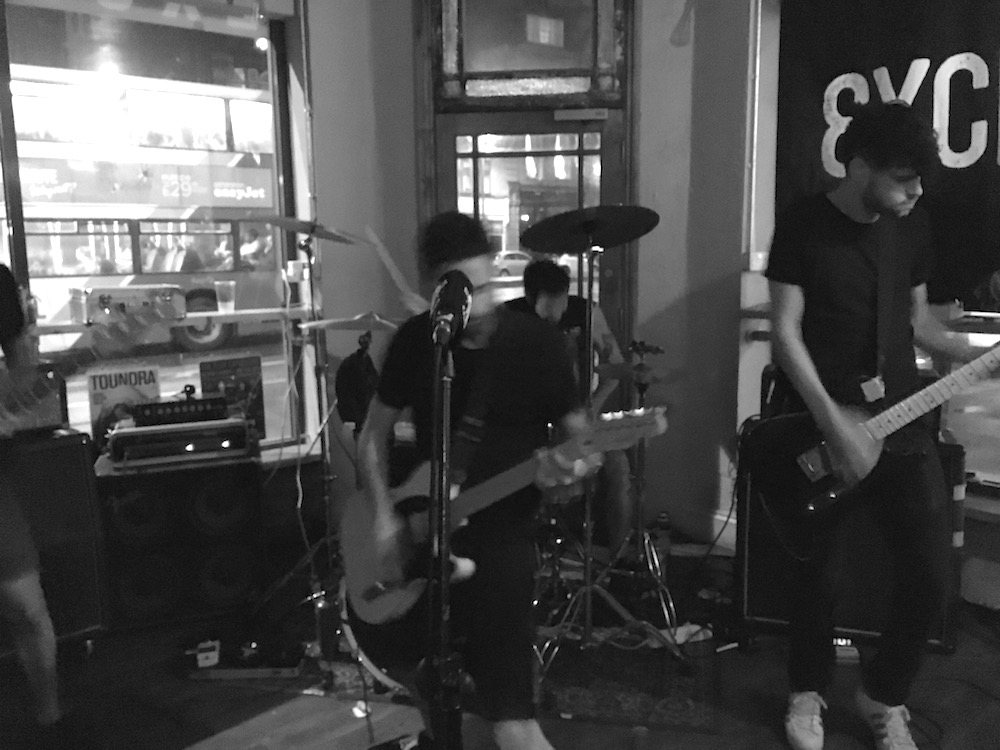 Finally we had hometown heroes The Run Up. We last saw The Run Up last summer at The Unicorn in Camden at what was one of our favourite gigs of the year so we were looking forward to seeing the five piece again, on their home soil no less. The band had a new face with them this time, as regular guitarist Nick was unable to make the show, so a chap by the name of Dave stood in for him and did a sterling job. This was also our first time seeing The Run Up since they released their excellent self titled album so I was quite looking forward to hearing those songs played live. As much as I enjoyed them on record, live they took on a whole new life. Songs like WKND and Learning Loss are made for a live setting with their big shout-along choruses. The Run Up are one of the best bands in the UK in my opinion and are just getting better and better. Front man Larry is a man that's hard to take your eyes from, strolling around the front of the stage (there wasn't a stage at the Exchange but you know what I mean) with a casual coolness that I couldn't help but enjoy. Charlie (guitar & backing vocals), Dan (bass), Dave (guitar) and Harry (drums) all proceeded to rock out behind him to create an awesome visual. The Run Up are an awesome band who should continue to grow a bigger and bigger following. They also dedicated their final song to me which was a lovely. 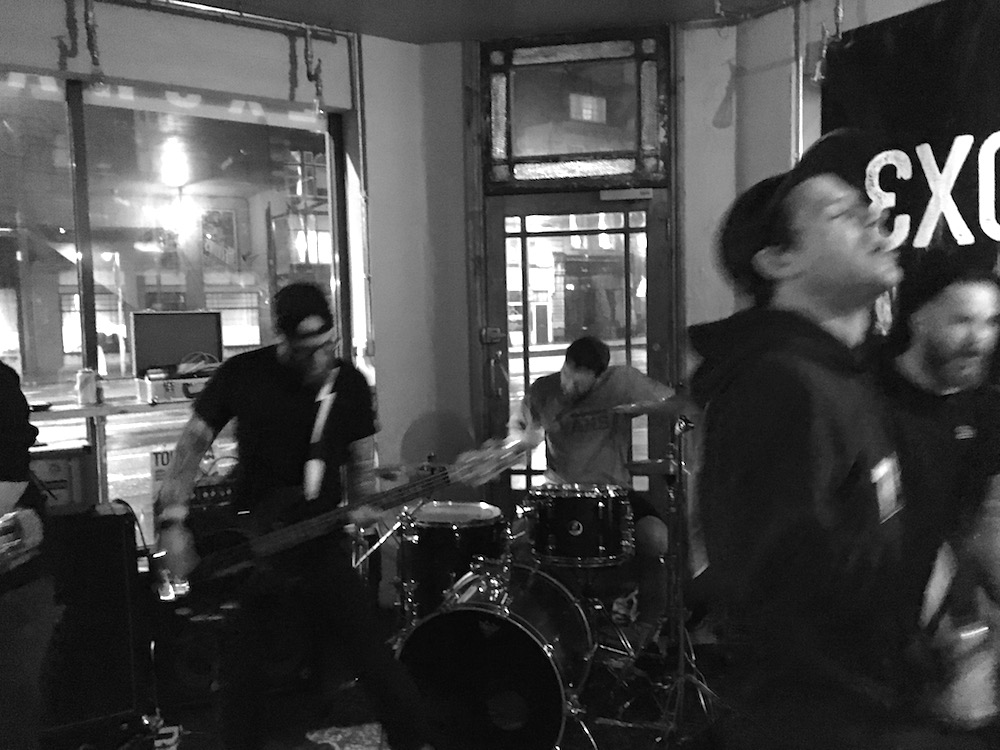 This birthday gig, which was also our first gig in over a month and first of the year, was superb. I love going to these small DIY gigs, you're always guaranteed such a good night of punk rock. For me this night was all about Quitters and The Run Up and both bands delivered and then some! We were very much looking forward to seeing them again in London in a few days time. (At time of posting this review it was yesterday and it was again great!).

This gig review was written by Colin Clark. Photos by Emma Prew.
Posted by ColinsPRW at 16:50:00