Long Island, New York punk rockers Iron Chic are hugely DIY. Preferring to playing small independent venues rather than bigger, franchised venues. Iron Chic are also hugely popular. So much so that when their show at The Montague Arms in South London was announced it sold out within hours. Because of this, promoters Everything Sucks decided to put on an earlier show so that more people could witness the phenomenon that is Iron Chic. Both shows had different support acts with Bear Trade opening up the early show and then Molar and The Exhausts warming up the crowd for the evening show. Emma and I could only make the evening show but our pal Sarah from Shout Louder Punk reviewed the early show here. 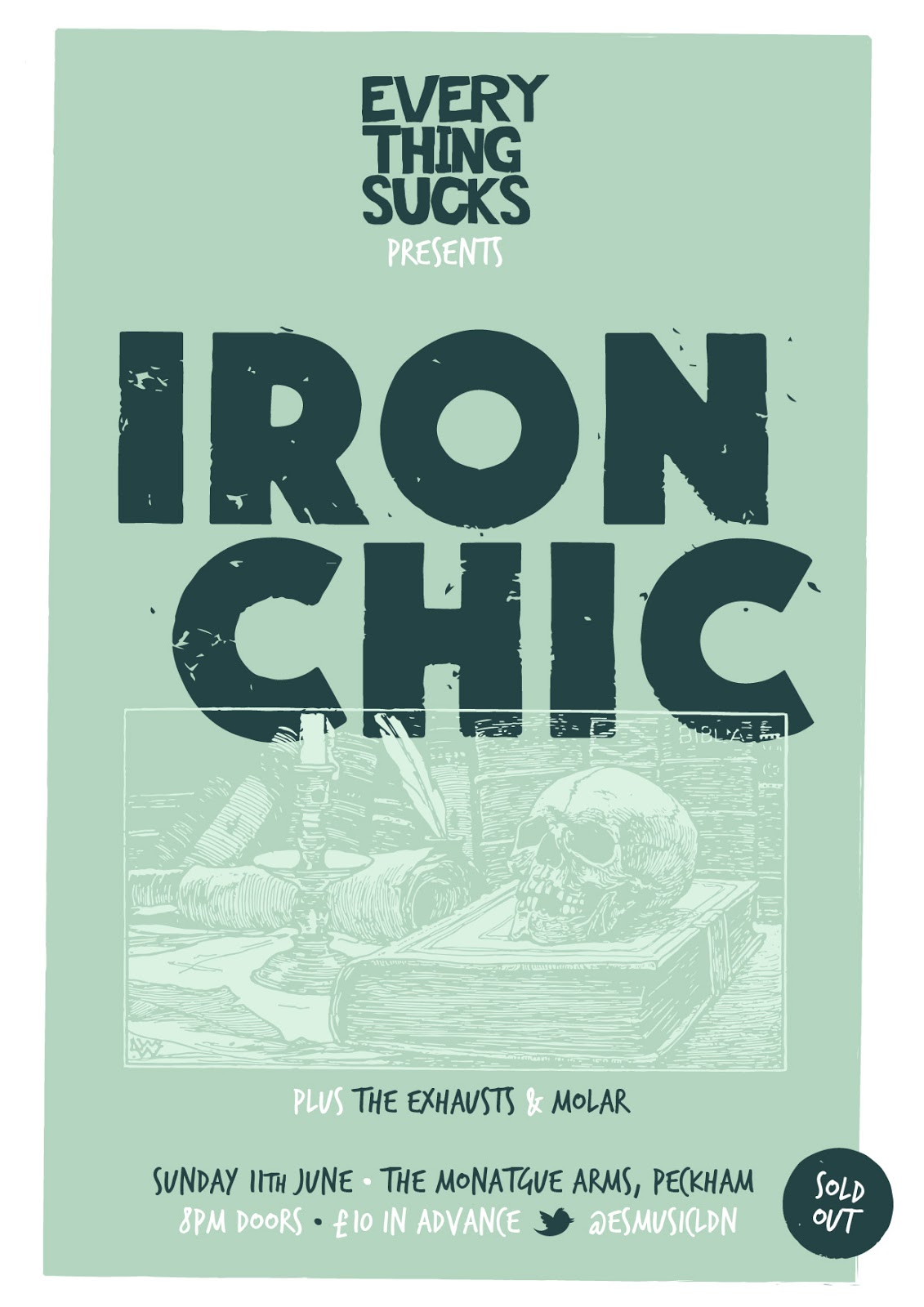 When we arrived at the Montague Arms there were already a fair few people around ready for what was guaranteed to be a fantastic night. First up were Molar. This was my second time seeing the four piece from London. The first time I saw them I can remember enjoying them enough but never feeling completely enamoured by them. This time however I felt like Molar had really stepped up their game. The dual vocals between the band's drummer and one of the guitarists was a delight, adding a fantastic layer and depth to their songs. Molar are obviously a band that keep on progressing and I can only imagine it won't be long until they are one of the most talked about bands in the scene. 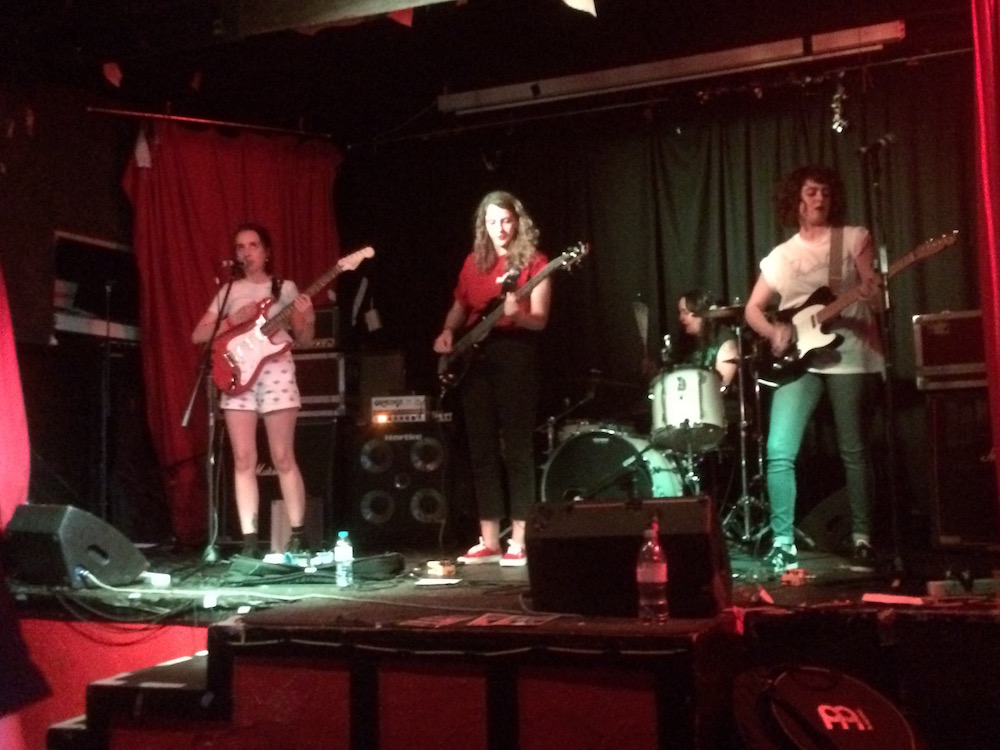 When we saw The Exhausts play at South East fest back in February they were without a doubt one of our highlights. Having the opportunity to see them again was a brilliant bonus of seeing Iron Chic again. The three piece's brand of in-your-face pop punk translates really well from record to the stage. I don't think The Exhausts have written a bad song and it's clear that the entire set went down a storm with not only Emma and I but everyone in the Montague Arms. The banter between Rory, Tommy and the rest of the crowd was hilarious, whether they were joking about not knowing how to play the songs or trying to get rid of some old t-shirts, they kept the crowd entertained between songs - whilst melting our faces with banger after banger. We were even treated to a couple of new songs from an upcoming EP that we are really looking forward to. I can't think of many of the more modern day era of punk rock bands that are as universally loved as Iron Chic. The five piece have wowed crowds all over the world with their melodic gruff punk rock. Guitarist Phil Douglas (who I think is an incredibly underrated musician - watching him live is just spellbinding) starts things off with a cry of "kick it" and the party begins. The first song up is Cutesy Monster Man and from that moment and for the next forty-five minutes there was a euphoric sing-a-long. I love Jason Lubrano as a frontman, he does so little but always manages to have the crowd in the palm of his hand. Just stumbling around the stage and occasionally hitting himself on the head, but the crowd absoletly laps it up. Iron Chic are a band that don't need to do gimmicky things on stage, just letting their incredible music do the talking. Everything sounded great as always so it's hard to pick out any real highlights because in truth the whole set was a highlight. It was however great to hear some new material from the band, it's been too long since they released there last full length, The Constant One. Of course this song was brilliant and I eagerly await more news on a future release. Iron Chic also like to throw a cover song into their set. Joking about how they wrote this song in 1994, the band broke into a fantastic rendition of Green Day's She. After forty-five minutes of shouting my lungs out and throwing my fists in the air, Iron Chic were done and the whole room was full of massive smiles. Iron Chic are so good. 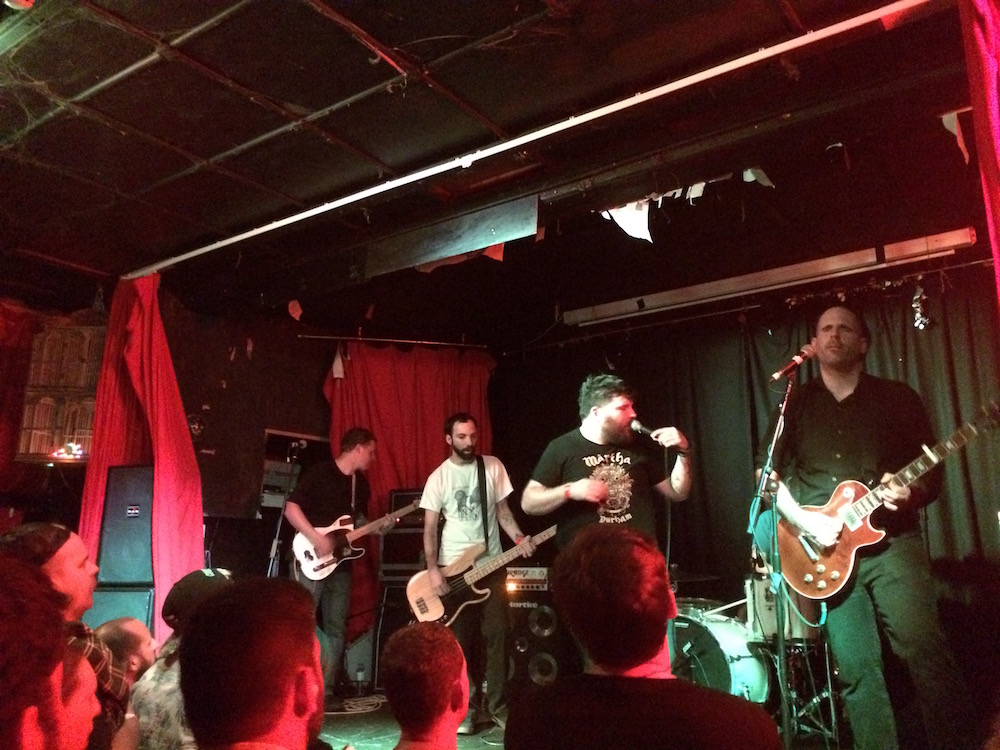 This gig review was written by Colin Clark.
Posted by ColinsPRW at 18:09:00