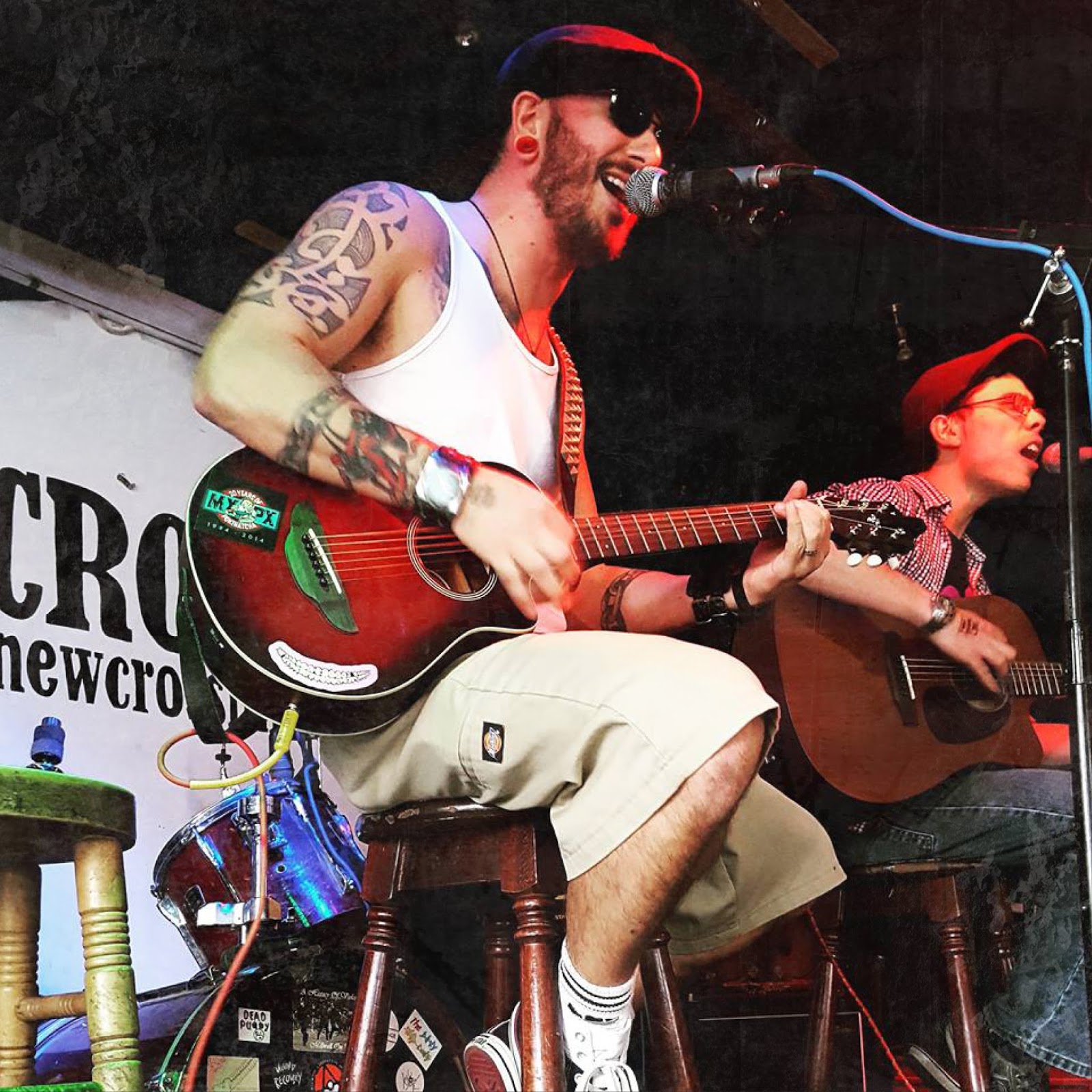 Gateway Band?
The Offspring. I used to be heavily into 80s thrash metal and then one day this German kid played me Bad Habit and I was hooked from then on. Having SMASH and Ixnay on the Hombre define what punk was for me probably explains a lot about my heavy love of Melodic Hardcore.

Favourite Album Ever?
Oh man what? Just one favourite???? Well Remember Death from MUTE is a little too new right now to consider a favourite ever so I think I’m gonna go with Hero Of Our Time by the Satanic Surfers. They were my first blisteringly fast punk rock band and that album was the template I used for the next 15 years to decide whether I liked a band or not.

Guilty Pleasure?
I listen to covers of pop songs that have been reworked to be about Pokémon.

Favourite Gig?
SO HARD!!!!!!!!! I’ve been gigging pretty relentlessly for a long time now. The best I can think of would probably be Deconstruction 200…4? Maybe. In Brixton Academy. It was notable for a few things. One I kissed a girl I had crushed on for ages. Two it was the first time I saw Strike Anywhere who that day joined my greatest bands list. And three MXPX played and not only did Mike Herrera thumbs up me for having an MXPX tattoo but he threw his pic into the crowd and I caught it. All in all the best time you can possibly have at a show.

Favourite Venue?
Sadly it’s not there anymore but the London Astoria was my favourite venue. When I was a teenager it was THE place in London that the big punk acts would play at. I saw Blink 182, Jimmy Eat World, Fenix TX, MXPX, Less Than Jake, Capdown, Sum 41, Guttermouth, Rancid and so many more there. It was the greatest and contained most of my best teenage memories.

Silliest Thing Done For Punk Rock?
Dunno if you’d class it as specifically for punk rock but I once went to a Halloween party at the Electric Ballroom dressed as “teenage angst”. It involved covering my entire upper body in red body paint and scrawling “DON’T JUDGE ME” over and over on my body.

What To Buy You If I See You At A Gig?
Buy me a T-shirt or a CD, or just give me a demo. I love to support bands and checking out a CD of a band that’s just kicked ass onstage is the best!

Band You've Seen The Most?
Probably Demon Smiles. I remember them first forming and have been consistently going to their shows for four years now. Even filling in on guitar with them on occasion!

Band You Wish You Could Have Seen?
No Use For A Name. They are the one group I love that I never got around to seeing live.

What Punk Rock Means To You?
Punk rock to me is all about allowing the freedom to be exactly who you want to be and others being totally stoked about it. You don’t need a Mohican or a studded leather jacket and a Stiff Little Fingers back catalog, just a willingness to love others as they are and to stand up for their right to that expression. Some of the punkest people on the planet have never listen to a punk record and that guy in the patched up denim waistcoat with a safety pin through his nose might be a closed minded bigot. Punk is acceptance and family, for me it just happens to also revolve around the coolest music on the planet too!!

Other Interests?
Yeah I love board sports, mainly skateboard and snowboarding but basically strap any plank of wood to my feet and expect me to stay on it while it’s hurtling in some direction and I’m happy. I’m pretty massively into Brazilian Jiu Jitsu these days too, it’s up there with playing in a band as my favourite thing in the world right now. I’m an avid gamer too and read a lost of comic books and high fantasy novels.